Potential Biomarker Identified for Relapse of Acquired Hemophilia A 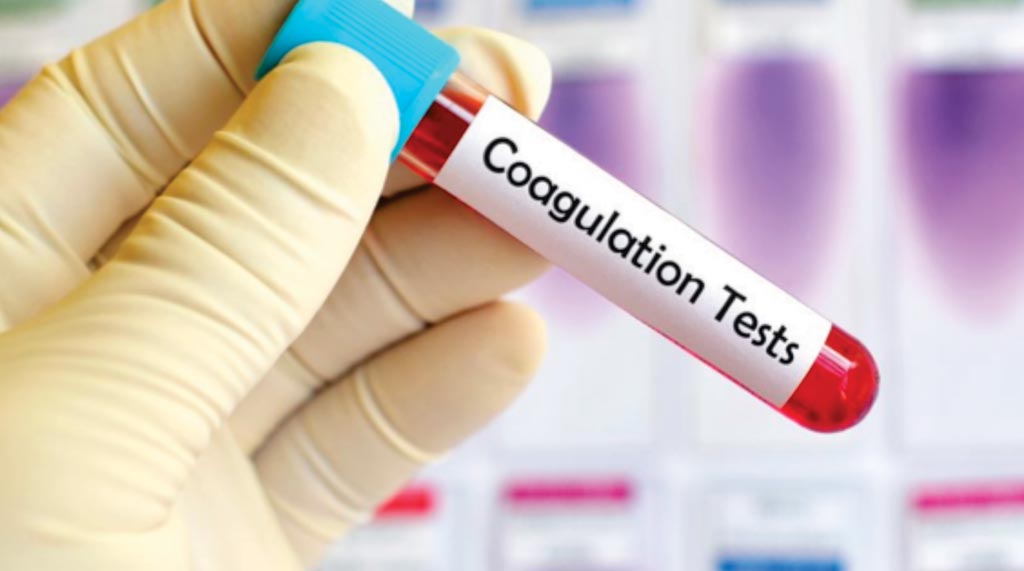 Image: The factor VIII:C/VWF:Ag ratio as a useful tool to predict relapse in patients with acquired hemophilia A (Photo courtesy of Joana Fernandes, PhD).
Acquired hemophilia A (AHA) is a rare autoimmune bleeding disorder caused by the presence of autoantibodies against coagulation factor VIII (FVIII) and the mortality rate remains high. The disorder characterized by bleeding that occurs in patients with a personal and family history negative for hemorrhages.

A team of scientists working with hematologists at University Hospital of Nantes (Nantes, France) enrolled 64 AHA patients all diagnosed between 2000 and 2015. Their median age at diagnosis was 78.9 years, most were men (63%), and only five (8%) had no bleeding symptoms. Thirty patients (47%) had bleeding in multiple sites. The most common manifestations at diagnosis were subcutaneous (under-the-skin) and muscular hematoma (swelling from blood leakage) in 47 patients (73%). The most common underlying disorders were cancer (16%) and autoimmune disorders (9%). In 30 patients (47%), AHA was considered idiopathic (with no known cause).

The team calculated the ratio between the blood clotting protein factor VIII (FVIII) and the von Willebrand factor (VWF) which may be a reliable biomarker of recovery and relapse in patients with acquired hemophilia A (AHA). Factor VIII is closely associated with the protein VWF, which helps platelets adhere to sites of blood vessel damage and protects FVIII in the circulation. The FVIII/W ratio, between FVIII activity (FVIII:C) and the VWF antigen, is normally close to 1.0, but, in patients with inherited HA or von Willebrand disease (VWD) type 2N, it is lower than 0.5 due to the decrease in FVIII.

The team reported that the median FVIII/W ratio, assessed in 46 patients, was 0.01, significantly lower than in 40 healthy subjects (1.13), 26 patients with VWD type 2N (0.25), and 39 patients with inherited hemophilia (0.38). The median follow-up duration was 22.9 months. Fifty-five patients (86%) achieved complete remission, but 11 of these patients (20%) relapsed. Time to relapse after achieving complete remission was 8.9 months. All 22 patients who did not relapse showed regular increases in the analyzed ratio until normalization, with only one patient later showing a ratio inferior to the lower normal value (0.66).

The authors concluded that their data suggest that the FVIII/W ratio could be considered a sensitive biological marker to predict recovery and/or relapse in AHA. The study was originally published on May 2, 2019, in the journal Haemophilia.