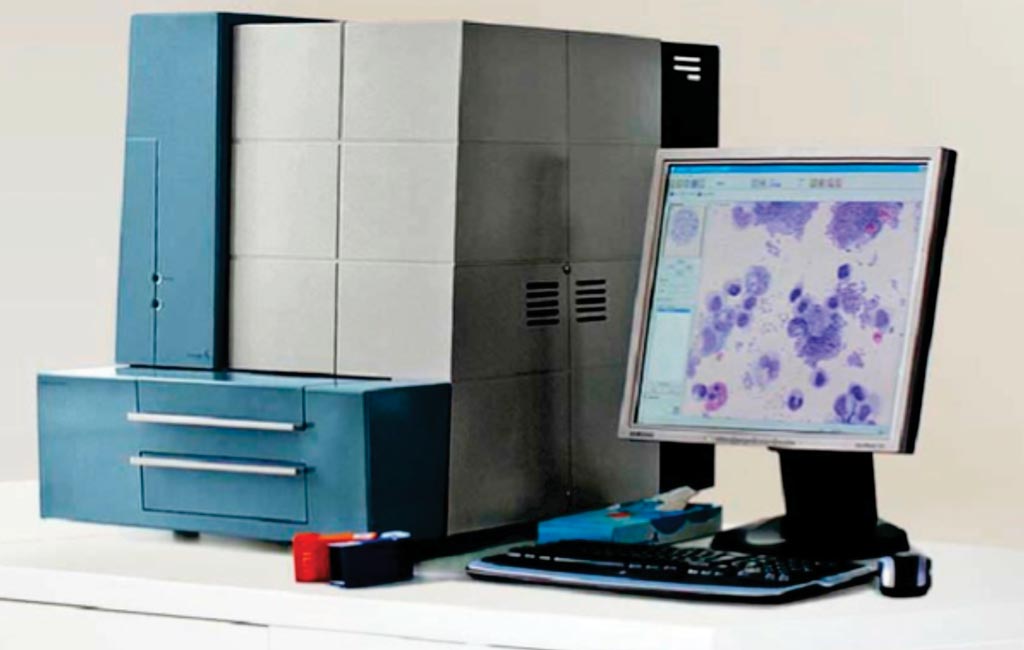 Examination of stained blood smears may be performed with a microscope or may be semi-automated with digital image analysis systems. The performance and costs of currently available analysis configurations with special focus on a proposed alternative using a minimal hematology analyzer plus a digital imaging device, allowing for remote oversight and interpretation has been compared.

Medical Laboratory scientists at the University of California, San Diego (La Jolla, CA, USA) and their colleagues used patient samples with orders for complete blood counts (CBCs) with white blood cell (WBC) differentials. During a 6-week period, a total of 206 blood samples were selected to represent a variety of clinical conditions, including samples with no abnormalities. The team wanted to determine whether low-volume laboratories might realize savings while gaining function by substituting commonly used configurations with a proposed alternative.

The authors concluded that the adoption of hematology analysis conﬁgurations including the CellaVision system at clinical sites with low to moderate daily testing volume (i.e., fewer than 100 tests per day) will likely lead to decreased costs, more efﬁcient personnel utilization, and improved overall service (for example, decreased turnaround time and increased accuracy) as compared to conﬁgurations using either simple or complex hematology analyzers. The study was published on April 10, 2019, in the journal Archives of Pathology & Laboratory Medicine.