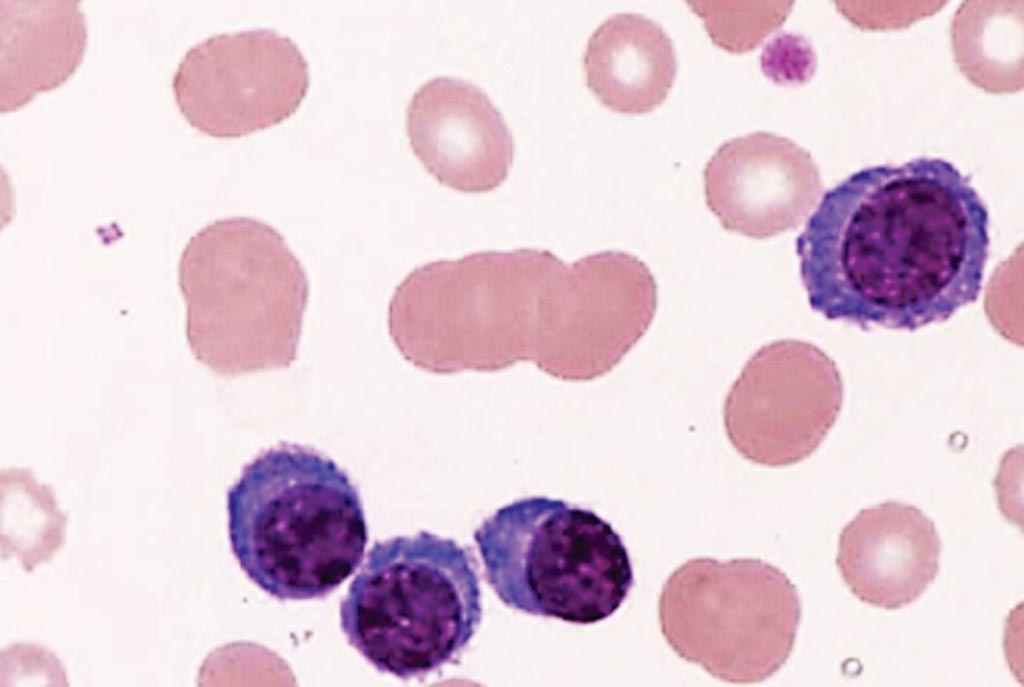 This definition includes both primary PCL (pPCL), arising de novo, in the absence of antecedent multiple myeloma (MM), and secondary PCL (sPCL), which describes leukemic transformation of MM. PCL is clinically and biologically distinct from MM with a younger age at diagnosis, higher propensity to show visceral and extramedullary involvement, and unique biologic, immunophenotypic and cytogenetic characteristics.

Hematologists at the Mayo Clinic (Rochester, MN, USA) included in their study 176 patients, for which the median age was 62 years and the majority of which were men (56%). Similar numbers of patients were in each group: 54 patients (31%) had less than 5% CPCs, 63 patients (36%) had between 5% and 19% CPCs, and 59 patients (34%) had 20% or greater CPCs. The percentage of CPCs was derived from the conventional white blood cell differential count, which consists of a microscopic evaluation of Wright-Giemsa-stained peripheral blood smears. Cytogenetic information was collected from patients who underwent fluorescence in-situ hybridization (FISH) evaluation within six months of diagnosis and used to classify these patients as standard risk.

Wilson Gonsalves, MD, an oncologist and a co-author of the study, said, “The current definition of plasma cell leukemia was too restrictive. Many more myeloma patients exist with 5% to 19% circulating plasma cells that behave phenotypically similar to those who have 20% or more circulating plasma cells.” The authors proposed that PCL should be defined as the presence of ≥ 5% CPCs on a conventional peripheral blood smear in patients who meet diagnostic criteria for MM. PCL is a clinically and biologically distinct entity from MM, and specifically high-risk MM, and carries a worse prognosis. The study was published on November 15, 2018, in the Blood Cancer Journal.