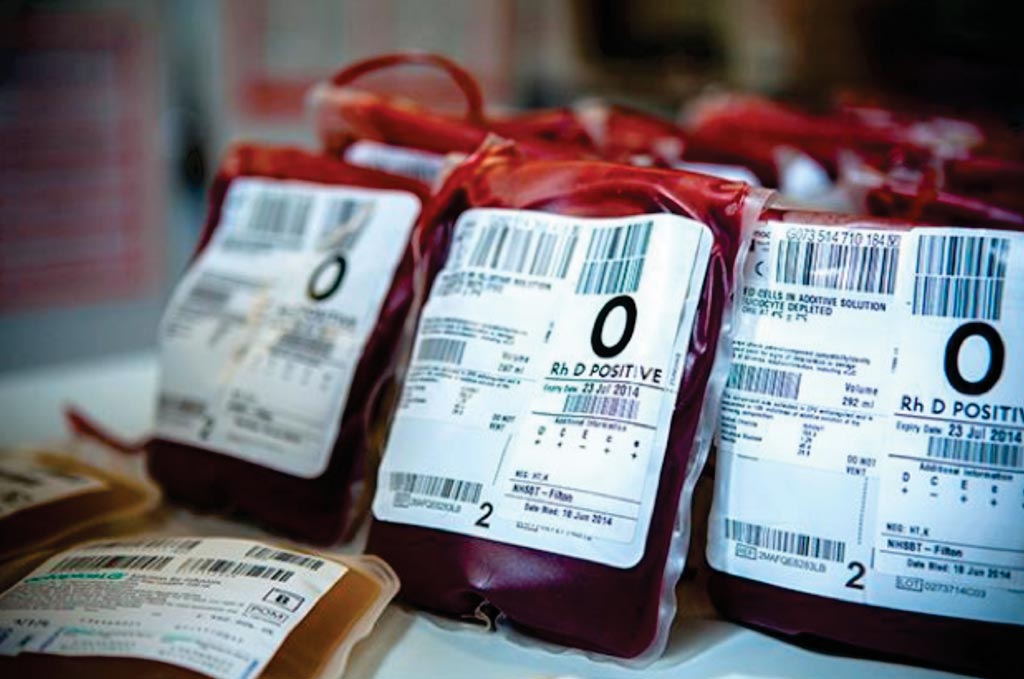 A blood transfusion is a safe, common procedure in which blood is given through an intravenous (IV) line in one of the blood vessels. Major trauma victims can require massive transfusions of blood or blood products in a very short time. Clinical effects of stored blood toxicity include elevated risk of clot formation, infection, sepsis, organ failure and death.

A team of medical scientists led by those at the University of Alabama at Birmingham (Birmingham, Al, USA) analyzed data from the Pragmatic, Randomized Optimal Platelet and Plasma Ratios trial. Subjects in the parent trial included critically injured adult patients admitted to 1 of 12 North American Level I trauma centers who received at least one unit of packed red blood cells (RBCs) and were predicted to require massive blood transfusion.

The investigators reported that the 678 patients included in the analysis received a total of 8,830 packed RBC units. One hundred patients (14.8%) died within the first 24 hours. On multivariable analysis, the number of packed RBCs greater than or equal to 22 days old was independently associated with increased 24-hour mortality (adjusted odds ratio [OR] 1.05 per packed RBC unit; OR 0.97 for 0 to 7 days old; OR 1.04 for 8 to 14 days old and OR 1.02 for 15 to 21 days old. Results of sensitivity analyses were similar only among patients who received greater than or equal to 10 packed RBC units. Packed red blood cells aged 22 days or more were associated with a 5% increase in mortality risk As more units of packed red blood cells were transfused, the likelihood of harm increased, the study found.

The authors concluded that increasing quantities of older packed RBCs are associated with increased likelihood of 24-hour mortality in trauma patients receiving massive packed RBC transfusions (≥10 units), but not in those who receive fewer than 10 units. Allison R. Jones, PhD, RN, CCNS, an Assistant Professor and lead author of the study said, “Our analysis shows that transfusions of packed red blood cell units stored for 22 days or longer are potentially toxic. To avoid adverse events or death, patients who require massive transfusions may benefit from receiving fresh stored packed red blood cells, or those stored for 14 days or less.” The study was published on November 14, 2018, in the journal Annals of Emergency Medicine.