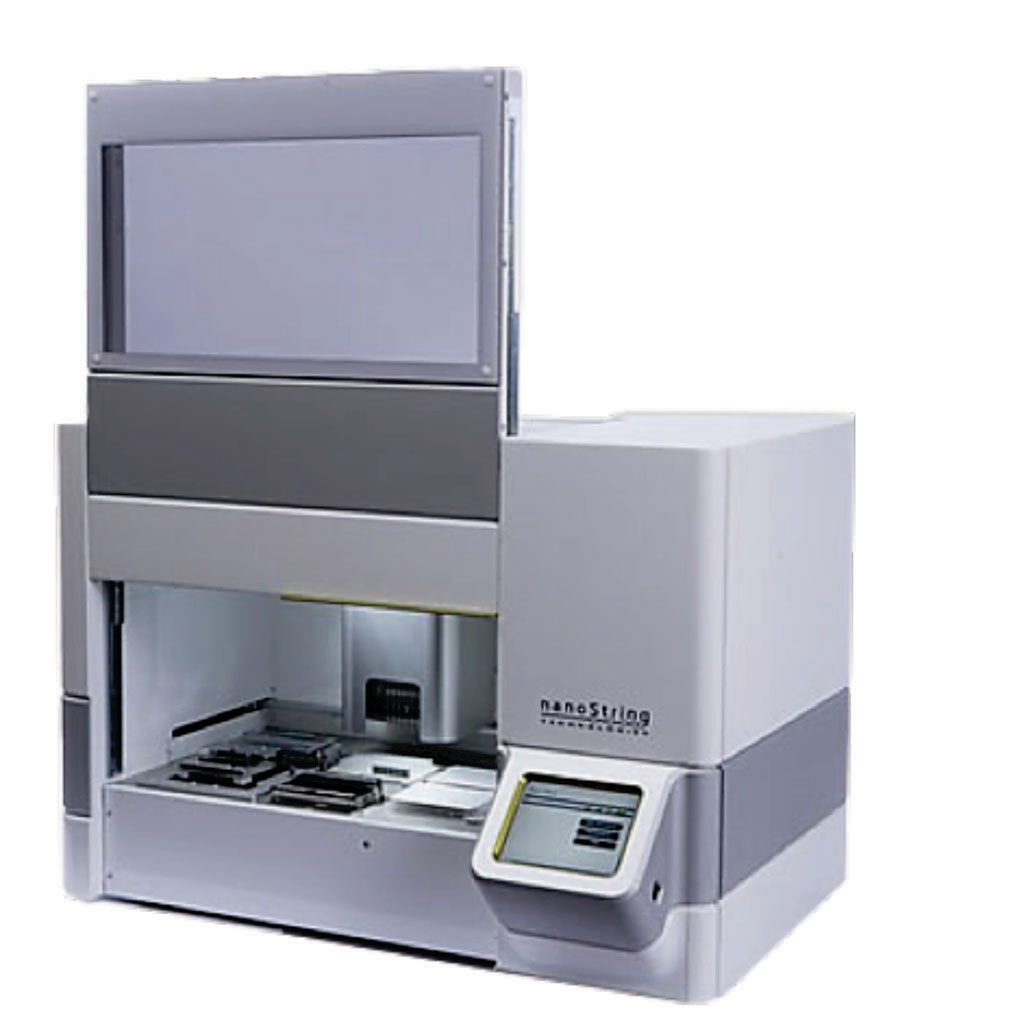 Image: The nCounter Analysis System is a novel digital read-out technology that provides direct multiplexed measurement of gene expression with high levels of precision and sensitivity (Photo courtesy of NanoString Technologies).
A 17-gene signature derived from leukemia stem cells has been developed that can predict at diagnosis if patients with acute myeloid leukemia (AML) will respond to standard treatment.

This new biomarker could potentially transform patient care in AML by giving clinicians a risk scoring tool that within a day or two of diagnosis can predict individual response and help guide treatment decisions.

A large team of scientists led by those at the Princess Margaret Cancer Centre (Toronto, ON, Canada) developed the new biomarker which is named the LSC17 score as it comes from the leukemia stem cells that drive disease and relapse. The team identified the LSC17 score by sampling the leukemia stem cell properties of blood or bone marrow samples from 78 AML patients from the cancer center combined with molecular profiling technology that measures gene expression.

In the study, analysis of patient samples demonstrated that high LSC17 scores meant poor outcomes with current standard treatment, even for patients who had undergone allogeneic stem cell transplantation. A low score indicated a patient would respond well to standard treatment and have a long-term remission. The test to measure the LSC17 score has been adapted to a technology platform called NanoString (NanoString Technologies, Seattle, WA, USA).

The scientists generated a list of genes that are differentially expressed between 138 LSC+ and 89 LSC− cell fractions from 78 AML patients validated by xenotransplantation. To extract the core transcriptional components of stemness relevant to clinical outcomes, they performed sparse regression analysis of LSC gene expression against survival in a large training cohort, generating a 17-gene LSC score (LSC17). The LSC17 score was highly prognostic in five independent cohorts comprising 908 patients of diverse AML subtypes and contributed greatly to accurate prediction of initial therapy resistance. Patients with high LSC17 scores had poor outcomes with current treatments including allogeneic stem cell transplantation.

Jean C.Y. Wang, MD, PhD, FRCPC, the senior author of the study, said, “The LSC17 score is the most powerful predictive and prognostic biomarker currently available for AML, and is the first stem cell-based biomarker developed in this way for any human cancer. Clinicians will now have a tool that they can use upfront to tailor treatment to risk in AML.” The study was published on December 7, 2016, in the journal Nature.