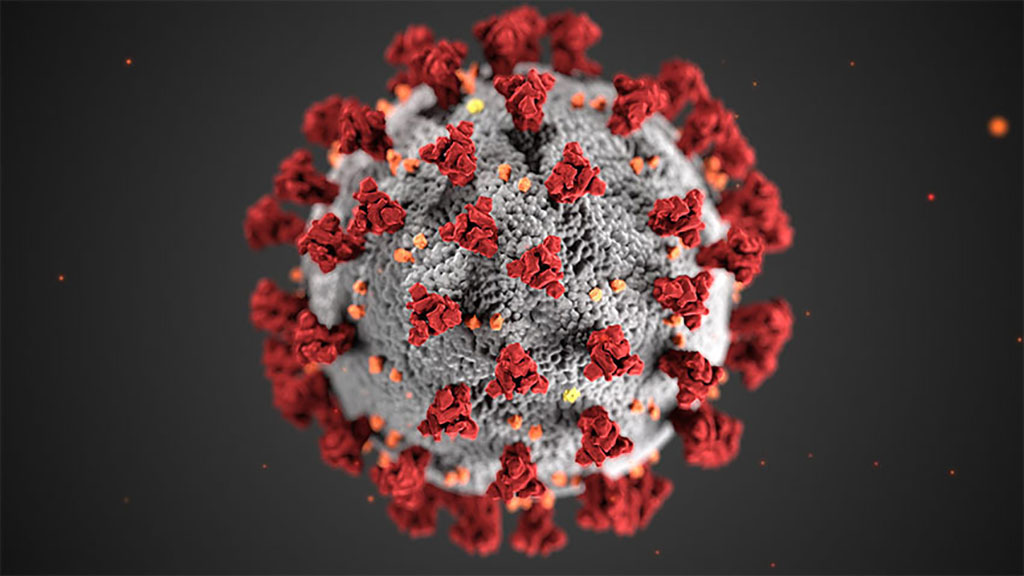 Image: SARS-CoV-2 (Photo courtesy of CDC)
New findings from a Michigan Medicine study reveal that antibody testing is predictive of prior COVID-19 infection, and rapid screening methods – even from finger pricks – are effective testing tools.

Researchers at the University of Michigan (Ann Arbor, MI, USA) analyzed antibody tests conducted on more than 500 subjects in patient care settings. They found that people who had COVID, including those with mild symptoms, produced antibodies. The findings also indicate that rapid screens can predict infection with nearly the same precision as antibody tests conducted in a lab. The research team believes that the results could prove very useful for providers.

The team examined lateral flow assays, which they describe as modern litmus tests: A drop of blood or serum is placed on filter paper that changes color to indicate whether antibodies are present. Researchers then compared three rapid screens taken by finger pricks or blood draws in point-of-care settings to serology tests assessed in a lab. They examined data from 512 patients, of which 104 had a history of COVID-19 and a positive PCR test. Despite some false positives, two rapid tests agreed with positive lab results between 93% and 97% of the time. Both tests outperformed the third brand, which lost its FDA emergency use authorization during the trial.

“For a long time, people were very worried that people with mild COVID did not make immune responses,” said Charles Schuler, M.D., a clinical assistant professor of allergy and immunology at Michigan Medicine. “This should give people confidence that the tests that are available to them aren’t just random number generators. They’re actually giving them something useful.”