Repeatability and Reproducibility of a Handheld Quantitative G6PD Diagnostic 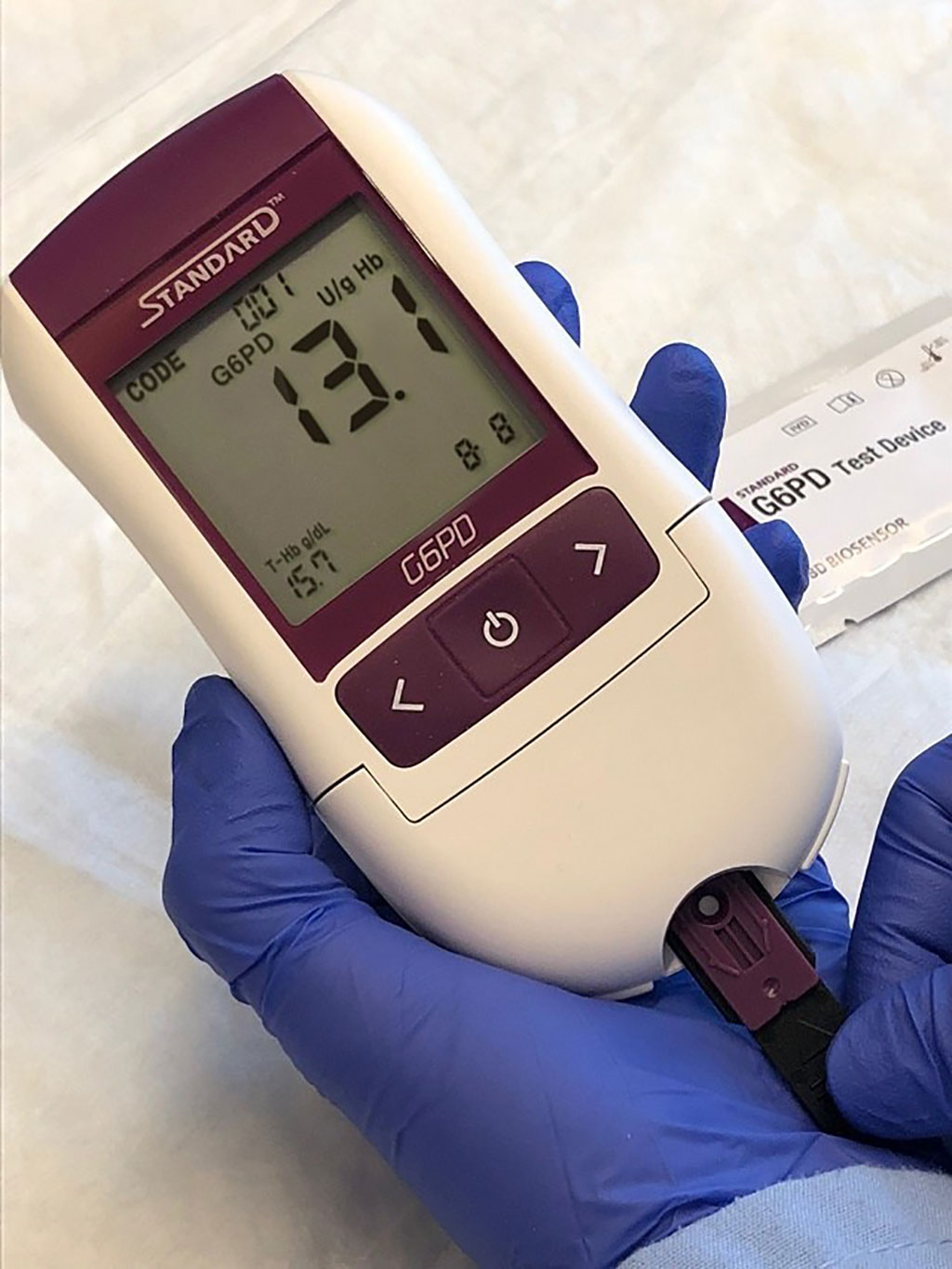 Novel treatment regimens for the radical cure of P. vivax malaria are more effective than current options but require prior quantitative G6PD testing. The reference method for quantitative G6PD measurement is spectrophotometry but, due to its operational characteristics, is not suitable for routine use. Furthermore, poor inter-laboratory reproducibility of spectrophotometry has prevented quantitative global definitions of G6PD deficiency. SD Biosensor (ROK) have developed a novel handheld “Biosensor” device (G6PD STANDARD), which measures G6PD activity within two minutes and has operational characteristics suited to point of care diagnosis.

An international team of medical scientists led by those at the Charles Darwin University (Darwin, Australia) determined the repeatability of a point-of-care assay (precision when repeated under constant conditions) and reproducibility (assay precision under different conditions, such as across devices, operators and sites), since robust performance of these characteristics is necessary for rolling-out universal thresholds for clinical decisions.

A hand-held quantitative G6PD diagnostic developed by SD Biosensor (STANDARD G6PD test, Suwon-si, Republic of Korea), and was tested in the study. The Biosensor device quantifies hemoglobin (Hb) concentration using a photo-reflectance based algorithm informed by the sample’s color intensity. This is measured on a separate spot to that for the G6PD activity. The handheld device displays G6PD activity (in U/gHb) and hemoglobin (Hb) levels (in g/dL) two minutes after applying the blood buffer solution, however the manufacturer indicates that results cannot be considered if Hb readings are equal to or below 7g/dL. To ensure that identical samples were tested across all sites, commercial controls were used with all controls within one phase being from the same lot (Analytical Control Systems, Inc., Fishers, IN; USA). Spectrophotometry was performed using kits from Pointe Scientific (Canton, MI, USA).

The investigators reported that when tested at one site, the mean coefficient of variation (CV) was 0.111, 0.172 and 0.260 for high, intermediate, and low controls across all devices respectively; combined G6PD Biosensor readings correlated well with spectrophotometry (rs = 0.859). When tested in different laboratories, correlation was lower (rs = 0.604) and G6PD activity determined by Biosensor for the low and intermediate controls overlapped. The use of lyophilized human blood samples rather than fresh blood may have affected these findings. Biosensor G6PD readings between sites did not differ significantly, whereas spectrophotometry readings differed markedly between sites.

The authors concluded that their findings suggest that the Biosensor offers reproducible quantitative diagnosis of G6PD status at the point-of-care in the hands of well-trained technicians. If repeatability and reproducibility as well as the previously reported accuracy are confirmed under real life conditions, the Biosensor has the potential to simplify access to effective radical cure of P. vivax malaria. The study was published on February 17, 2022 in the journal PLOS Neglected Tropical Diseases.