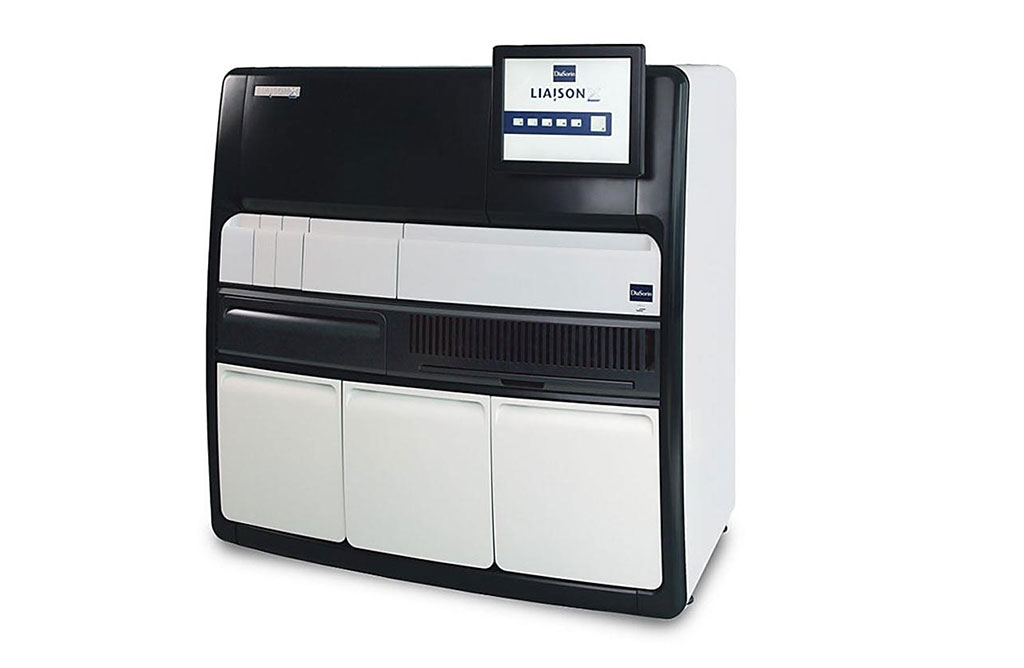 Image: The LIAISON XL is a fully automated chemiluminescence analyzer (Photo courtesy of DiaSorin)
Observational epidemiological studies have consistently found that low concentrations of circulating 25-hydroxyvitamin D (25[OH]D), a metabolite used as a clinical indicator of vitamin D status, are associated with an increased risk of cardiovascular disease and all-cause mortality, as well as other chronic diseases.

An international team of Medical Scientists in collaboration with and led by the University Hospital Würzburg (Wurzburg, Germany) undertook observational analyses using data from 33 prospective studies comprising 500,962 individuals with no known history of coronary heart disease or stroke at baseline. Mendelian randomization analyses were performed in four population-based cohort studies, comprising 386,406 middle-aged individuals of European ancestries, including 33,546 people who developed coronary heart disease, 18,166 people who had a stroke, and 27,885 people who died.

The authors concluded that they had found genetic evidence to suggest a causal relationship between 25(OH)D concentrations and mortality in individuals with low vitamin D status. The results have implications for the interpretation and design of vitamin D supplementation trials, and potential disease prevention strategies. The study was published on October 27, 2021in the journal The Lancet Diabetes & Endocrinology.