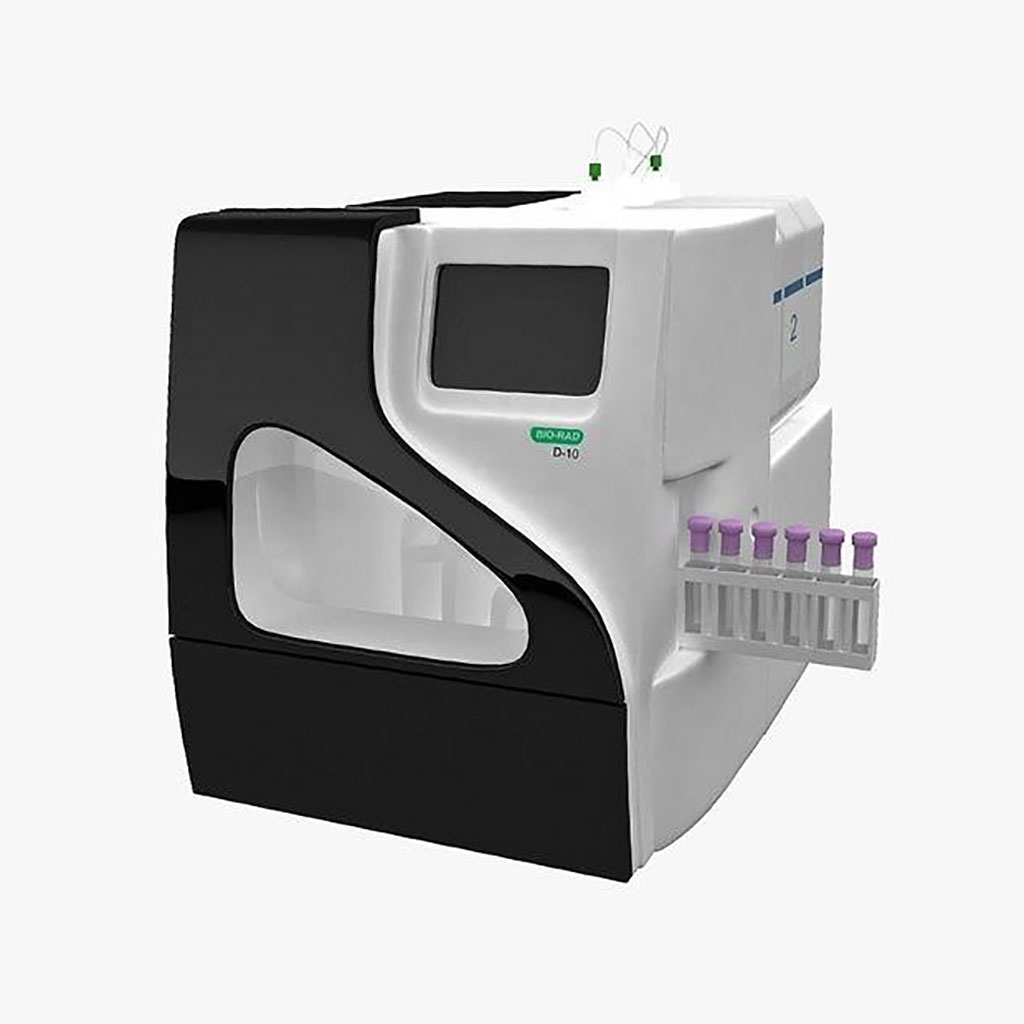 Image: The D-10 Hemoglobin Testing System provides comprehensive, automated hemoglobin testing in a compact footprint, combining HbA1c and HbA2/F/A1c testing on a single platform (Photo courtesy of Bio-Rad)
Sub-Saharan Africa is projected to experience a significant increase in the prevalence of diabetes mellitus by in the near future and accurate, comparable prevalence estimates will be essential to planning and monitoring by public health authorities.

Diagnosis based on glycated hemoglobin (HbA1c) is attractive because it provides an integrated assessment of glycemic status over the preceding three months and has low analytical variability, but the extent to which this single threshold may be adopted in all sub-Saharan African populations is questionable. Existing data suggest that in individuals of African descent, HbA1c may be higher for any given degree of glycaemia than in individuals of European descent.

A large international team of medical scientists led by those at the University of the Witwatersrand (Johannesburg, South Africa) included in a study 765 black individuals aged 40–70 years and with no history of diabetes. The team investigated concordance between hemoglobin A1c (HbA1c)-defined diabetes and fasting plasma glucose (FPG)-defined diabetes in a black South African population with a high prevalence of obesity.

The investigators reported that the prevalence of HbA1c-defined diabetes was four times the prevalence of FPG-defined diabetes (17.5% versus 4.2%). Classification was discordant in 15.7% of participants, with 111 individuals (14.5%) having HbA1c-only diabetes. Median body mass index, waist and hip circumference, waist-to-hip ratio, subcutaneous adipose tissue and Homoeostatic Model Assessment of Insulin Resistance (HOMA-IR) in participants with HbA1c-only diabetes were similar to those in participants who were normoglycemic by both biomarkers and significantly lower than in participants with diabetes by both biomarkers. HOMA-IR and fat distribution explained additional HbA1c variance beyond glucose and age only in women.

The authors concluded that concordance was poor between HbA1c and FPG in diagnosis of diabetes in black South Africans, and participants with HbA1c-only diabetes phenotypically resembled normoglycemic participants. Further work is necessary to determine which of these parameters better predicts diabetes-related morbidities in this population and whether a population-specific HbA1c threshold is necessary. The study was published on June 17, 2021 in the journal BMJ OPEN.