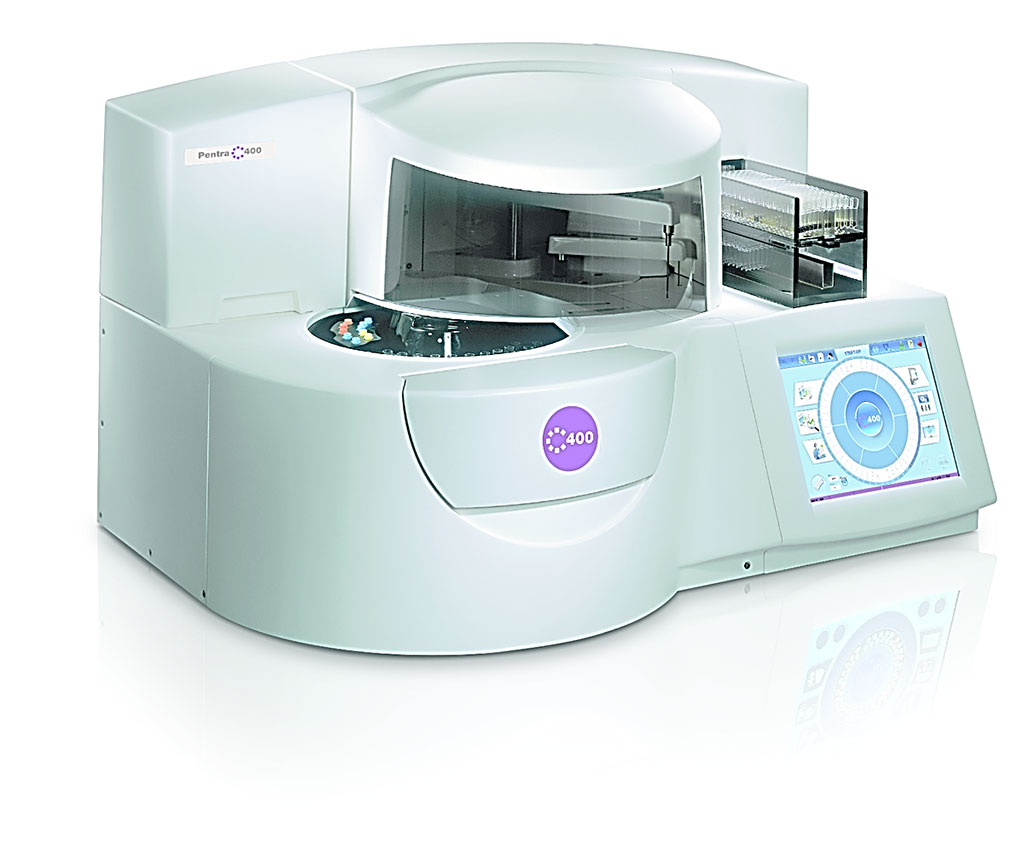 Image: The ABX Pentra 400 is a compact clinical chemistry benchtop autoanalyzer (Photo courtesy of Horiba Medical).
Chronic kidney disease (CKD) is estimated to affect about 10% of the general adult population and is even more prevalent in diabetic patients. It is estimated that 20%–40% of individuals with diabetes have moderate to severe CKD, ranking diabetes as the leading cause of end-stage renal disease (ESRD) and an important risk factor for morbidity and mortality in dialysis patients.

It is known that good glycemic control predicts better clinical outcomes for patients with diabetes, by limiting morbidity and mortality associated with cardiovascular complications and end-organ damage. It has been suggested that the relationship between glycated hemoglobin A1c (HbA1c) and blood glucose concentration is altered as the glomerular filtration rate (GFR) declines.

Scientists at the South African Medical Research Council (Cape Town, South Africa) and their colleagues assess whether the agreement between fasting glucose and glycated proteins is affected by chronic kidney disease (CKD) in a community-based sample of 1,621 mixed-ancestry South Africans. A standard oral glucose tolerance test (OGTT) was performed by drawing a blood sample after an overnight fast, as well as two hours after a 75 g oral glucose load, to determine plasma glucose and serum insulin concentrations.

The investigators reported that of those 96 with CKD, 79%, 16% and 5% where in stages 3, 4 and 5, respectively. Those with CKD had higher levels of HbA1c (6.2% versus 5.7%), glycated albumin (15.0% versus 13.0%) and fructosamine levels (269.7 versus 236.4 μmol/L), compared to those without CKD. Higher fasting glucose levels were associated with higher HbA1c, glycated albumin and fructosamine, independent of age, gender, and CKD. However, the association with HbA1c and glycated albumin differed by CKD status, at the upper concentrations of the respective markers.

The authors concluded that though HbA1c and glycated albumin perform acceptably under conditions of normoglycemia, but their findings suggest that these markers significantly underestimate true glycemic levels in people with CKD, not on dialysis. The results suggest that fructosamine may potentially be a more reliable marker of glycemic levels in those with CKD with elevated fasting blood glucose. The study was published on January 30, 2020 in the journal BMC Nephrology.