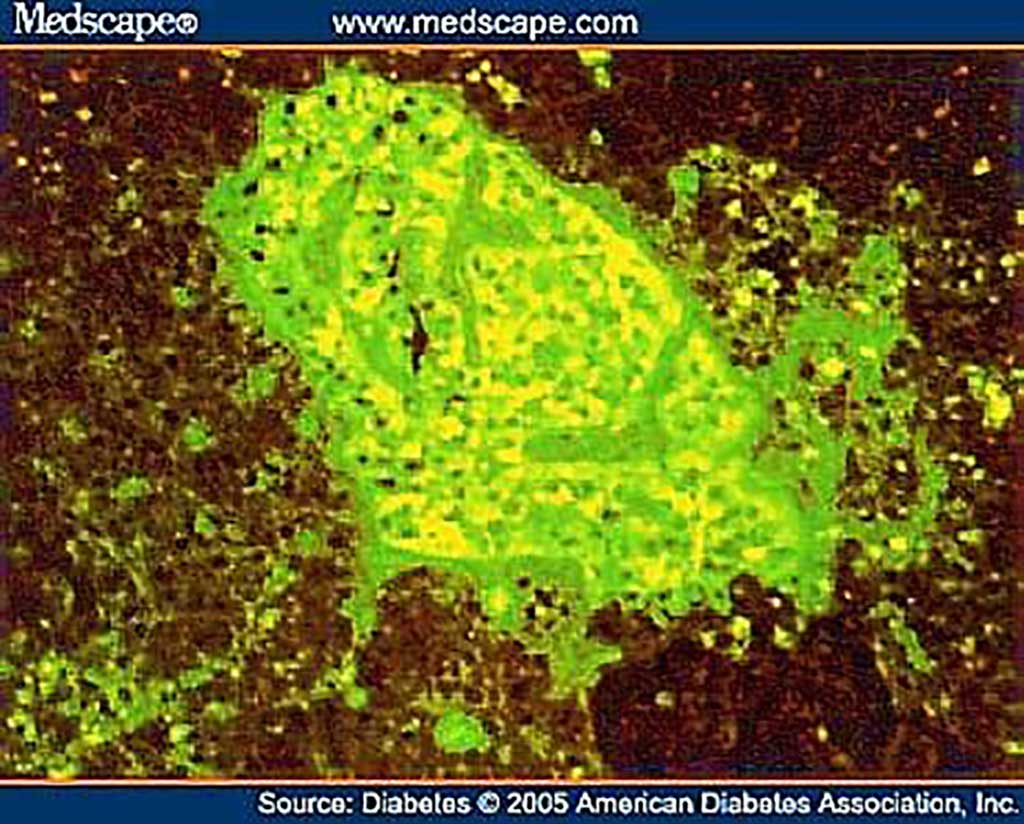 Image: Serum from patients with or at increased risk for type 1 diabetes often possess antibodies that react with the cytoplasm of pancreatic islet cells, which is determined by indirect immunofluorescence testing of serum samples with blood group O human pancreas (Photo courtesy of American Diabetes Association).
Type 1 diabetes (T1D) is a chronic progressive autoimmune disorder with complex polygenic susceptibility, usually associated with certain HLA alleles (IDDM1 locus). Progression to T1D is typically marked by the presence of islet-specific autoantibodies in the serum. In humans, autoantibodies are present months to years before disease onset.

Public health screening for T1D in its pre-symptomatic stages may reduce disease severity and burden on a population level. Pre-symptomatic T1D increases the risk for developing clinical T1D in children aged two to five years, but can be identified via islet autoantibody screening. The rate of T1D development varies among individuals, possibly due to non-HLA genetic factors and/or environmental factors beyond the initial trigger.

Anette-Gabriele Ziegler, MD, a Professor and lead author of the study, said, “This sort of screening would reduce the number of acute and dangerous cases of type 1 diabetes that we would see. Care would start at a much earlier stage when the child is still feeling well. It gives time to learn about the disease, adjust to the likelihood of clinical disease whenever it occurs.” The study was published on January 28, 2020 in the journal JAMA.