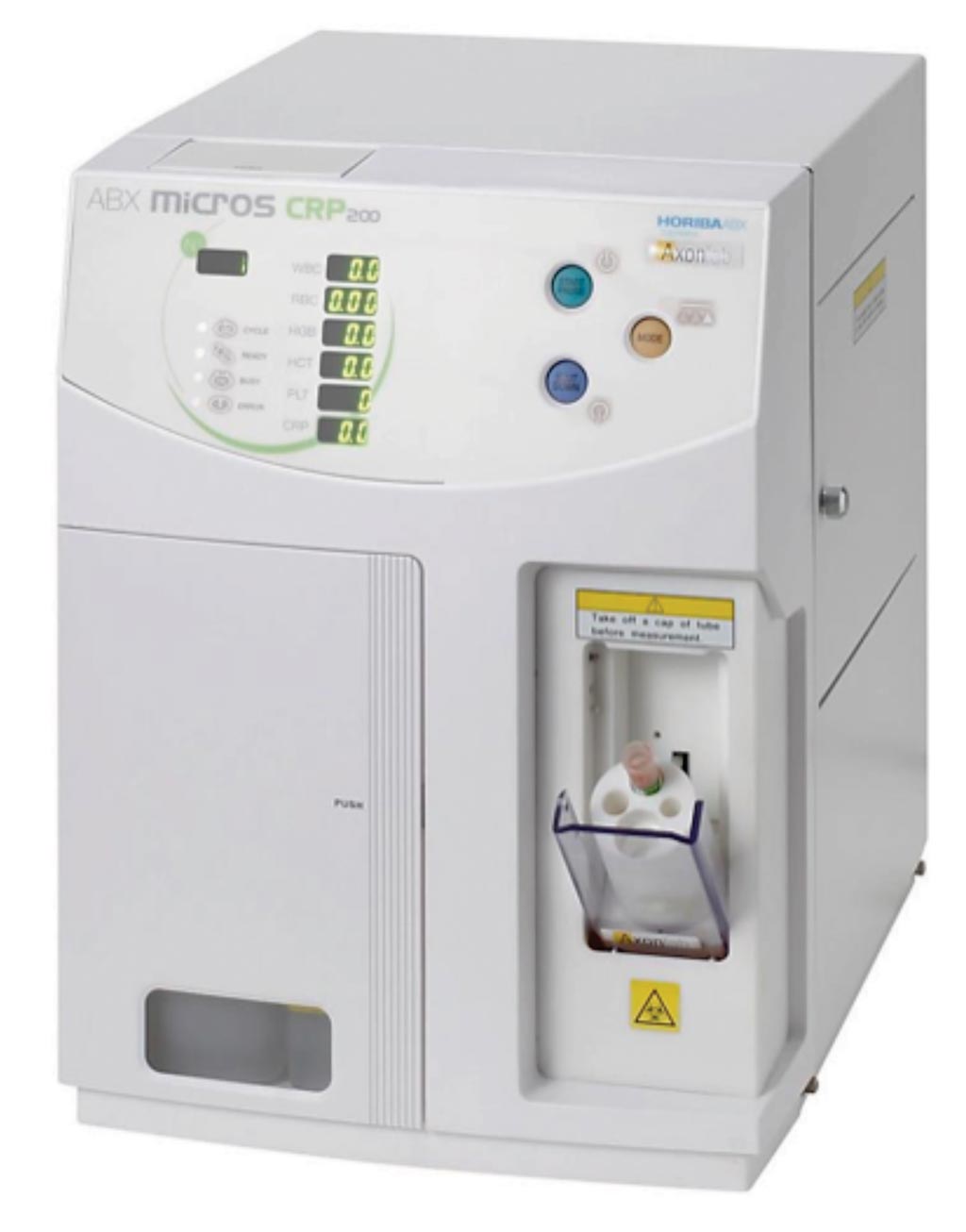 Image: The ABX Micros CRP 200 hematology analyzer (Photo courtesy of Horiba Medical).
Due to the rapid increase of the C-reactive protein (CRP) concentration in the event of an inflammatory disease, CRP is regarded as one of the most important acute phase proteins. Inflammation and CRP play an important role in operations, trauma, mental stress, myocardial infarction and neoplastic diseases.

The use of point-of-care (POC) methods and the measurements of CRP as a diagnostic marker have both increased over the past years. This has led to an increase in POC-methods analyzing CRP. High CRP levels are often seen as an indication for the proscribing of antibiotics. The quality of POC-systems compared to routine diagnostic measurements for the analysis of CRP is thereby of major importance, since many small practices will use POC-methods.

Biomedical scientists from the Salzburg University of Applied Sciences (Puch bei Hallein, Austria) compared POC and classical clinical chemistry methods, using 199 anonymized patient samples (104 male and 95 female patients aged from 31 to 96 years). The blood samples were selected based on a CRP concentration of more than 100 mg/L as measured by the Architect ci8200SR.

The authors concluded that the measured CRP concentrations of the i-CHROMA strongly differ in the higher CRP concentration range when compared to the measurements performed on routine diagnostic equipment. The significantly reduced CRP measurements can strongly affect patient safety and result in wrong diagnostic measures. The study was published on September 19, 2019, in the journal Practical Laboratory Medicine.