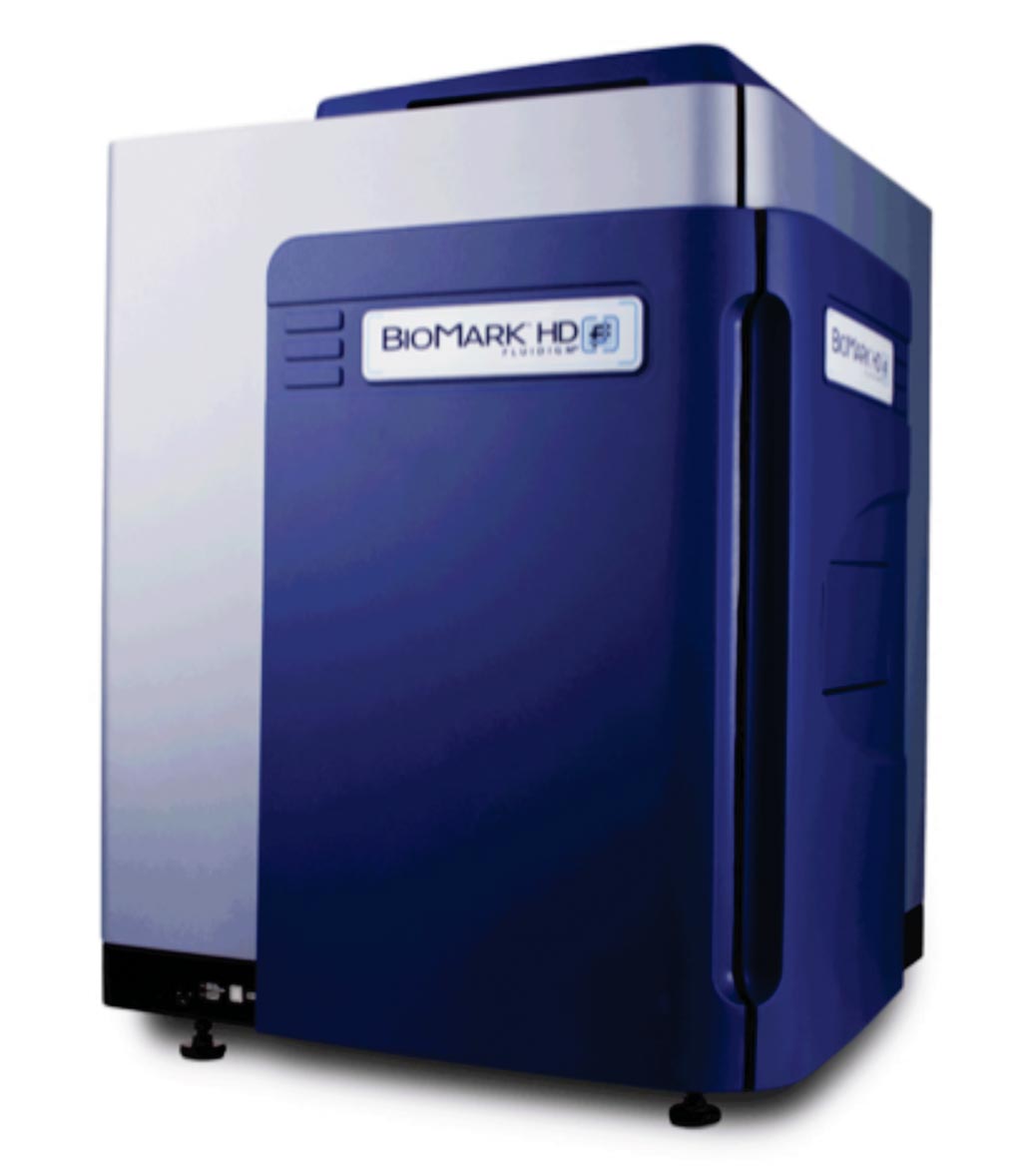 Image: The BioMark HD real-time polymerase chain reaction (PCR) platform (Photo courtesy of Fluidigm).
Ovarian cancer is often discovered at a late stage and has a high mortality rate. Overall 5-year survival is only 30% to 40% after treatment, and there has been no test specific enough to justify screening.

Women with accidental findings of an ovarian cyst or with symptoms instead undergo ultrasound and if abnormalities are seen, surgery is the only way to make sure all cancers are detected. This means that many women are operated on without having cancer, resulting in unnecessary surgery and increased risks for women.

The final model was evaluated in a fourth independent cohort and has an AUC = 0.94, PPV = 0.92, sensitivity = 0.85 and specificity = 0.93 for detection of ovarian cancer stages I–IV. The novel plasma protein signature could be used to improve the diagnosis of women with adnexal ovarian mass or in screening to identify women that should be referred to specialized examination.

Ulf Gyllensten, PhD, Professor of Medical Molecular Genetics and corresponding author of the study, said, “Our results are promising enough to consider screening for early discovery of ovarian cancer. In Sweden, we have long experience of screening for cervical cancer. I see great prospects of developing a strategy for screening for ovarian cancer as well, which could save lives and minimize the need for surgery to rule out cancer.” The study was published on June 20, 2019, in the journal Communications Biology.