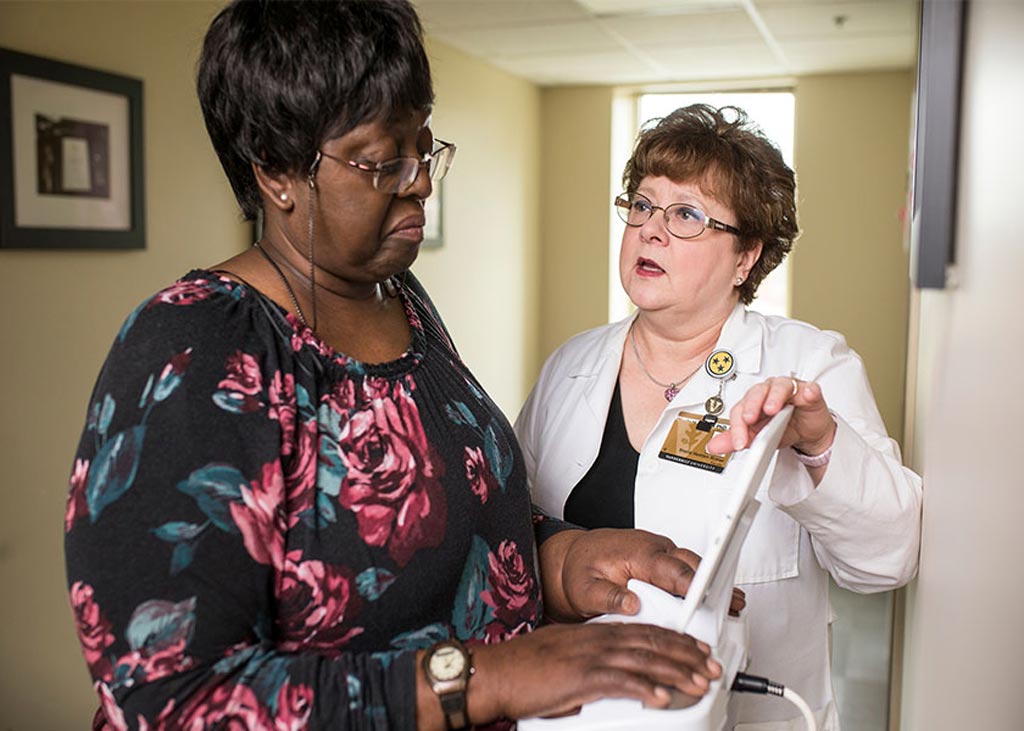 BIS is a painless and relatively simple measurement method. The measured data can be used to determine the amount of fluids in the body as well as estimate body composition. The measurement is based on an assumption that an electric current at low frequencies cannot permeate cells and travels through extra-cellular space only and is used to measure extracellular water (ECW). An electric current at high frequencies permeates cell membranes and is used to measure total body water (TBW).

Breast cancer-related lymphedema (BCRL) represents a major source of morbidity among breast cancer survivors. Lymphedema causes swelling in the arm, can be physically debilitating, and puts women at greater risk for infections as well as psychological stress.

Investigators at Vanderbilt University (Nashville, TN, USA) moderated an international randomized controlled trial comparing lymphedema progression rates using volume measurements calculated from the circumference using a tape measure (TM) or by BIS. The trial included 508 participants who had been monitored for a year or longer. Participants identified at risk for lymphedema received compression sleeves and gauntlets and were instructed to wear them 12 hours daily for 28 days to prevent progression to lymphedema. Patients who developed lymphedema reached their endpoint with the trial and were referred to clinicians for complex decongestive physiotherapy (CDP).

Interim results obtained during the trial demonstrated that post-treatment surveillance with BIS reduced the absolute rates of progression of BCRL requiring CDP by approximately 10%, a clinically meaningful improvement. These results supported the concept of post-treatment surveillance with BIS to detect subclinical BCRL and initiate early intervention.

“The bioimpedance device measures lymphatic fluid, and the tape measures everything,” said senior author Dr. Sheila Ridner, professor of nursing science at Vanderbilt University. “It takes more lymphatic fluid to make your whole arm volume change than it does to make the device pick up changes. The device is just more sensitive to changes in lymphatic fluid.”

“We had statistically significant more people trigger an intervention that were in the tape group than in the BIS group, which was contrary to what many people thought would have happened in the study. One of the concerns about BIS in general was that it might generate false positives and we might psychologically distress people,” said Dr. Ridner. “That was never my experience in the 15 to 16 years I have been working with the technology.”

The interim report was published in the May 3, 2019, online edition of the journal Annals of Surgical Oncology.