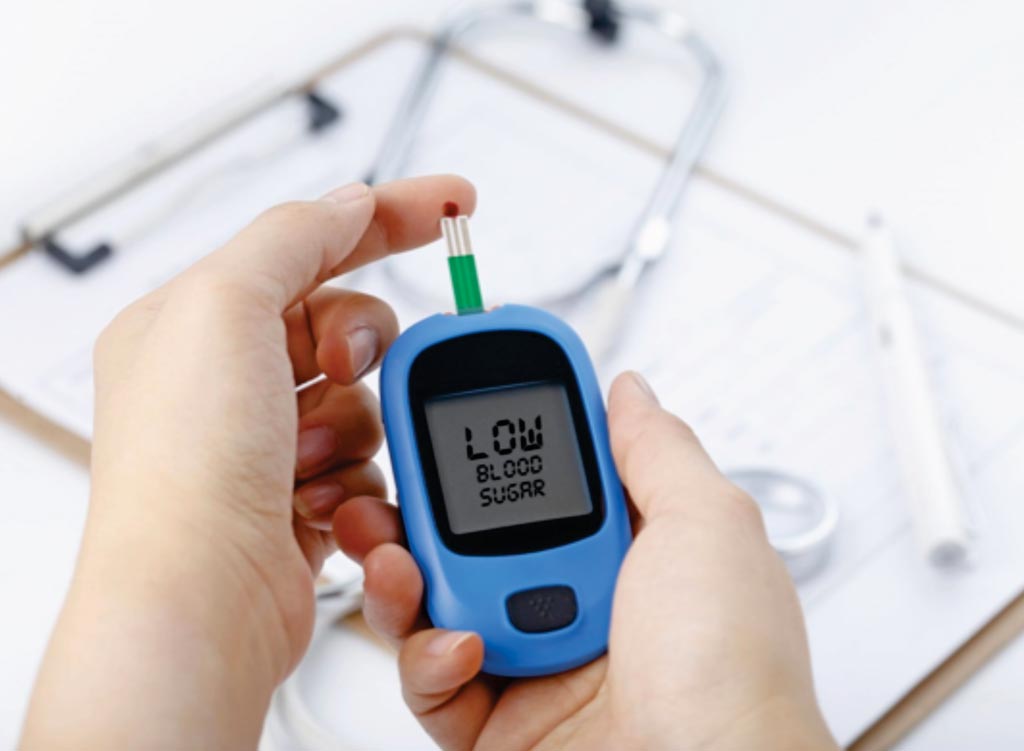 Image: Research shows that low blood glucose levels in diabetics are tied to hospital readmission (Photo courtesy of Maria Muccioli PhD).
More than 29 million Americans are living with diabetes and an additional 86 million are at risk for developing the disease, In hospitalized patients, low blood sugar, also known as hypoglycemia, is associated with increased short- and long-term mortality risk.

One complication of diabetes, hypoglycemia, occurs most often in people taking medications to manage their blood sugar. These treatments can raise insulin levels too high, which can in turn cause blood glucose levels to drop too low. Hypoglycemia can be dangerous and, depending on the severity, can lead to various symptoms, including dizziness, confusion, anxiety, seizure or loss of consciousness.

Endocrinologists and their colleagues at the Baltimore Veterans Affairs Medical Center (Baltimore, MD, USA) investigated whether patients with diabetes and low glucose values during the last day of hospitalization are at increased risk of readmission or mortality. The evaluated readmission and death rates of more than 843,000 patients and found that low blood glucose levels were also associated with higher combined rates of 30-day readmission and mortality, and higher 30-, 90- and 180-day post-discharge mortality rates.

The authors concluded that patients with diabetes who had hypoglycemia or near normal glucose values during the last day of hospitalization had higher rates of 30-day readmission and post discharge mortality. The study was published on May 1, 2019, in the Journal of Clinical Endocrinology & Metabolism.