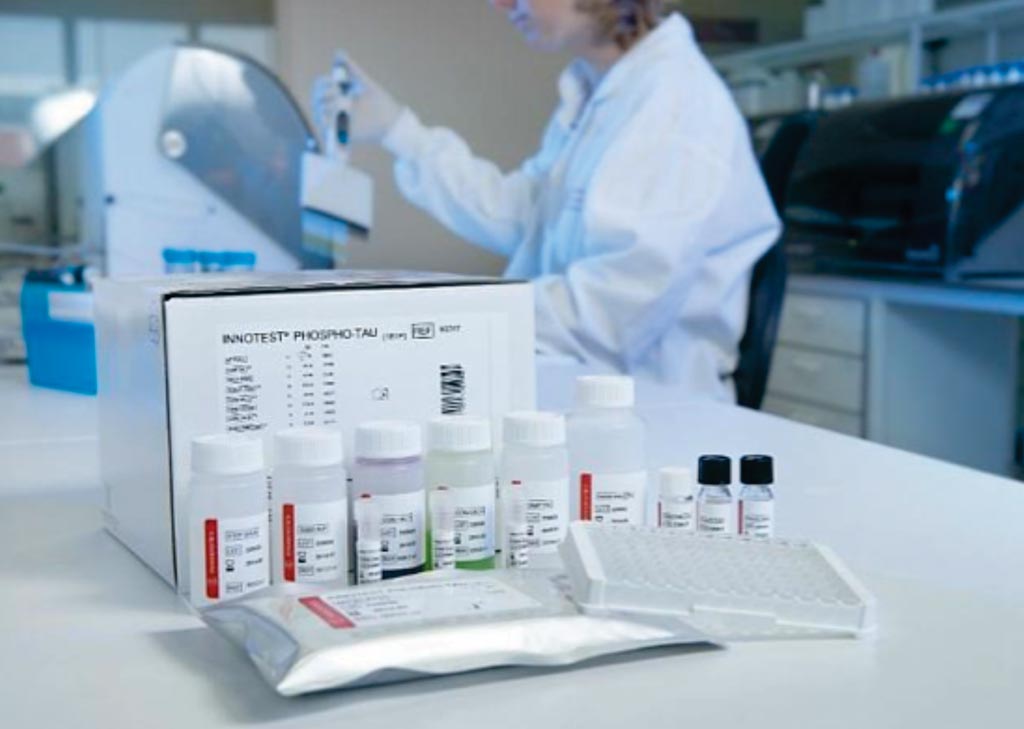 Image: The INNOTEST PHOSPHO-TAU(181P) is a solid-phase enzyme immunoassay for the quantitative determination of phosphorylated Tau (Phospho-Tau(181P)) in human cerebrospinal fluid (CSF) (Photo courtesy of Fujirebio).
Neurodegenerative dementias are characterized by a progressive decline in cognitive function and memory performance. Alzheimer's disease (AD) is the most common of the neurodegenerative dementias making it a major source of global morbidity and mortality.

Current clinical diagnosis of AD-type dementia relies on experienced clinicians using a battery of cognitive tests combined with various structural and functional imaging and cerebrospinal fluid (CSF) biomarkers to inform a judgment-based decision, with a definitive AD-type dementia diagnosis only possible at postmortem.

The group found that the level of the fatty molecules which induce sleep in blood were higher in those participants in the study with amyloid in the brain, the peptide used to diagnose Alzheimer's disease. The amyloid peptide goes onto form plaques in the brain that are toxic to nerve cells. Eight metabolites were associated with amyloid β and one with t-tau in CSF; these were primary fatty acid amides (PFAMs), lipokines, and amino acids. From these, PFAMs, glutamate, and aspartate also associated with hippocampal volume and memory.

Cristina Legido-Quigley, PhD, an associate professor and lead author of the study, said, “This is the first study in which lipid molecules produced in the brain are found in the blood, as amyloid deposition increases in Alzheimer's disease. These fatty amides are known to be neuroprotective and to induce sleep. There is also evidence that amyloid accumulates in the brain with lack of sleep, so these molecules may be playing a role in clearing up toxic amyloid in the brain.”

Dr. Legido-Quigley, added “A much-needed pre-requisite for new treatments for Alzheimer's disease is a reliable diagnostic test that could be used to identify people at risk. A blood test would be cheaper than measuring amyloid in the brain and easier to do than a spinal tap. There is more work to be done. So far, we have measured these molecules in nearly 600 participants, and hope to expand to the thousands to establish if a new diagnostic test in blood is indeed possible.”

The study was published on May 8, 2019, in the journal Alzheimer's & Dementia: The Journal of the Alzheimer's Association.