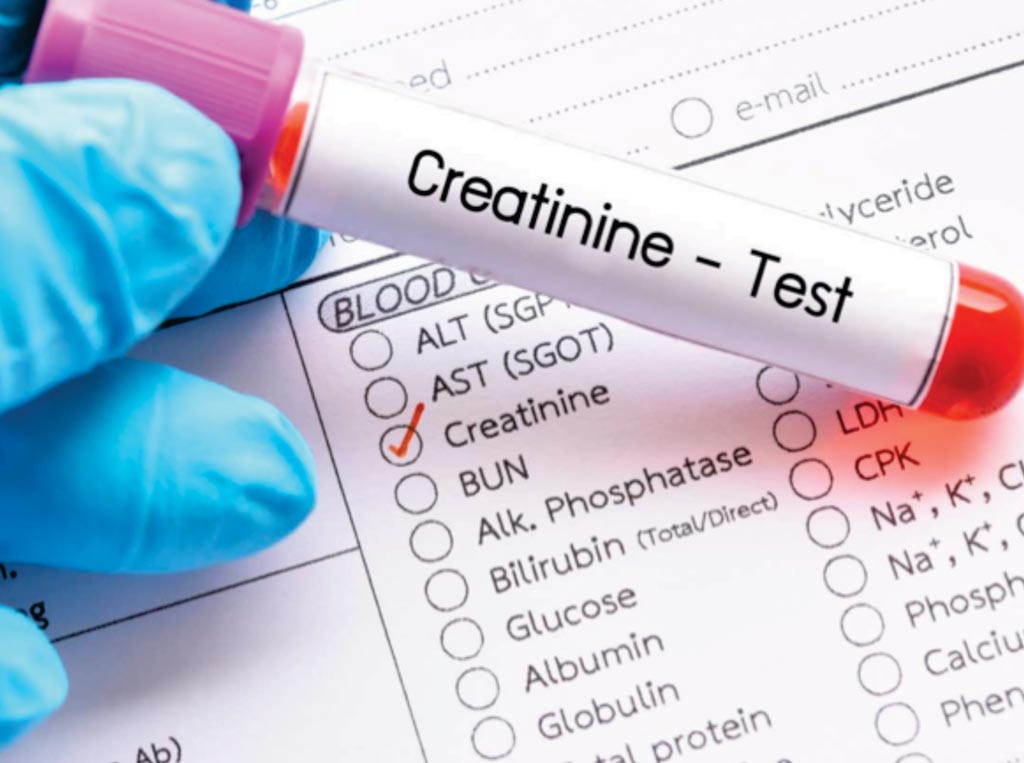 Image: Low serum creatinine is associated with the risk of diabetes (Photo courtesy of Jo Lewin).
Creatinine is the only metabolite of creatine phosphate in the skeletal muscle and under the steady state; it is created at a relatively constant rate by the body depending on the total skeletal muscle mass.

Because of the close association between muscle mass and creatinine (correlation coefficient equal to or greater than 0.7), serum creatinine is also used as an inexpensive, easily available surrogate of muscle mass when the kidney functions are stable and protein intake is normal.

The team assessed the levels of serum creatinine using the enzymatic method and identified 2,509 cases of diabetes in the study cohort. The plasma glucose was measured using either the enzymatic or glucose oxidase peroxidative electrode method. HbA1c was measured using a latex agglutination immunoassay, high-performance liquid chromatography, or the enzymatic method. They defined diabetes as either HbA1c levels ≥6.5%, random glucose levels ≥200 mg/dL, fasting glucose levels ≥126 mg/dL or receiving antidiabetic treatment. The participants who met any of the aforementioned conditions during follow up were treated as incident cases of type 2 diabetes.

The team concluded that in their study based on repeated measurements of serum creatinine shows that low serum creatinine is associated with an increased risk of diabetes. Screening serum creatinine levels can be used to identify those at a high risk of diabetes. Huanhuan Hu, PhD, the lead author of study, said, “Skeletal muscle is a primary target for insulin action. Thus, decreased skeletal muscle mass could potentially trigger insulin resistance, which is an underlying mechanism of diabetes.” The study was published originally published on February 12, 2019, in the Journal of Diabetes Investigation.