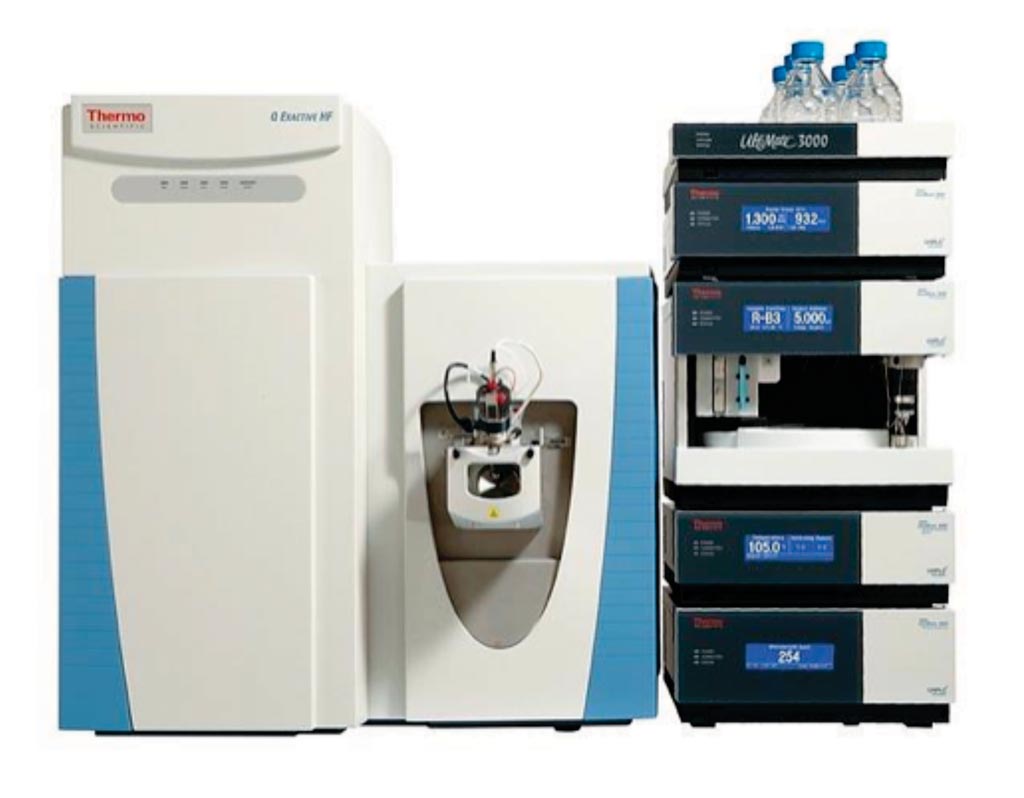 The protein concentration in CSF may change as a result of neuronal damage, altered neuronal functions or CSF flow rate. It therefore represents an exquisite source of information about the status of the central nervous system in physiological and pathological conditions.

Scientists from the KTH Royal Institute of Technology (Stockholm, Sweden) selected 20 brain-enriched proteins previously identified in CSF by antibody suspension bead arrays (SBA) to be potentially biomarkers for Alzheimer's disease (AD) and verified these using an orthogonal approach. They examined the same set of 94 CSF samples from patients affected by AD (including preclinical and prodromal), mild cognitive impairment (MCI), non-AD dementia and healthy individuals, which had previously been analyzed by SBA.

Twenty-eight parallel reaction monitoring (PRM) assays were developed and 13 of them could be validated for protein quantification. Mass spectrometry analysis was performed on a Q-Exactive HF Hybrid Quadrupole-Orbitrap mass spectrometer coupled to a Dionex Ultimate 3000 RSLC Nano system for reversed phase chromatography. Samples were automatically injected onto a C18 trap column followed by a C18 EASY-Spray analytical column.

Antibody profiles were verified by PRM. For seven proteins, the antibody profiles were highly correlated with the PRM results and GAP43, VCAM1 and PSAP were identified as potential markers of preclinical AD. In conclusion, the team demonstrated the usefulness of targeted mass spectrometry as a tool for the orthogonal verification of antibody profiling data, suggesting that these complementary methods can be successfully applied for comprehensive exploration of CSF protein levels in neurodegenerative disorders.

The authors concluded that their study demonstrated that the application of an orthogonal method such as PRM for the verification of antibody-based experiments is a convenient approach to confirm the most robust protein profiles discovered. The comparison of data obtained by two different platforms is a very powerful approach, but the information gained should be interpreted in the light of the fact that the two methods, based on different analytical principles, present peculiar limits in protein detection and should be regarded as complementary. The study was published online on March 9, 2019, in the journal Clinica Chimica Acta.