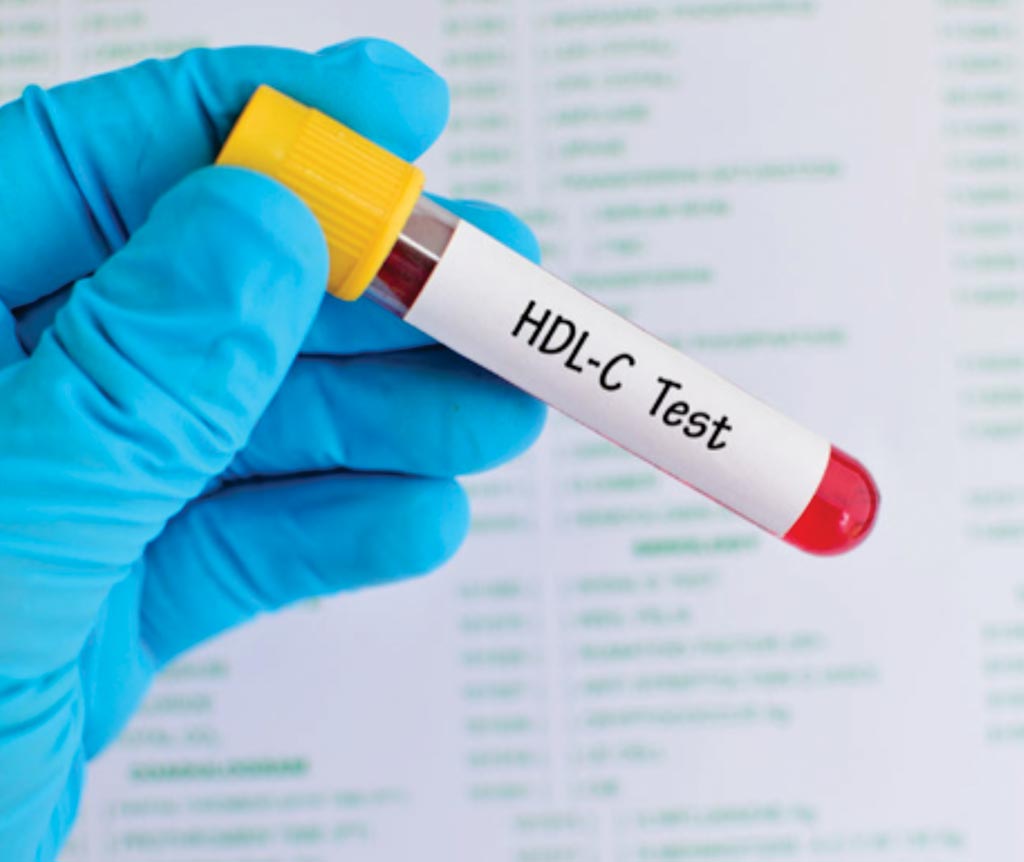 Image: A blood test for high‐density lipoprotein that may indicate adverse renal outcomes for patients with chronic kidney disease (Photo courtesy of Drs. Wolfson).
Serum high‐density lipoprotein (HDL) has traditionally been considered to be protective against cardiovascular disease in the general population. HDL exerts an antiatherogenic effect through reverse cholesterol transport, a multiorgan process that removes excess cholesterol from lipid‐laden macrophages and peripheral tissue.

Chronic kidney disease (CKD) has become a serious health concern worldwide, given the high burden of cardiovascular events and death in patients with this condition. Dyslipidemia is common in patients with CKD and is characterized by lower levels of HDL‐C and higher levels of triglyceride and oxidized low‐density lipoprotein cholesterol.

A team of scientists at Yonsei University (Seoul, South Korea) carried out a prospective nationwide cohort study investigating various clinical courses and risk factors for the progression of CKD in Korean patients. Patients, aged between 20 and 75 years, with CKD stages from 1 to 5 before dialysis, who voluntarily provided informed consent, were enrolled from nine tertiary‐care general hospitals throughout Korea between June 2011 and February 2016. There were 2,168 patients were included in the final analysis.

After overnight fasting, blood samples were collected for measurements of creatinine. Other biochemical analyses, including lipid profiles, were done at the local laboratory of each participating center. Most laboratory parameters were measured every six months in the first year and annually thereafter, including complete blood cell count, fasting glucose, blood urea nitrogen, creatinine, albumin, calcium, and phosphorus. C‐reactive protein, iron profiles (including total iron‐binding capacity and serum ferritin), and lipid profiles (including triglyceride, HDL‐C, and low‐density lipoprotein cholesterol) were measured repeatedly after one year and biennially thereafter. The team used a creatinine method that requires calibration traceable to isotope dilution mass spectrometry, and estimated glomerular filtration rate (eGFR) was calculated using the CKD. Urine samples were analyzed for proteinuria measurement. Urine albumin/creatinine ratio was calculated as the urine albumin concentration divided by the urine creatinine concentration (mg/g).

The team reported that the primary outcome was the composite of a 50% decline in eGFR from baseline or end‐stage renal disease. The secondary outcome was the onset of end‐stage renal disease. During a median follow‐up of 3.1 years, the primary outcome occurred in 335 patients (15.5%). In a fully adjusted Cox model, the lowest category with HDL‐C of <30 mg/dL (hazard ratio, 2.21) and the highest category with HDL‐C of ≥60 mg/dL (hazard ratio, 2.05) were associated with a significantly higher risk of the composite renal outcome, compared with the reference category with HDL‐C of 50 to 59 mg/dL. This association remained unaltered in a time‐varying Cox analysis. Furthermore, consistent findings were obtained in a secondary outcome analysis for the development of end‐stage renal disease.

The authors concluded that an U‐shaped association was observed between serum HDL‐C levels and adverse renal outcomes in this large cohort of patients with CKD. The findings suggest that both low and high serum HDL‐C levels may be detrimental to patients with non-dialysis CKD. The study was published on March 12, 2019, in the Journal of the American Heart Association.