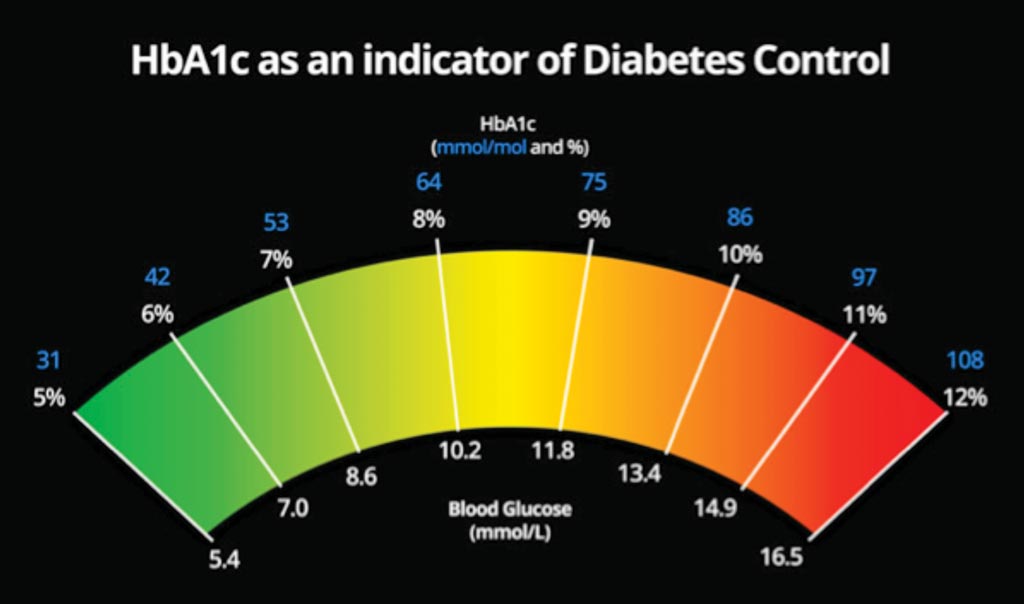 Image: HbA1c provides a longer-term trend, similar to an average, of how high blood sugar levels have been over a period of time (Photo courtesy of Diabetes.co.uk).
Cystic fibrosis-related diabetes (CFRD) shares some features with both type 1 and type 2 diabetes. In people with cystic fibrosis (CF), the thick, sticky mucus that is characteristic of the disease causes scarring of the pancreas.

People with CFRD may not experience any symptoms. Some diabetes symptoms are similar to other CF symptoms that they may already have. Many people with CFRD do not know they have CFRD until they are tested for diabetes.

The team created a receiver-operating characteristic (ROC) curve to measure the association between HbA1c and OGTT with diabetes development. HbA1c had an area under the fitted ROC curve of 0.76 in 2006 and a larger AUC when used as a baseline variable in comparison with fasting blood glucose (FPG), which suggested that HbA1c level is closely associated with the development of CFRD, using OGTT as the outcome diagnostic test. In addition, abnormal OGTT results were more likely for participants with HbA1c levels of 37 mmol/mol or more than those with lower levels during the seven years (hazard ratio [HR] = 3.49). The investigators also found that 19/43 participants with CFRD developed diabetic retinopathy between 2010 and 2012 and that HbA1c levels were higher for these participants (mean HbA1c = 68 mmol/mol) than those without diabetic retinopathy (mean HbA1c = 54 mmol/mol).

The authors concluded the present findings suggest that HbA1c could also be used in assessing individuals at risk of developing cystic fibrosis-related diabetes, in addition to the OGTT, as more participants who had mean HbA1c levels of 37 mmol/mol or more developed dysglycemia than those with lower levels during follow-up. The study was published on January 30, 2019, in the journal Diabetic Medicine.