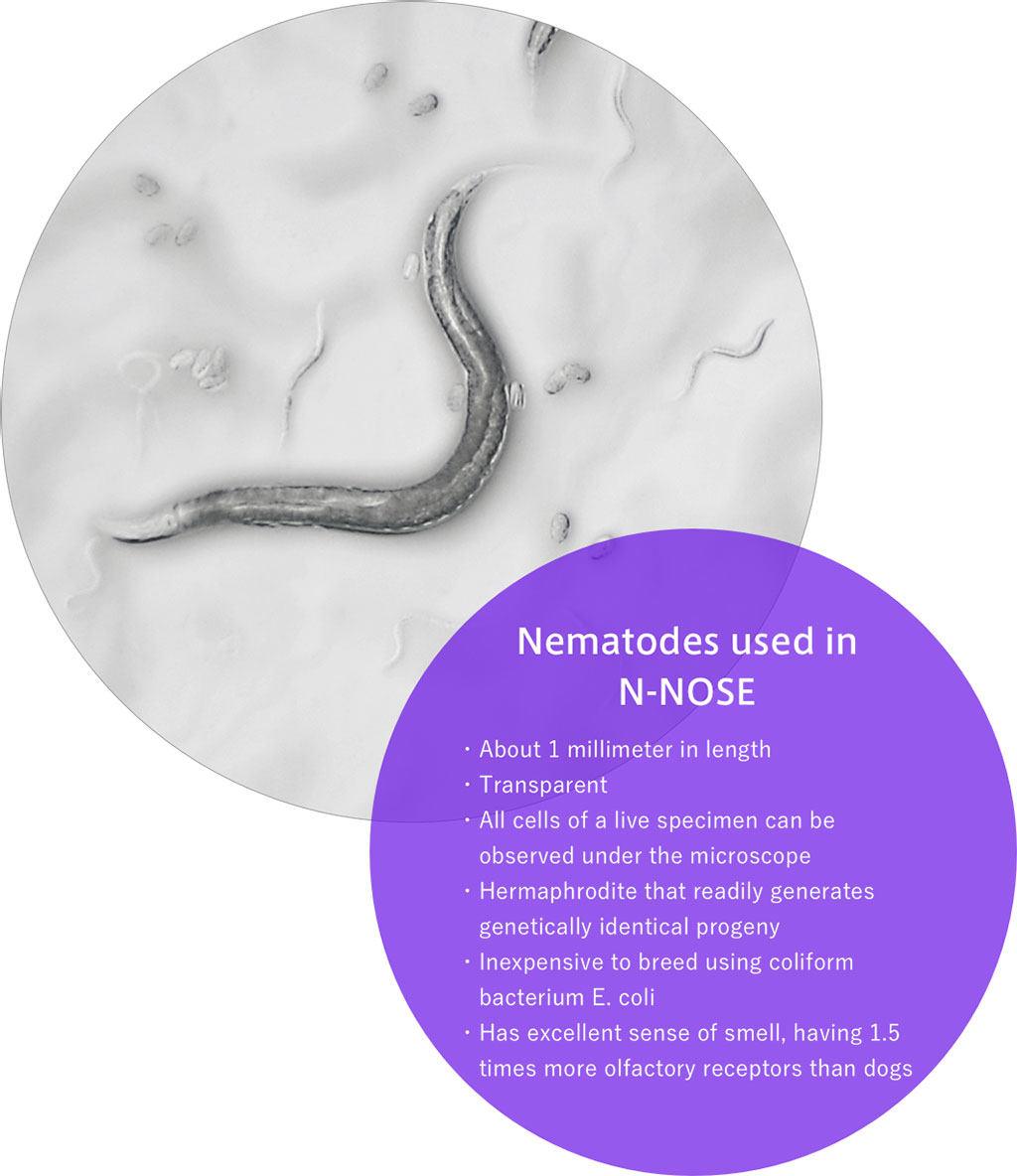 Scientists have developed a screening test that uses tiny worms to detect early signs of cancer in urine that could help boost routine screening.

Scientists at Hirotsu Bio Science (Tokyo, Japan) have developed N-NOSE, a cancer screening test that uses highly sensitive olfactory sensory functions of genetically modified a type of worm called "C. elegans" (nematodes) with an acute sense of smell. N-NOSE, which stands for Nematode Nose, uses the chemotaxis characteristic of nematodes, i.e., attractive responses to an odor it likes and repulsive responses to an odor it does not like, as an indicator. Nematodes are known to respond to 15 types of cancer of the stomach, colorectal, lung, breast, pancreatic, liver, prostate, uterine, esophageal, gall bladder, bile duct, kidney, bladder, ovarian, and oral/pharyngeal.

C. elegans nematode is the first multicellular organism to have its entire genome sequenced and is a very popular model organism in biological research. The idea of using nematodes, live creatures, in cancer testing stems from the fact that they have superior olfactory sensors that no man-made device can come close to. Because it has no eyes or ears, it relies on smell to navigate its environment and detect food. C. elegans therefore has a well-developed sense of smell and about 1,200 types of olfactory receptor genes that are able to detect minute odors that machines cannot detect. The novel N-NOSE test that employs the worm’s natural capabilities is not invasive, causes no pain and can be used for early detection of cancer.

The test requires a small amount of urine and is inexpensive since nematodes are inexpensive to breed. Each nematode lays as many as 300 eggs and feeds on coliform bacterium E. coli, making it inexpensive to breed C. elegans populations. Currently available cancer diagnostic tests often do not detect incipient cancer and it has been thought very difficult to know the existence of cancer at an early stage. However, nematodes respond to the minute odor of cancer, which is undetectable with existing tests, and thus make it possible to predict risks. Early detection of cancers as early as Stages 0 and 1 is possible with N-NOSE according to clinical studies, and one test is able to detect cancers regardless of their locations. The simple, painless urine test is suitable as a cancer test for all generations, including children. The company believes that in future, children will take regular cancer screening tests to detect pre-symptomatic tumors.