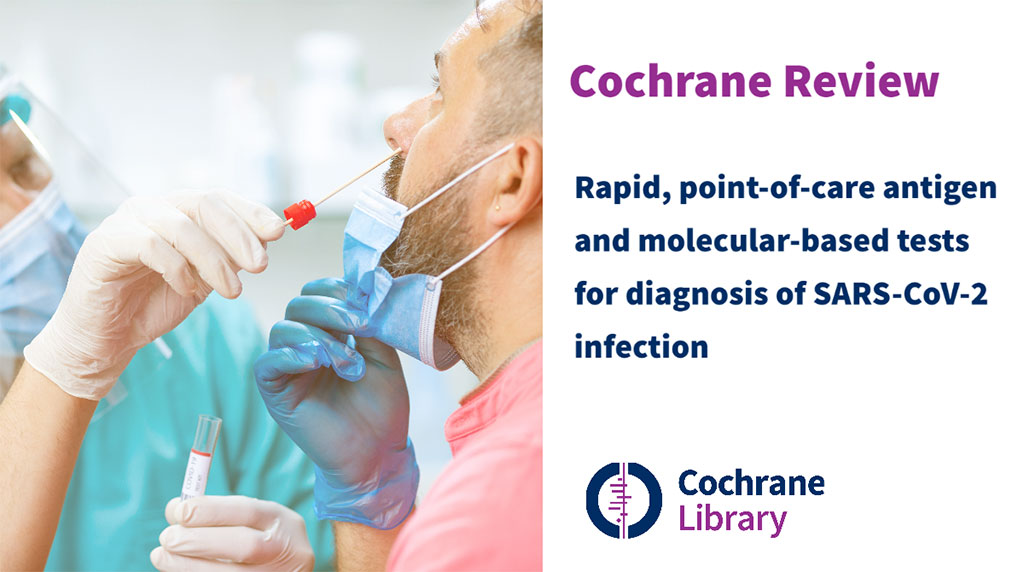 Illustration
A new study has revealed that rapid point-of-care antigen and molecular tests may not be accurate enough to replace RT-PCR for diagnosing COVID-19 infection.

Researchers from Cochrane (London, UK), a global independent organization that reviews evidence from research to inform health decision-making, looked for studies that measured the accuracy of rapid point-of-care tests compared with RT-PCR tests to detect current COVID-19 infection. They found 18 relevant studies, out of which 10 studies has taken place in North America, four in Europe, two in South America, one in China and one in multiple countries. Nine studies deliberately included a high percentage of people with confirmed COVID-19 or included only people with COVID-19, while 14 studies did not provide any information about the people providing the samples for testing and 12 studies did not provide any information about where people were tested. None of the studies reported included samples from people without symptoms.

The researchers found that five studies reported eight evaluations of five different antigen tests. Overall, there was considerable variation between the results of the antigen tests in how well they detected COVID-19 infection. Tests gave false positive results in less than 1% of samples. They also found that 13 evaluations of four different molecular tests correctly detected an average of 95% of samples with COVID-19 infection. Around 1% of samples gave false positive results. The team noted a large difference in COVID-19 detection between the two most commonly evaluated molecular tests.

The researchers believe that the findings currently have limited applicability, as they are uncertain whether tests will perform in the same way in clinical practice, and according to symptoms of COVID‐19, duration of symptoms, or in asymptomatic people. Rapid tests have the potential to be used to inform triage of RT‐PCR use, allowing earlier detection of those testing positive, although the evidence currently is not strong enough to determine how useful they are in clinical practice, according to the researchers.