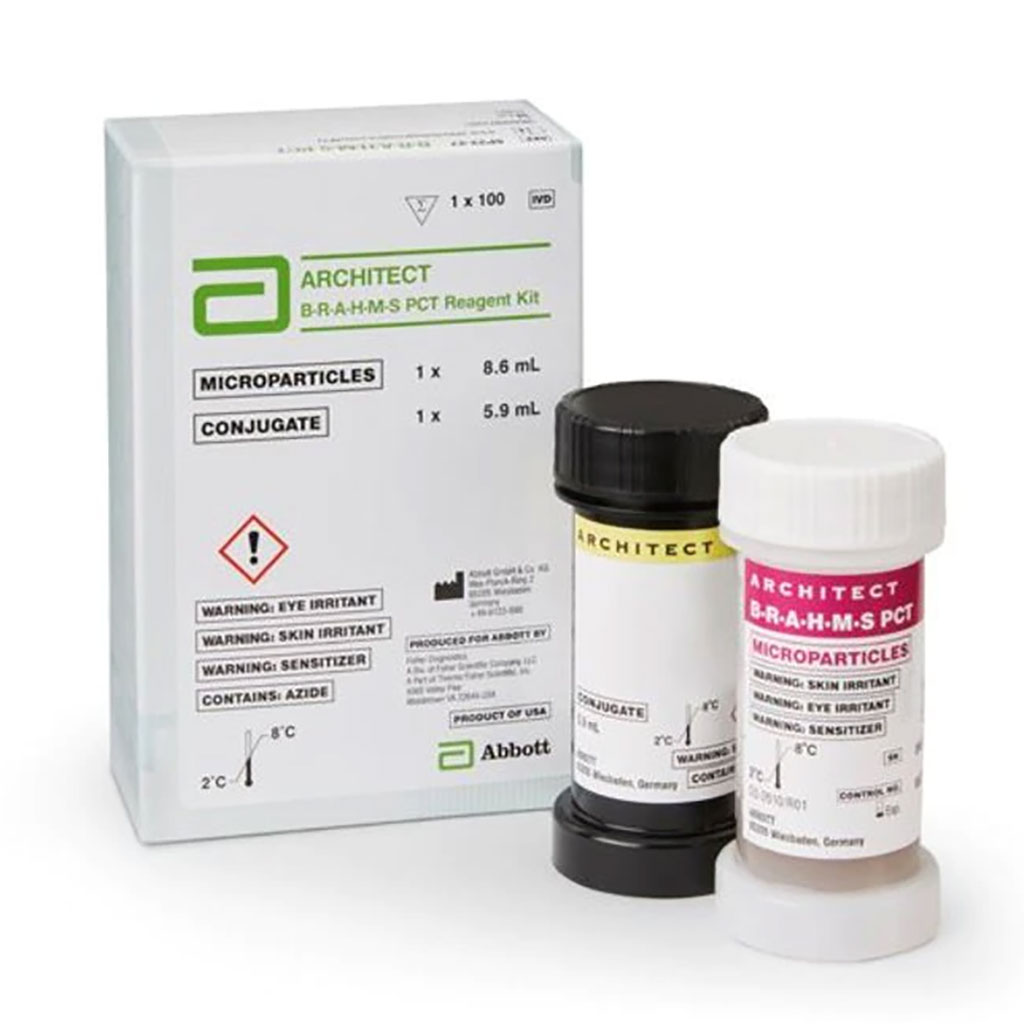 Image: The Abbott ARCHITECT B•R•A•H•M•S PCT Test for the quantitative determination of PCT (Procalcitonin) in human serum and plasma on the automated ARCHITECT analyzer (Photo courtesy of Fisher Scientific)

Procalcitonin (PCT) is an important biomarker of sepsis and respiratory infections. An increase in PCT expression in parenchymal tissue can typically be observed in severe bacterial, but not or significantly less, respectively, in viral infections; thus, measurement of plasma PCT concentrations is an important diagnostic tool for clinicians to distinguish between infections from a bacterial versus viral origin.

In addition, plasma PCT measurements are frequently used for antibiotic therapy monitoring which leads to a more efficient use of antibiotic drugs; this, in turn, has beneficial economic effects and reduces the generation of multi-resistant pathogens. Various automated immunoassays for measuring PCT in patient plasma are available in medical laboratories. However, due to a lack of international reference material for PCT, the assays are not always comparable.

The investigators reported that the DiaSys assay showed clear differences as compared to the BRAHMS-associated assays when measured on Architect c: i.e. 58% positive mean bias versus Architect i, 67% versus Cobas and 23% versus Liaison. As a result, additional 19% the patients would have a suspected bacterial infection, when using PCT values from the DiaSys assay and commonly accepted decision limits. A crosscheck of the DiaSys calibrator on the BRAHMS-associated systems showed a low recovery of the calibrator material (approximately 50%).

The authors concluded overall, their study showed significant differences between the DiaSys and BRAHMS-associated assays. This could be attributed to a potential DiaSys calibrator problem. This highlights the need for an international reference material for harmonization of the PCT assays. The study was published on April 15,2022 in the journal Practical Laboratory Medicine.