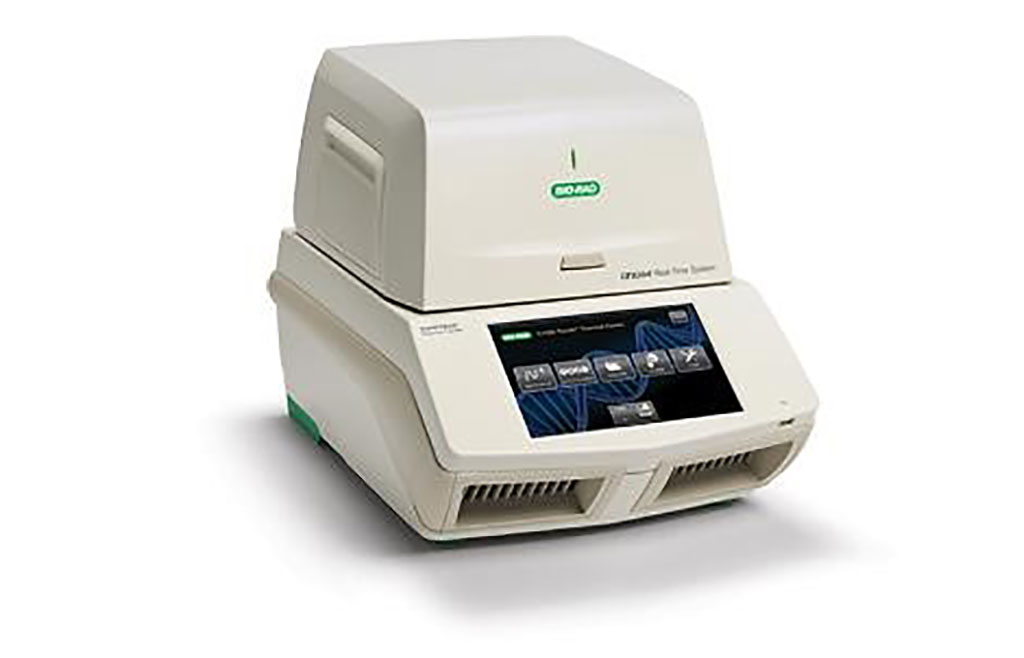 Image: The CFX384 Touch real-time PCR detection system (Photo courtesy of Bio-Rad)
Prostate cancer is a disease defined by the abnormal growth of cells. These abnormal cells can proliferate in an uncontrolled way and, if left untreated, form tumors which may metastasize or spread to other parts of the body. Prostate cancer (PCa) is the most common solid organ malignancy in men, with 174,650 new diagnoses and 31,620 deaths expected in 2019 in the USA alone.

Urologists at the Icahn School of Medicine at Mount Sinai (New York, NY, USA) and their colleagues analyzed a cohort of 1,152 men, 596 of whom were African American and 556 of whom were European American, and all of whom had undergone radical prostatectomy. Overall, African-American men had higher pre-treatment prostate-specific antigen levels and higher scores indicating increased risk of post-surgery recurrence, emphasizing the more aggressive disease generally found among African-American men.

At the pathway level, the AAM group had higher expression of genes sets related to the immune response, apoptosis, hypoxia, and reactive oxygen species. EAM group was associated with higher levels of fatty acid metabolism, DNA repair, and WNT/beta-catenin signaling. The authors concluded that their findings suggest that African-American men who undergo radical prostatectomy should be closely monitored following treatment, as they are generally at increased risk for recurrence. The study was published on June 3, 2021 in the journal Communications Biology.