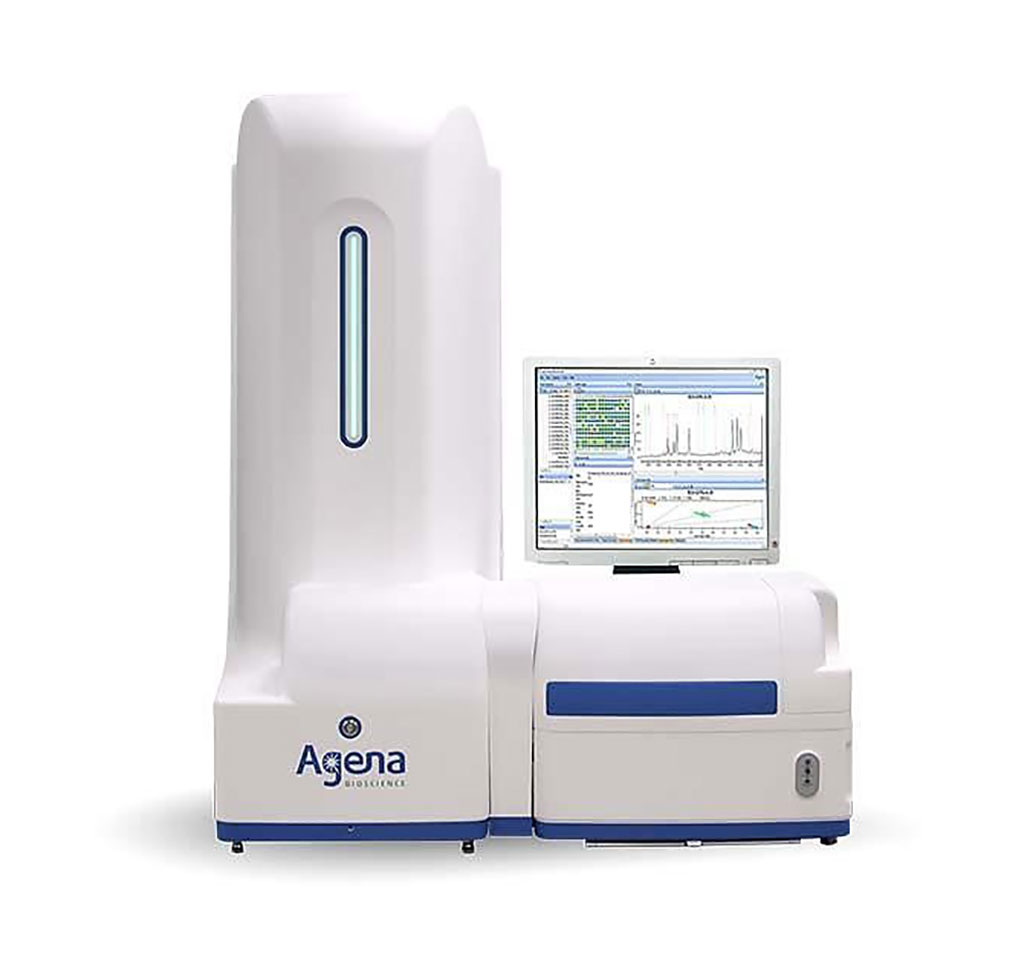 Image: The MassARRAY Dx Analyzer is a benchtop multiplex genetic analyzer that simplifies the complex clinical genetics environment with easy-to-interpret data, flexible biomarker detection and robust performance (Photo courtesy of Agena Biosciences)
Diagnostics of genetic diseases are currently being revolutionized, due to breakthroughs in sequencing technology and data analysis. The potential to transform clinical medicine using genomics is high, especially within the realm of rare diseases.

Rare diseases constitute a large and heterogeneous group of diagnoses that includes more than 8,000 distinct conditions of which the vast majority have a genetic basis. Each individual disease is rare, but when considered as a group, rare diseases are common with a total prevalence of approximately 6% to 8%.

Medical Molecular Scientists at the Karolinska Institutet (Stockholm, Sweden) and their colleagues sequenced the genomes of 3,219 patients in a five year program. Clinical whole-genome sequencing (WGS) was gradually implemented at the Genomic Medicine Center Karolinska-Rare Disease (GMCK-RD) over the course of five years. At first sequencing was performed on the HiSeq X Ten, but shifted to the NovaSeq 6000 (Illumina, San Diego, CA, USA) in December 2018.

Typically, samples were analyzed in a step-wise fashion, in which they were first analyzed for variants associated with the patient's suspected disease, sometimes with very large gene panels of nearly 4,000 genes, before being escalated for additional analysis or whole-genome analysis if no diagnosis was made. To ensure there are no sample mix ups during the WGS processing, an aliquot of the extracted DNA was genotyped for 51 SNPs using MassARRAY technology (Agena Biosciences, San Diego, CA, USA).

The scientists uncovered variants in 754 different disease genes, with the most commonly affected genes being COL2A1 and FKRP. A number of variants were also recurrent, some of which were known founder mutations, such as Leu27Ile in FKRP, which was homozygous in 12 people with limb girdle muscle dystrophy, and homozygous expansions in the RFC1 gene among individuals with cerebellar ataxia, neuropathy, and vestibular areflexia syndrome. Other patients, though, had variants known to arise recurrently as de novo mutations, such as one affecting the PRRT2 gene that leads to seizures.

For some patients having a molecular diagnosis can change their treatment. As the team noted, patients with acute-onset inborn errors of metabolism are often treated with glucose infusion, but for patients with pyruvate dehydrogenase deficiency, this can be harmful. Such patients are instead treated with a ketogenic diet. The scientists generated molecular diagnoses for 1,287 patients, or 40%, with a median turnaround time of 13 days.

Anna Wedell, MD, PhD, a Professor of Molecular Medicine and Surgery and a senior co-author of the study, said, “Most patients would not have been subjected to genetic investigations with conventional approaches. We have integrated WGS deeply into the clinic, making genomics available in completely new clinical scenarios including acute medical situations across a broad range of disease groups.” The study was published on March 17, 2021 in the journal Genome Medicine.