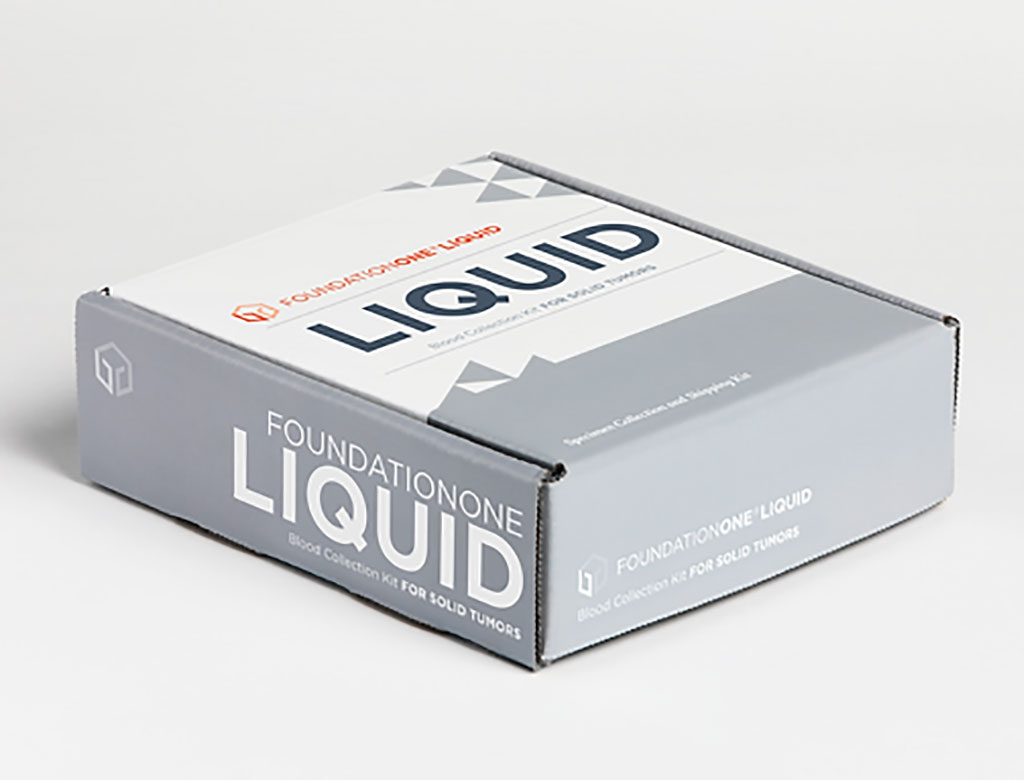 Image: FoundationOne liquid biopsy assays were used to study the association of circulating tumor DNA and circulating tumor cells after neoadjuvant chemotherapy with disease recurrence in patients with triple-negative breast cancer (Photo courtesy of Foundation Medicine).
Patients with early-stage triple-negative breast cancer (TNBC) are frequently treated with neoadjuvant chemotherapy, based on the increased risk for recurrence and death associated with this category of tumors.

A subset of these patients continue to live without recurrence but a significant number still see their disease return despite this added chemotherapy. Blood-based genomic testing, or liquid biopsy, has rapidly become popular for patients with TNBC and other cancers to identify those who may have residual cancer present and whose outcome might be improved with new or existing treatments.

A team of medial scientist from different universities and led by those at Indiana University Cancer Center (Indianapolis, IN, USA) conducted a study using data from 196 female patients in BRE12-158, a phase 2 multicenter randomized clinical trial that randomized patients with early-stage TNBC who had residual disease after neoadjuvant chemotherapy to receive post-neoadjuvant genomically directed therapy versus treatment of physician choice.

The scientists reported that for the 112 patients for whom both ctDNA and CTC results were available, there was no significant association between CTC positivity and ctDNA positivity. In other words, some patients were positive for one marker and not the other. As a result, the sensitivity to detect recurrences across the cohort was highest when both markers were considered: MRD sensitivity was 79% with ctDNA alone, 62% with CTCs alone, and 90% when combined.

Patients who were both ctDNA positive and CTC positive had significantly inferior distant disease-free survival (DFS) when compared with those who were double-negative. At 24 months, distant DFS probability was 52% for patients who were positive for both biomarkers compared with 89% for those who were negative. Similar trends were observed for non-distant DFS and for overall survival. The study was published on July 9, 2020 in the journal JAMA Oncology.