Differences in Gut Bacteria May Predispose to Heart Attacks 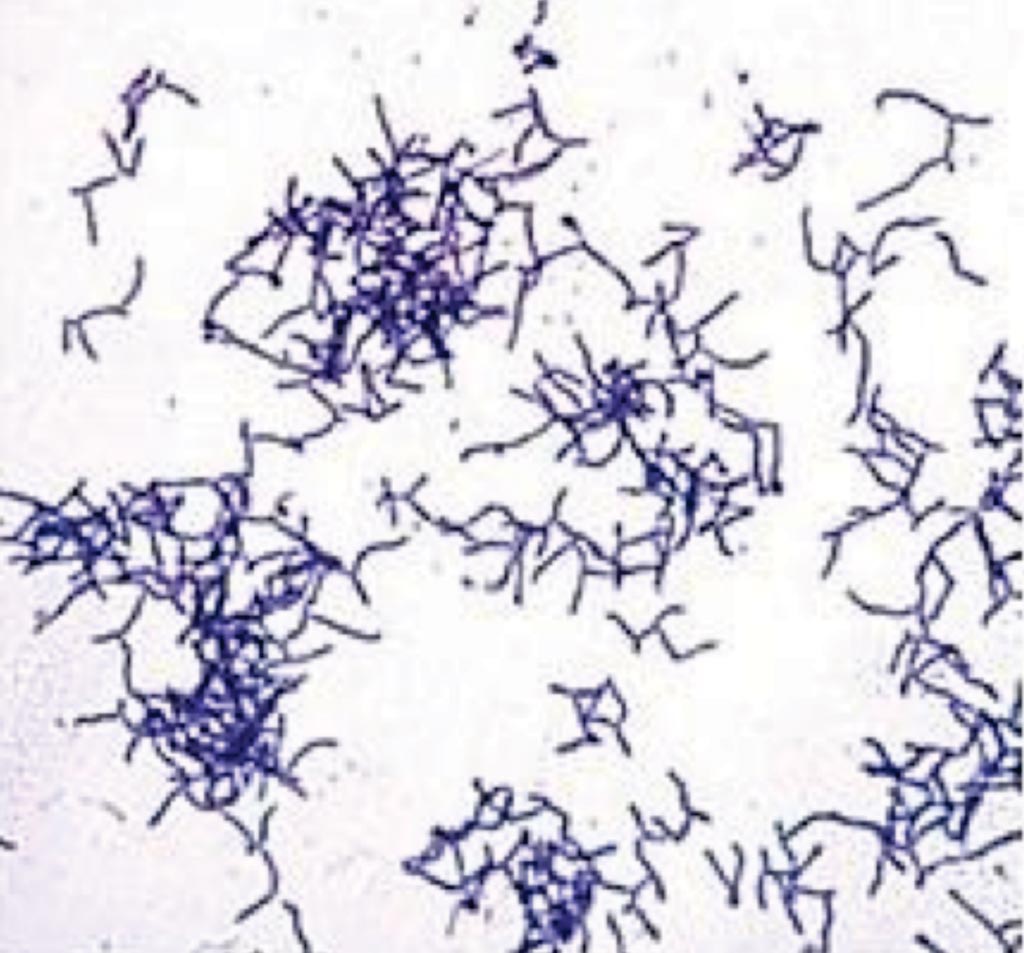 Image: A Gram-stained Actinomyces israelii, an opportunistic pathogen and a cause of actinomycosis (Photo courtesy of Shutterstock).
Heart attacks can occur when a person has developed heart disease. A key feature of heart disease is the buildup of plaque in the arteries. Plaque is made up of fat, calcium, and other substances.

Approximately 735,000 individuals in the USA experience a heart attack each year. However, some people are more predisposed to heart attacks than others, even within a cohort whose members all have heart disease.

Scientists at the Catholic University of the Sacred Heart (Rome, Italy) team investigated how bacteria might influence the stability of coronary plaques. Coronary plaques form in the heart's arteries, and when they become unstable, a heart attack can follow. The team worked with 30 individuals who had acute coronary syndrome. Coronary syndrome refers to a multitude of conditions and events characterized by reduced blood flow to the heart. These conditions and health events include unstable angina and myocardial infarction. Additionally, they also recruited 10 participants with stable angina, which is a heart condition characterized by chest pain and discomfort.

The investigators collected fecal samples from all the participants so that they could isolate gut bacteria. They also extracted and analyzed coronary plaque bacteria from angioplasty balloons. Doctors use angioplasty balloons to widen coronary arteries to improve blood flow. First of all, they found that the bacteria present in coronary plaques were pro-inflammatory, primarily belonging to species, such as Proteobacteria and Actinobacteria.

In comparison, fecal samples had a heterogeneous bacterial composition, featuring mainly bacterial strains, such as Bacteroidetes and Firmicutes. They also discovered that the gut bacteria populations differed between the two groups of participants. Individuals with acute coronary syndrome had a higher proportion of Firmicutes, Fusobacteria, and Actinobacteria in their guts, whereas people with stable angina had a stronger Bacteroidetes and Proteobacteria presence.

Eugenia Pisano, a doctoral student who presented the study, said, “Our study suggests a selective retention of pro-inflammatory bacteria in atherosclerotic plaques, which could provoke an inflammatory response and plaque rupture. We found a different make-up of the gut microbiome in acute and stable patients. This suggests that the varying chemicals emitted by these bacteria might affect plaque destabilization and consequent heart attack.” The study was presented at the European Society of Cardiology Congress, held August 31 to September 4, 2019, in Paris, France.

Catholic University of the Sacred Heart