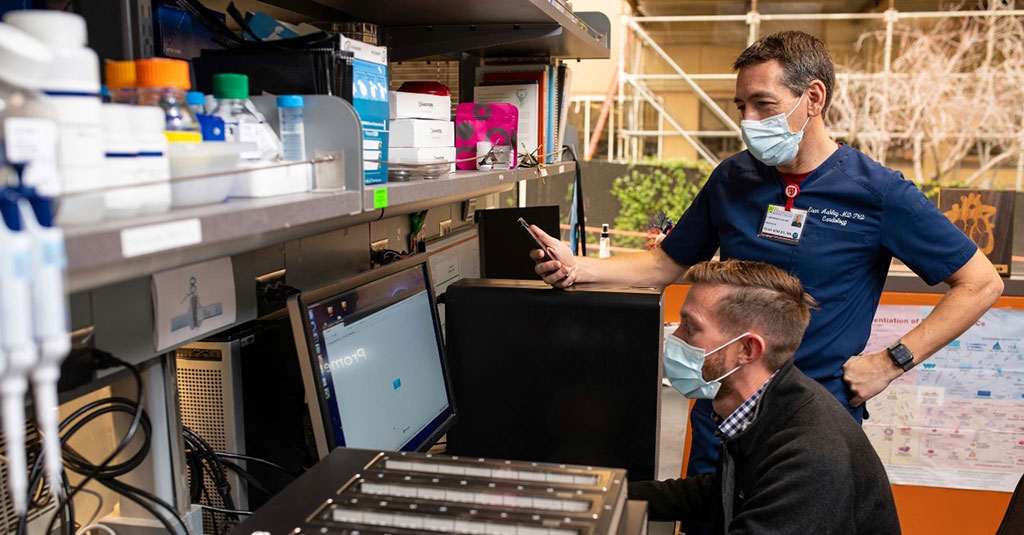 A research effort has set the first Guinness World Record for the fastest DNA sequencing technique, which was used to sequence a human genome in just five hours and two minutes.

Researchers at Stanford Medicine (Stanford, CA, USA) along with their collaborators have developed a new ultra-rapid genome sequencing approach that was used to diagnose rare genetic diseases in an average of eight hours - a feat that’s nearly unheard of in standard clinical care.

Standard tests screen a patient’s blood for markers associated with disease, but they scan for only a handful of well-documented genes. Commercial labs, which often run these tests, are slow to update the molecules for which they screen, meaning it can take a long time before newly discovered disease-causing mutations are integrated into the test. And that can lead to missed diagnoses. Genome sequencing allows scientists to see a patient’s complete DNA makeup, which contains information about everything from eye color to inherited diseases. Genome sequencing is vital for diagnosing patients with diseases rooted in their DNA: Once doctors know the specific genetic mutation, they can tailor treatments accordingly. That's why rapid genome sequencing could be such a game-changer for patients ailing from rare genetic diseases. Scientists can scan a patient's entire genome for all gene variants suggested by the scientific literature, even if that variant was discovered only the day before. Furthermore, if a patient doesn't initially receive a genetic diagnosis, there's still hope that scientists will find a new gene variant linked to the patient's disease down the line.

The mega-sequencing approach devised by the Stanford researchers has redefined “rapid” for genetic diagnostics: Their fastest diagnosis was made in just over seven hours. Fast diagnoses mean patients may spend less time in critical care units, require fewer tests, recover more quickly and spend less on care. Notably, the faster sequencing does not sacrifice accuracy. Over the span of less than six months, the team enrolled and sequenced the genomes of 12 patients, five of whom received a genetic diagnosis from the sequencing information in about the time it takes to round out a day at the office. The team’s diagnostic rate, roughly 42%, is about 12% higher than the average rate for diagnosing mystery diseases.

In one of the cases, it took a snappy five hours and two minutes to sequence a patient’s genome, which set the first Guinness World Records title for fastest DNA sequencing technique. The time it took to sequence and diagnose that case was seven hours and 18 minutes, which is about twice as fast as the previous record for a genome sequencing-based diagnosis (14 hours). Fourteen hours is still an impressively quick turnaround, and the Stanford researchers now plan to offer a sub-10-hour turnaround to patients in intensive care units at hospitals.

Perhaps the most important feature of the diagnostic approach’s ability to quickly spot suspicious fragments of DNA is its use of something called long-read sequencing. Traditional genome-sequencing techniques chop the genome into small bits, spell out the exact order of the DNA base pairs in each chunk, then piece the whole thing back together using a standard human genome as a reference. But that approach doesn’t always capture the entirety of our genome, and the information it provides can sometimes omit variations in genes that point to a diagnosis. Long-read sequencing preserves long stretches of DNA composed of tens of thousands of base pairs, providing similar accuracy and more detail for scientists scouring the sequence for errors. Only recently have companies and researchers honed the accuracy of the long-read approach enough to rely on it for diagnostics. That and a drop from its once-hefty price tag created an opportunity for the Stanford researchers. This study is the first to demonstrate the feasibility of this type of long-read sequencing as a staple of diagnostic medicine.

“A few weeks is what most clinicians call ‘rapid’ when it comes to sequencing a patient’s genome and returning results,” said Euan Ashley, MB ChB, DPhil, professor of medicine, of genetics and of biomedical data science at Stanford. “It was just one of those amazing moments where the right people suddenly came together to achieve something amazing. It really felt like we were approaching a new frontier.”