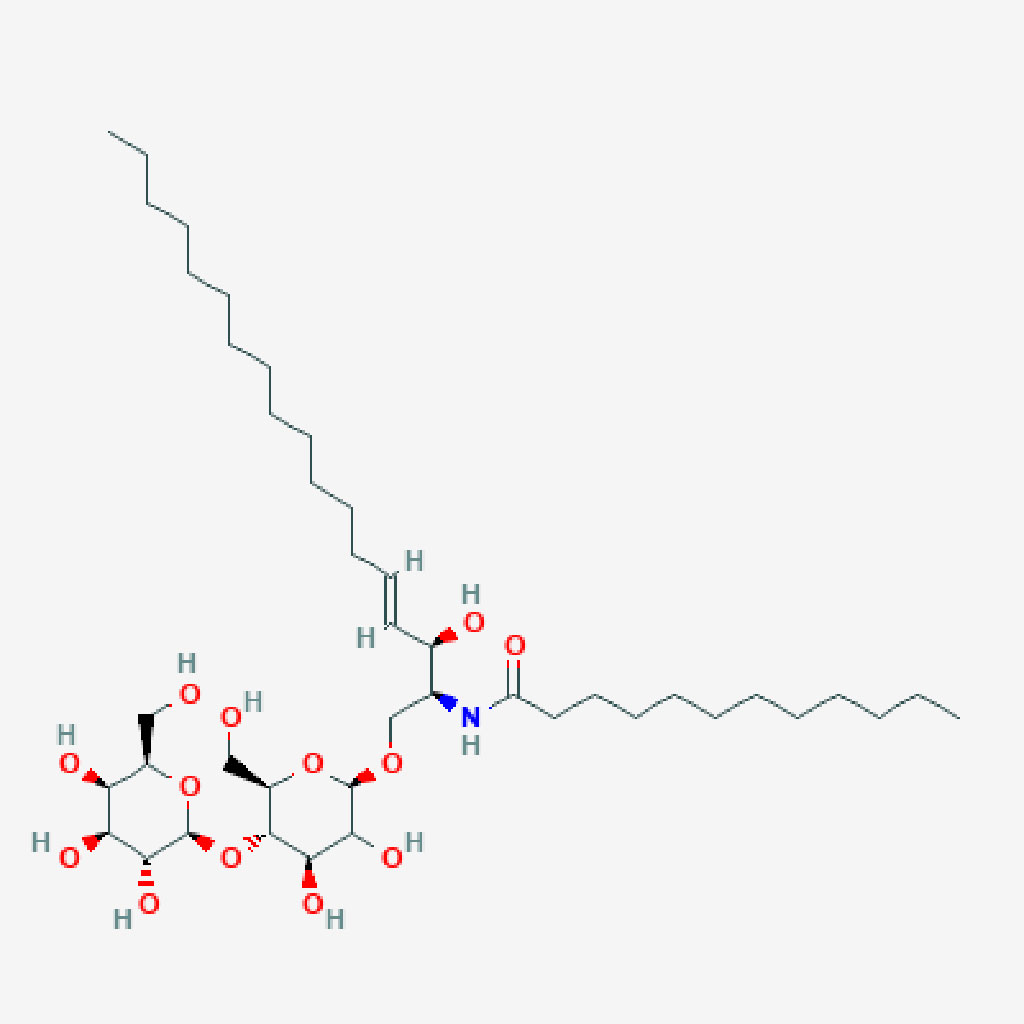 Image: Two-dimensional structure of lactosylceramide (Lac-Cer). Lac-Cer levels in the circulation could have prognostic value for SLE patients with CVD (Photo courtesy of [U.S] National Library of Medicine)
A recent study found that lactosylceramide levels may have a “predictive” value and sphingolipidomics have an added benefit to currently available tools for the early diagnosis and prognosis of African American systemic lupus erythematosus (SLE) patients with cardiovascular disease (CVD).

SLE is an autoimmune disease triggered by genetic and environmental factors in which the body's immune system mistakenly attacks healthy tissue in many parts of the body. Symptoms vary and may be mild to severe. Common symptoms include painful and swollen joints, fever, chest pain, hair loss, mouth ulcers, swollen lymph nodes, fatigue, and a red rash which is most commonly on the face. Often there are periods of illness, called flares, and periods of remission during which there are few symptoms.

SLE affects females more than males, with African Americans developing more severe manifestation of the disease. SLE patients are at increased risk for CVD, and SLE women 35-44 years old have 50-fold the incidence rate of CVD. Because SLE patients do not follow the typical age and gender pattern for CVD, but instead an accelerated disease course, the traditional biomarkers of elevated low density lipoproteins (LDL) and total cholesterol levels do not accurately assess their CVD risk.

Investigators at the Medical University of South Carolina (Charleston, SC, USA; www.musc.edu) reported previously that African American SLE patients had higher ceramide, hexosylceramide, sphingosine, and dihydrosphingosine 1-phosphate levels compared to their healthy controls, and those with atherosclerosis had higher sphingomyelin and sphingoid bases levels than those without this disease. In the current study, the investigators sought to identify sphingolipid species that correlated with and indicated the potential to predict atherosclerosis severity in African American SLE patients.

Results revealed that plasma levels of the lactosylceramide (Lac-Cer) class of sphingolipids were positively correlated with the change in atherosclerotic plaque area over one year. Thus, higher levels of Lac-Cer were associated with increased disease activity in African American patients with SLE. In addition, the investigators found no correlation between LDL concentrations and the concentrations of the measured Lac-Cer species, indicating that the traditional biomarker for heart disease was ineffective in predicting disease severity in the African American lupus population.

“Treatments for SLE and heart disease are often given as a one-size-fits-all, and they can have major side effects for the patient,” said first author Dr. Samar M. Hammad, associate professor of medicine at the Medical University of South Carolina. “The most exciting finding of this study is that we may be able to find another way to better diagnose and eventually treat the African American lupus patients who are at increased risk of developing heart disease.”

“This finding showed us that the Lac-Cer levels in the circulation could have predictive value for a patient,” said Dr. Hammad. “We could use this as a readout for how a patient is progressing while on medication and get a good indication of his or her heart disease. Using sphingolipids as a tool to complement other diagnostic modalities will be important because SLE is often hard to diagnose. I think sphingolipids can play a major role in the diagnosis, prognosis, and treatment of lupus.”

The study was published in the July 21, 2021, online edition of the journal Frontiers in Immunology.