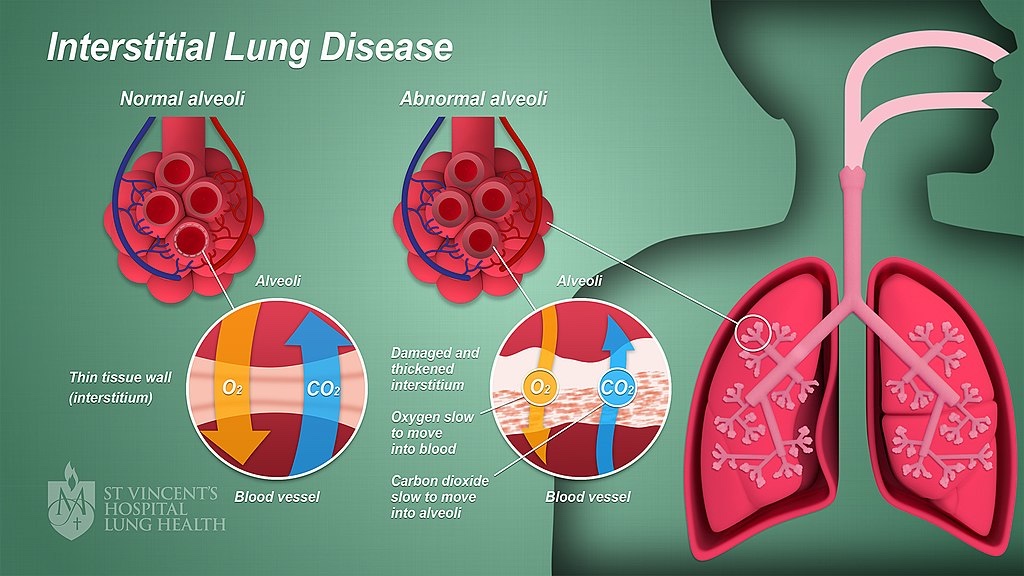 While interstitial lung disease (ILD) is the leading cause of morbidity and mortality in systemic sclerosis (SSc), few predictive markers have been discovered, which can be used to assess progression of the disease.

Based on previous studies demonstrating that adipose tissue metabolism and adipokine homeostasis was dysregulated in Ssc, investigators at the University of Michigan (Ann Arbor, USA) sought to determine the association and predictive ability of the novel adipokine C1qTNF-Related Protein 9 for Ssc-ILD.

C1qTNF9, also known as CTRP9, is one of several adiponectin/Acrp30 paralogs which comprise the C1q and TNF-related protein family. All family members share a modular organization comprising a short variable region, a collagenous domain, and a C1q-like globular domain. CTRP9 is a 40 kiloDalton glycoprotein that contains multiple hydroxylated proline residues in its collagenous region. It circulates as a homotrimer and higher order multimers as well as in heterotrimers with adiponectin. It is preferentially expressed in adipose tissue and plays a role in glucose homeostasis.

For this retrospective study, the investigators analyzed data from 110 patients with interstitial lung disease and scleroderma. They determined serum levels of CTRP9 and collected clinical and lung function data every 12 months over a four-year period.

Results indicated that elevated circulating CTRP9 was associated with worse lung function, but that low CTRP9 levels identified patients with stability of lung disease with reasonable accuracy. These findings suggest that CTRP9 may be a potential biomarker in SSc-associated ILD.

“Despite interstitial lung disease being the leading cause of death among scleroderma patients, there are very few markers that predict progression of the disease,” said senior author Dr. John Vargar, chief of the division of rheumatology at the University of Michigan. “CTRP9 is an entirely novel biomarker that has never been implicated in scleroderma. It will help physicians predict the course of the disease and identify those patients who would not need to be on aggressive treatment for their lung disease.”

“The results from the new study add to the collection of biomarkers that could help for classification and treatment prediction for people living with scleroderma-associated lung disease,” said Dr. Varga. “We look forward to future studies that validate and expand upon this work.”

The study was published in the July 12, 2021, online edition of the journal Arthritis Care & Research.