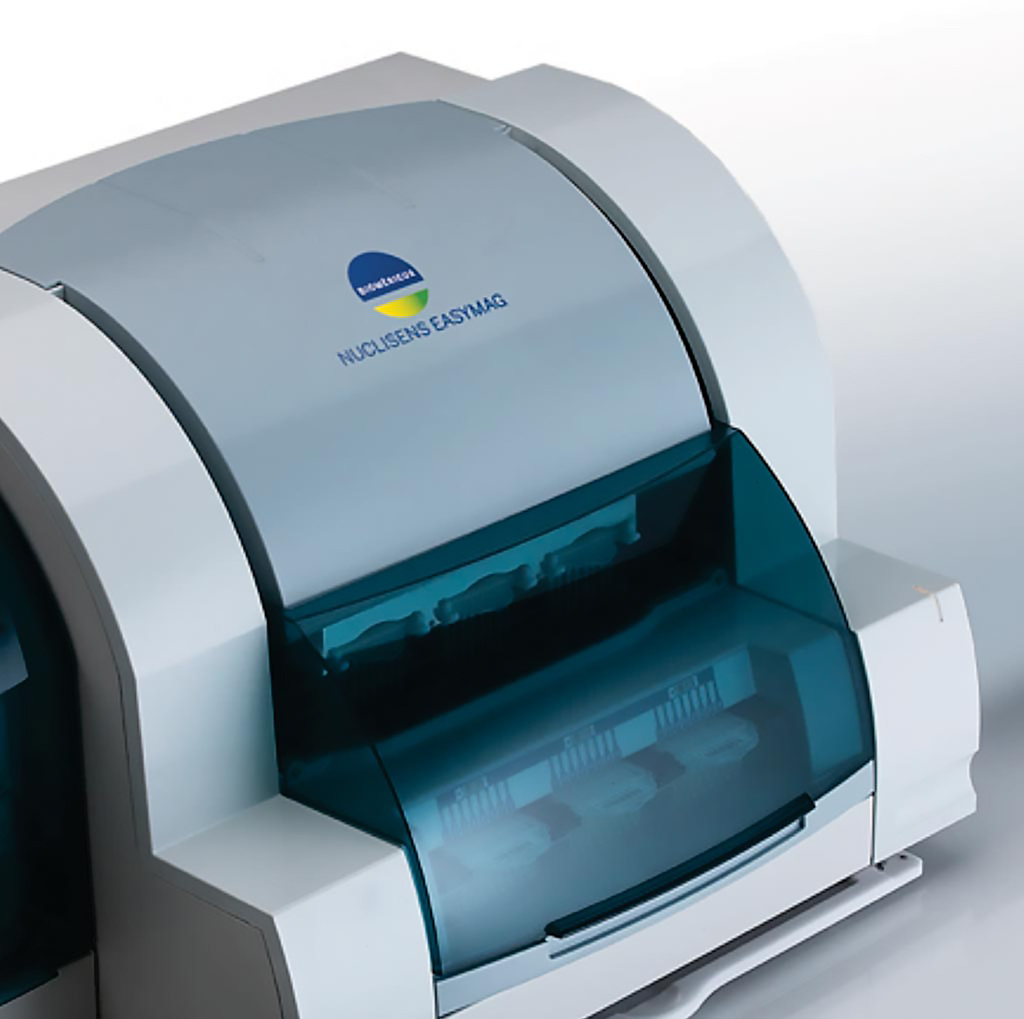 Image: The NUCLISENS EASYMAG instrument is designed to meet the most critical needs when it comes to premium quality total nucleic acid extraction. The system automates an enhanced magnetic silica version of BOOM technology, a gold standard for efficient universal extraction of RNA and DNA (Photo courtesy of bioMérieux).
More than six million children under the age 18 have asthma in the USA. Asthma exacerbations have high impact on children, their families, the health care system, and may lead to subsequent decline in lung function.

Early signs of loss of asthma control, often referred to as the Yellow Zone (YZ), is a period during which the patient is at risk of symptom progression to severe exacerbation. The airway microbiome has an important role in asthma pathophysiology, but little is known on the relationships between the airway microbiome of asthmatic children, loss of asthma control, and severe exacerbations.

A team of scientists led by those at the Washington University School of Medicine (St Louis, MO, USA) conducted an upper airway microbiome study in conjunction with a clinical trial involving 214 children ages 5 to 11 with mild to moderate asthma. During that trial, the team collected nasal mucus samples from the children to study their upper airway microbiomes. Samples were collected at the beginning of the trial, when all of the participants had controlled asthma, as well as at the first early signs that asthma control was slipping.

The investigators found that children who experienced early warning signs that their asthma was going to flare up were more likely to have bacteria associated with disease, including Staphylococcus, Streptococcus and Moraxella bacterial groups living in their upper airways. In contrast, airway microbes dominated by Corynebacterium and Dolosigranulum bacteria were associated with periods of good health, when asthma was well-controlled. The scientists also found that children whose airway microbial communities switched from being dominated by Corynebacterium and Dolosigranulum bacteria to being dominated by Moraxella bacteria were at the highest risk of worsening asthma symptoms compared with children whose microbial communities made any other kind of shift.

Yanjiao Zhou, MD, PhD, an assistant professor of medicine and first author of the study, said, “Our data demonstrated a rapid change of the airway microbiome in the children who transitioned from respiratory health to disease. It is also intriguing to find that the microbiome changing pattern could play an important role in asthma exacerbation.”

The authors concluded that they had demonstrated a relationship between upper-airway microbiota composition and the risk of both loss of asthma control and severe exacerbations, among school-aged children with asthma. The study was published on December 16, 2019 in the journal Nature Communications.