Two Different Mutations Identified as Cause of AML 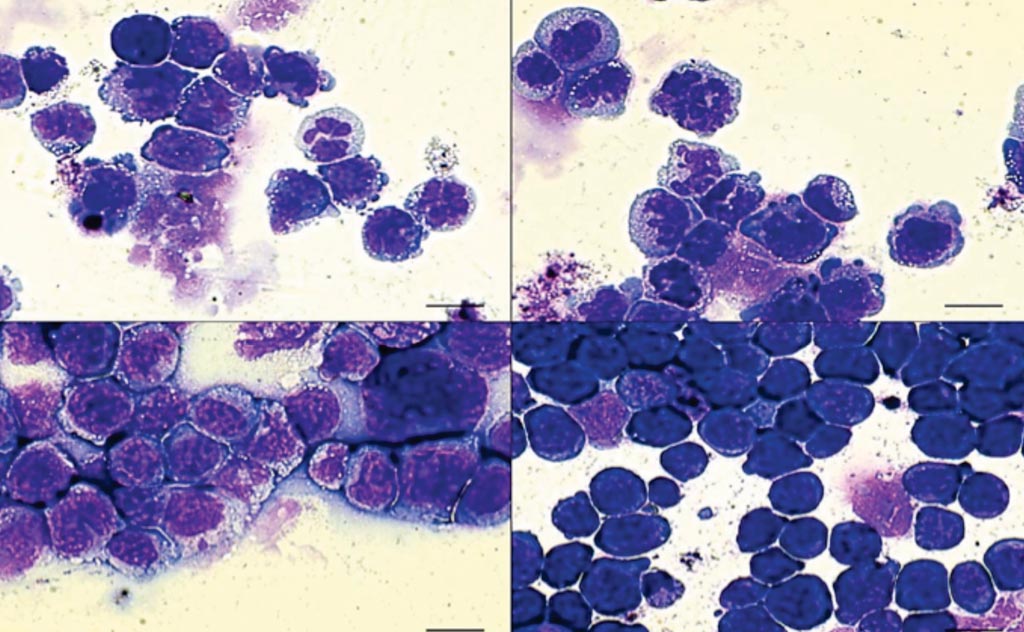 Transcription and pre-mRNA splicing are key steps in the control of gene expression and mutations in genes regulating each of these processes are common in leukemia. Despite the frequent overlap of mutations affecting epigenetic regulation and splicing in leukemia, how these processes influence one another to promote leukemogenesis is not well understood.

Scientists from Memorial Sloan Kettering Cancer Center (New York, NY, USA) collaborating with those at Cold Spring Harbor Laboratory (Cold Spring Harbor, NY, USA) analyzed transcriptomes from 982 patients with AML, and identified frequent overlap of mutations in IDH2 and SRSF2 that together promote leukemogenesis through coordinated effects on the epigenome and RNA splicing. Specifically, the presence of the IDH2 mutation enhances the errors caused by the SRSF2 mutation, preventing cells in the bone marrow from maturing into the red and white blood cells an AML patient needs to overcome the disease.

The team knew that one of the two mutations in question, the SRSF2 gene, and causes errors in a crucial process called RNA splicing. Splicing converts messages from DNA, called RNA, into readable instructions for a cell. Errors in this process can result in serious cell malfunction. Originally the scientists did not think splicing defects driven by SRSF2 were tied to AML because DNA tests show the mutations are present in only 1% of AML patients, but found that this problem is actually much more common, appearing about 11% of the time in AML patients.

Consistent with this, co-expression of mutant IDH2 and SRSF2 resulted in lethal myelodysplasia with proliferative features in vivo and enhanced self-renewal in a manner not observed with either mutation alone. IDH2 and SRSF2 double-mutant cells exhibited aberrant splicing and reduced expression of INTS3, a member of the integrator complex, concordant with increased stalling of RNA polymerase II (RNAPII).

Adrian Krainer, PhD, a professor and a senior author of the study, said, “Just because you see a mutation in a sick patient's cells doesn't really show that it's directly contributing to the disease. So in some ways, these two genes, when defective, are cooperating. Now that we do know about this interdependence, we may find points where we can intervene.” The study was published on October 2, 2019, in the journal Nature.