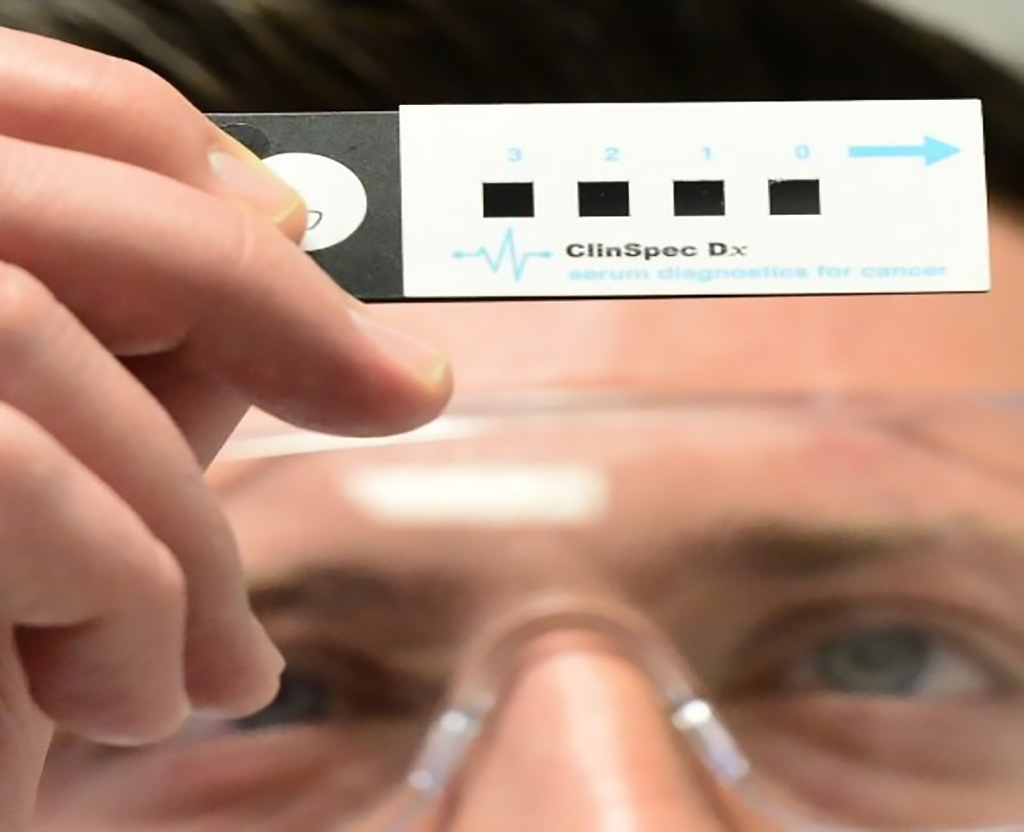 Image: The new ClinSpec Diagnostics’ test can diagnose brain cancer from a blood sample (Photo courtesy of University of Strathclyde).
Brain tumors tend to have ambiguous symptoms, such as headache or memory problems, and a brain scan is currently the only reliable way of diagnosing them. In recent years, the use of infrared (IR) spectroscopy to analyze disease state in biofluids has been largely employed with promising results.

A team of scientists at the University of Strathclyde (Glasgow, UK) and their colleagues evaluated ATR-FTIR on both liquid and dried samples to investigate “digital drying” as a novel approach for the analysis of spectra obtained from liquid samples. Quantum cascade laser infrared (QCL-IR) based spectroscopic imaging was also utilized on liquid samples to assess the implications of this novel light source on disease classification. The team tried out the new test on blood samples taken from 400 patients with possible signs of brain tumor who had been referred for a brain scan at the Western General Hospital (Edinburgh, UK).

Matthew Baker, PhD, Reader in Chemistry, and chief scientific officer at ClinSpec Diagnostics Ltd (Glasgow, Scotland), where the test was developed, and a senior author of the study, said, “These results are extremely promising because they suggest that our technique can accurately spot who is most likely to have a brain tumour and who probably does not. Because the technique requires just a small blood sample, if offers the potential to test a large number of people with suspicious symptoms and give the best indication of who needs an urgent brain scan. This could ultimately speed up diagnosis, reduce the anxiety of waiting for tests and get patients treated as quickly as possible.” The study was presented at the 2019 NCRI Cancer Conference held November 4- 6, 2019, in Glasgow, UK.