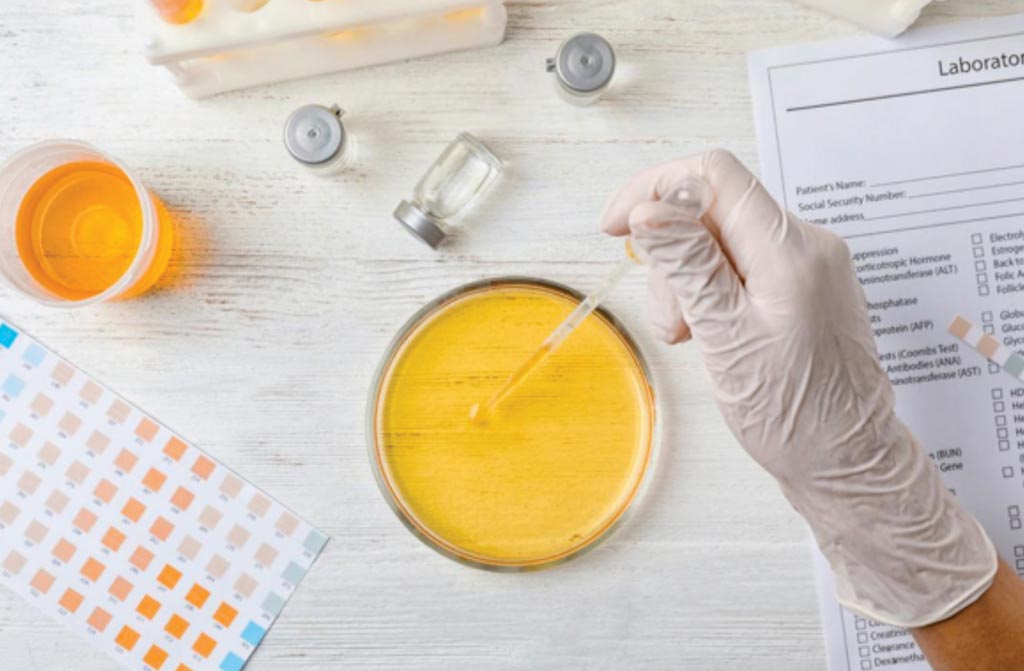 Image: A new study suggests that cutting-edge electronic devices can help doctors diagnose early stage bladder cancer (Photo courtesy of Ana Sandoiu).
It is estimated that bladder cancer will affect 80,470 people in the USA this year, and about 17,670 deaths are likely to result from these cases. Doctors diagnose approximately half of all bladder cancers while the cancer is still in situ, while in about one-third the disease has already spread to other parts of the bladder.

Currently, the most common ways of detecting bladder cancer are cystoscopies and urine cytology tests. The former are costly, invasive, and heavily reliant on how the operator performs them, while the latter are not very effective at detecting cancer in its early stages. Additionally, cytology tests are prone to error, as they are not the best tool for telling the difference between inflammation and malignancy.

Bioengineers at the Polytechnic University of València (València, Spain) and their colleagues have developed a complex electronic device as a possible new, efficient, simple, and cost-effective way of detecting bladder cancer in its early stages and monitoring people living with bladder cancer. The devices are called electronic tongues, which are a voltammetric device that can "mimic" the mechanism of human taste by using pattern-information software and sensors that can detect soluble compounds.

The scientists built on previous studies that revealed metabolic differences in the urine of people who had bladder cancer. These previous studies used established metabolomic techniques, such as liquid chromatography-mass spectrometry and nuclear magnetic resonance spectroscopy, to look at the metabolic profiles both before and after surgery. Bladder cancer has a high relapse rate, which is why monitoring patients is particularly important. In 2012, bladder cancer "was the ninth most common malignancy worldwide, with 430,000 newly diagnosed cases.

M. Carmen Martínez Bisbal, PhD, a biochemist and co-author of the study, said, “The preliminary results of this study, with a 75% accuracy rate, indicate that the shapes of current waveforms induced in urine through pulse voltammetry could allow, with an appropriate processing of the data, for a noninvasive diagnosis in the monitoring of patients with bladder cancer.” The study was presented at the XIII International Workshop on Sensors and Molecular Recognition held July 4-5, 2019, in Valencia, Spain.