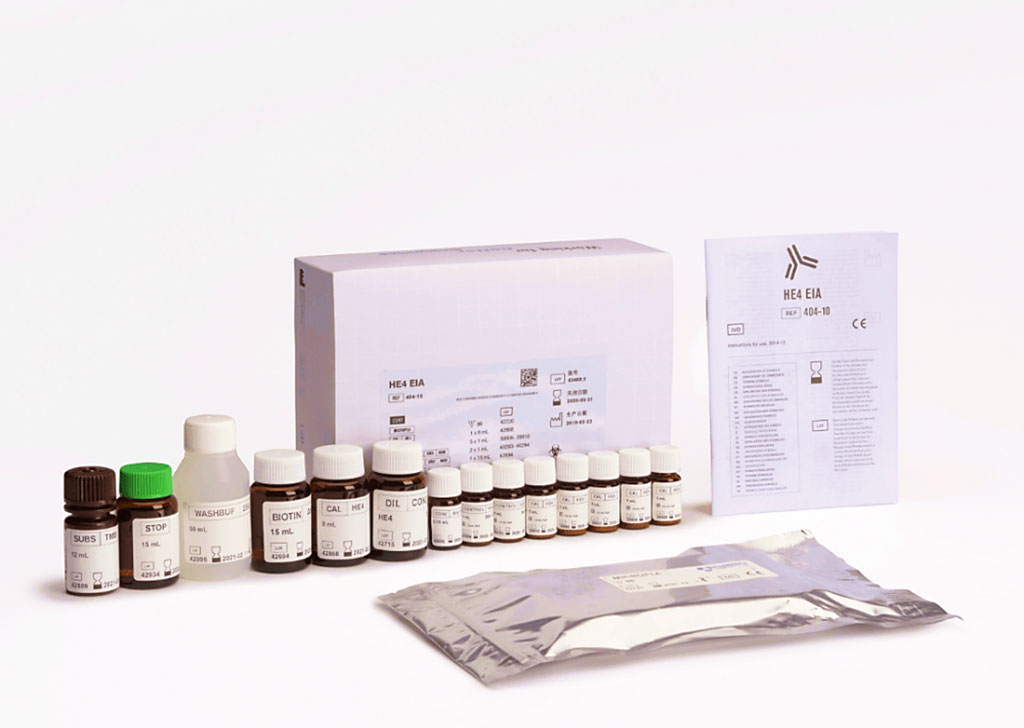 Image: The HE4 EIA is an enzyme immunometric assay for the quantitative determination of human epididymis protein 4 (HE4) in human serum. HE4 is consistently expressed in patients with ovarian cancer, and it has demonstrated increased sensitivity and specificity over that of CA125 alone (Photo courtesy of Fujirebio)
Ovarian cancer is the sixth most common cancer in women and the leading cause of death from gynecological malignancy in the UK. Cancer antigen 125 (CA125) is the most widely used diagnostic biomarker for ovarian cancer; however it lacks the diagnostic accuracy to reliably detect ovarian cancer at an early stage.

There has been growing interest in human epididymis protein 4 (HE4), a protein found on cells that line the lungs and reproductive organs, such as the ovaries, as an additional serum biomarker for ovarian cancer. With clinical use of HE4 expanding, a high throughput automated assay that allows multiple samples to be analyzed rapidly is needed.

The investigators demonstrated in their study a significant difference in serum HE4 values measured using CLEIA and conventional EIA. There was moderate agreement between the two methods, but CLEIA significantly overestimated HE4 values when compared to EIA, with a mean percentage bias of 16.25%. Identified biases of 7.2 pmol/L and 10 pmol/L, at the thresholds of 70 pmol/L and 140 pmol/L respectively, are likely to significantly impact clinical interpretation and decision making when using values measured by the CLEIA, highlighting the importance of assay-specific cut-offs for clinical application.

The authors concluded that the CLEIA significantly overestimates HE4 values compared to the EIA, suggesting that a common clinical decision limit may not be appropriate. The study was published in the August, 2021 issue of the journal Practical Laboratory Medicine.