Apolipoprotein B Singled Out as Heart Attack Risk Predictor 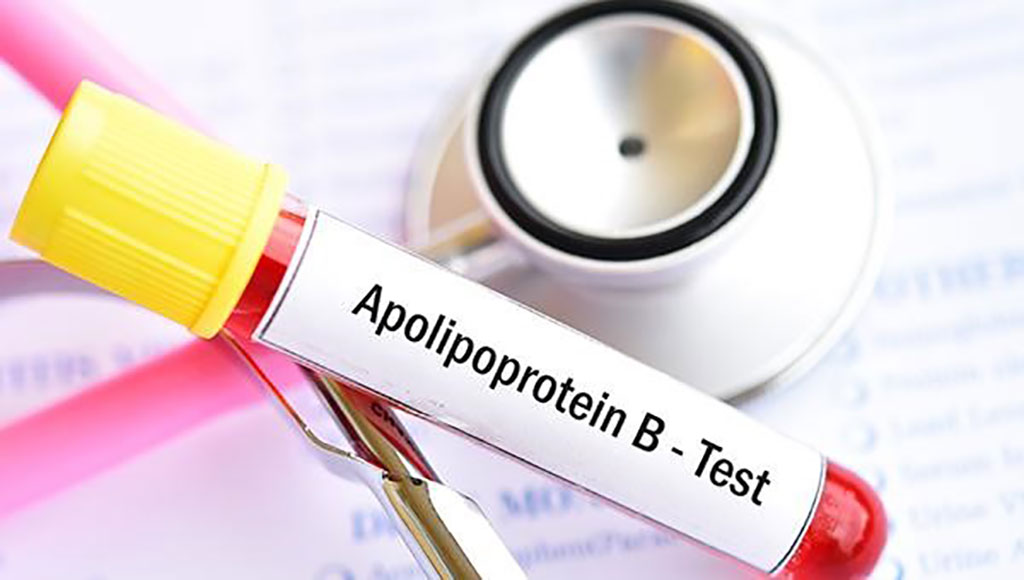 Image: Apolipoprotein B–containing lipoproteins are associated with risk of myocardial infarction in individuals with and without atherosclerosis (Photo courtesy of the Cardiovascular Research Foundation)
The selection of risk factors is based on what makes a highly significant independent contribution to predicting risk. Age, sex, smoking, systolic blood pressure and total cholesterol are well known to be important. Also, diabetes and left ventricular hypertrophy increase risk as does a previous stroke or heart attack.

Apolipoprotein B (Apo B) is a major protein component of low-density lipoprotein (LDL) comprising >90% of the LDL proteins and constituting 20-25% of the total weight of LDL. Apo B exists in two forms. Apo B-100, the most abundant form of Apo B, is found in lipoproteins synthesized by the liver including LDL, VLDL, and IDL. Lipid management typically focuses on levels of low-density lipoprotein cholesterol (LDL-C) and, to a lesser extent, triglycerides (TG).

Cardiologists at the Brigham and Women’s Hospital (Boston, MA, USA) and their colleagues carried out prospective cohort analysis included individuals from the population-based UK Biobank and from two large international clinical trials. The median (IQR) follow-up was 11.1 (10.4-11.8) years in UK Biobank and 2.5 (2.0-4.7) years in the clinical trials.

The investigators reported that in the primary prevention cohort, apoB, non–HDL-C, and TG each individually were associated with incident myocardial infarction (MI). However, when assessed together, only apoB was associated (adjusted hazard ratio [aHR] per 1 SD, 1.27; P < .001). Similarly, only apoB was associated with MI in the secondary prevention cohort. Adjusting for apoB, there was no association between the ratio of TG to LDL-C (a surrogate for the ratio of TG-rich lipoproteins to LDL) and risk of MI, implying that for a given concentration of apoB-containing lipoproteins, the relative proportions of particle subpopulations may no longer be a predictor of risk.

Nicholas Marston, MD, MPH, a Cardiologist and lead author of the study said, “We looked at apolipoprotein B, non-HDL cholesterol, and triglycerides, and all three are predictive of risk when you look at them independently and without adjustment. Even when you adjust for clinical factors, each were predictive of MI, which is the endpoint of interest in this study. However, when you also adjusted for the other lipid parameters, apolipoprotein B was the only one that remained significant.”

The authors concluded that in the cohort study, risk of MI was best captured by the number of apoB-containing lipoproteins, independent from lipid content (cholesterol or TG) or type of lipoprotein (LDL or TG-rich). This suggests that apoB may be the primary driver of atherosclerosis and that lowering the concentration of all apoB-containing lipoproteins should be the focus of therapeutic strategies. The study was published on November 13, 2021 in the journal JAMA Cardiology.