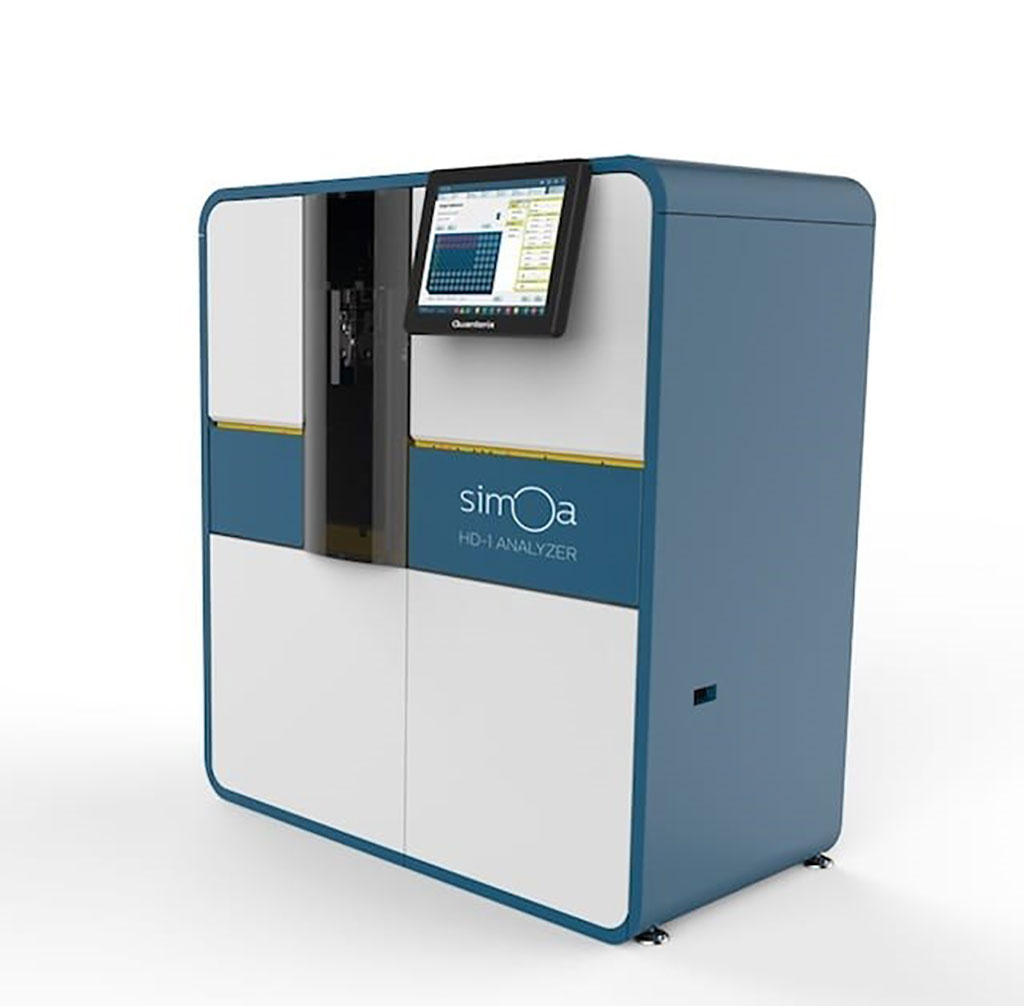 Neurodegeneration, or brain cell loss, is characteristic of many disorders including Alzheimer's disease, vascular dementia, and Lewy body dementia. Causes and location of neurodegeneration in the brain vary with disease. In Alzheimer's disease, amyloid plaques and neurofibrillary tangles contribute to neurodegeneration and there tends to initially be more brain cell loss in the temporal lobe. In vascular-related cognitive impairment, infarct, white matter hyperintensities, and microbleeds can contribute to cognitive changes.

Neurologists at the Mayo Clinic (Rochester, MN) and their colleagues included 995 participants without dementia who were enrolled in the Mayo Clinic Study on Aging. All had concurrent plasma NfL and Total-tau, cognitive status, and neuroimaging data. Follow-up was repeated approximately every 15 months for a median of 6.2 years. Plasma NfL and T-tau were measured on the Simoa HD-1 Platform (Quanterix, Billerica, MA, USA).

The scientists reported that baseline plasma NfL, compared to T-tau, was more strongly associated with cognitive and neuroimaging outcomes in all analyses. The combination of having both elevated NfL and T-tau at baseline, however, was more strongly associated at cross-section with worse global cognition and memory and with neuroimaging measures including temporal cortex thickness and increased number of infarcts. Longitudinally, T-tau did not add to the prognostic value of NfL. Analyses using Alzheimer's Disease Neuroimaging Initiative (ADNI) had similar result.

Michelle M. Mielke, PhD, a Professor and a senior author of the study, said, “For prognosis purposes, neurofilament light better predicted the rate of neurodegeneration and cognitive decline, regardless of what the cause of neurodegeneration might be. NfL also may help determine how fast someone declines and how effective future therapies might be in slowing this decline.”

The authors concluded that overall, plasma NfL had better utility as a prognostic marker of cognitive decline and neuroimaging changes. Plasma T-tau adds cross-sectional value to NfL in specific contexts. The study was presented on April 18, 2021 at the American Academy of Neurology annual meeting.