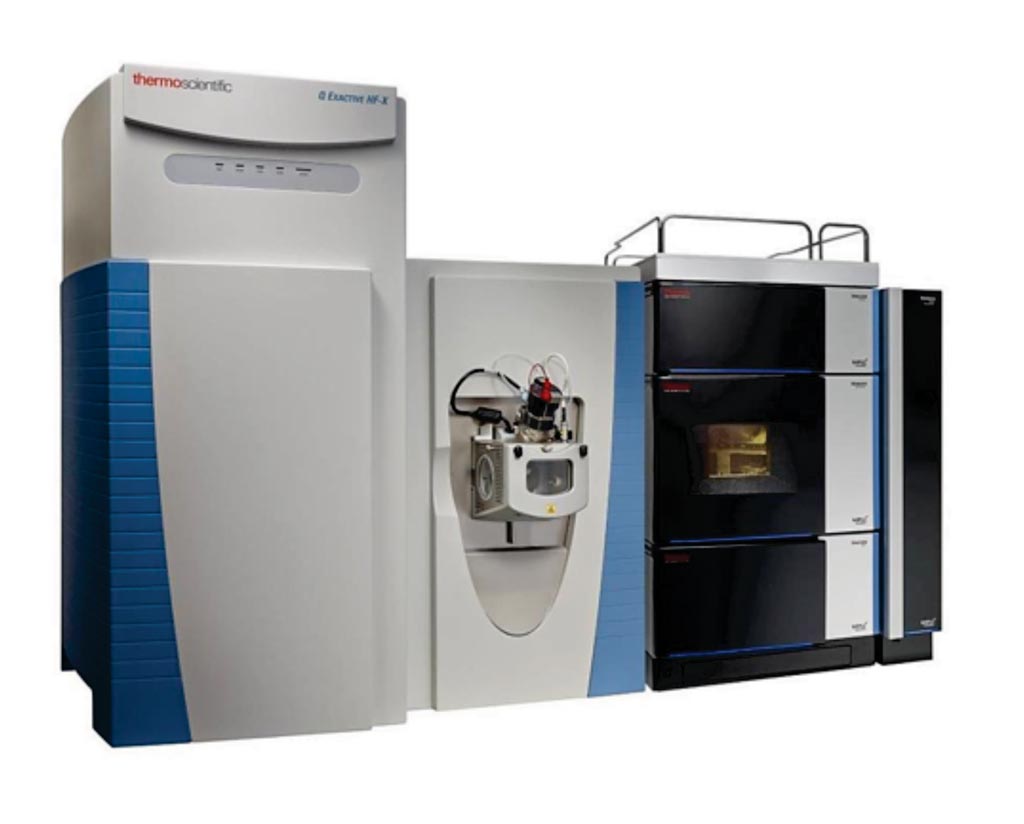 Image: The Q Exactive HF-X hybrid quadrupole mass spectrometer (Photo courtesy of Thermo Fisher Scientific).
Fast identification of microbial species in clinical samples is essential to provide an appropriate anti-biotherapy to the patient and reduce the prescription of broad-spectrum antimicrobials leading to anti-bioresistances.

Matrix-assisted laser desorption/ionization – time of flight-mass spectrometry (MALDI-TOF-MS) technology has become a tool of choice for microbial identification, but has several drawbacks as it requires a long step of bacterial culture prior to analysis (24 hours), has a low specificity and is not quantitative.

The sceintists tested these targeted assays in urine samples inoculated with the four most commonly found causes of UTIs (Escherichia coli, Streptococcus agalactiae, Enterococcus faecalis, and Klebsiella pneumonia) at five different concentrations running the experiments with 90-minute LC gradients on a Thermo Fisher Scientific Orbitrap Fusion. They also ran the samples on a Thermo Fisher Q Exactive HF-X using a 30-minute LC gradient. The assays showed 100% accuracy in all inoculations at concentrations above the standard clinical threshold and 97% accuracy overall.

The authors concluded that their work demonstrates the efficiency of the method for the rapid and specific identification of the bacterial species causing UTI and could be extended in the future to other biological specimens and to bacteria having specific virulence or resistance factors. The study was published on October 4, 2019, in the journal Molecular & Cellular Proteomics.