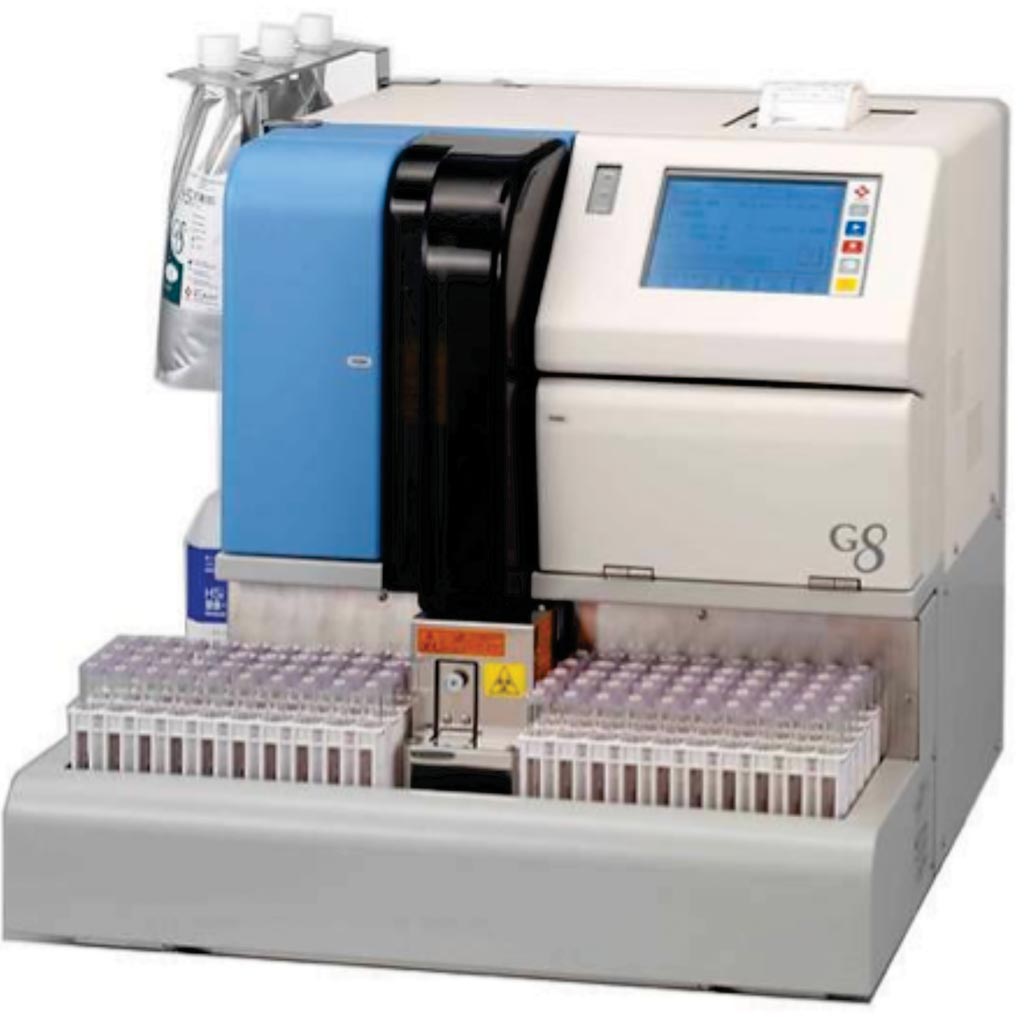 Image: The Tosoh Automated Glycohemoglobin Analyzer G8, designed for rapid and reliable diabetic monitoring and diagnosis (Photo courtesy of Tosoh).
Diabetes is a chronic metabolic disease due either to a lack of insulin secretion or reduced insulin sensitivity, with high blood sugar levels being the main characteristic and is often associated with fat, protein and electrolyte metabolic disorders and acid-base imbalance.

The risk of heart, brain or renal vascular disease is three to five times higher in diabetes patients than in normal subjects. Previous studies have shown that major vascular complications are already evident even in subjects with blood glucose levels under the limit for the diagnosis of diabetes.

Endocrinologists at the Ninth Hospital of Xi’an (Xian Shi, China) recruited total of 354 participants study including 174 in the type 2 diabetes (T2DM) group, 112 in the impaired glucose regulation (IGR) group and 68 in the normal glucose tolerance (NGT) group. Fasting blood samples were taken from all participants to measure various biochemical parameters. All indexes were monitored at 30 minutes, 60 minutes, 120 minutes and 180 minutes after subjects had orally taken 75 g glucose, a three-hour oral glucose tolerance test (OGTT).

The authors concluded that in an OGTT, insulin and C-peptide serum concentrations were higher in the IGR than in the T2DM and NGT groups. In addition, TC, TG and LDL-C were all significantly higher and HDL-C values significantly lower in the IGR and T2DM groups compared to the NGT group. The study was published on July 15, 2019, in the journal BMC Endocrine Disorders.