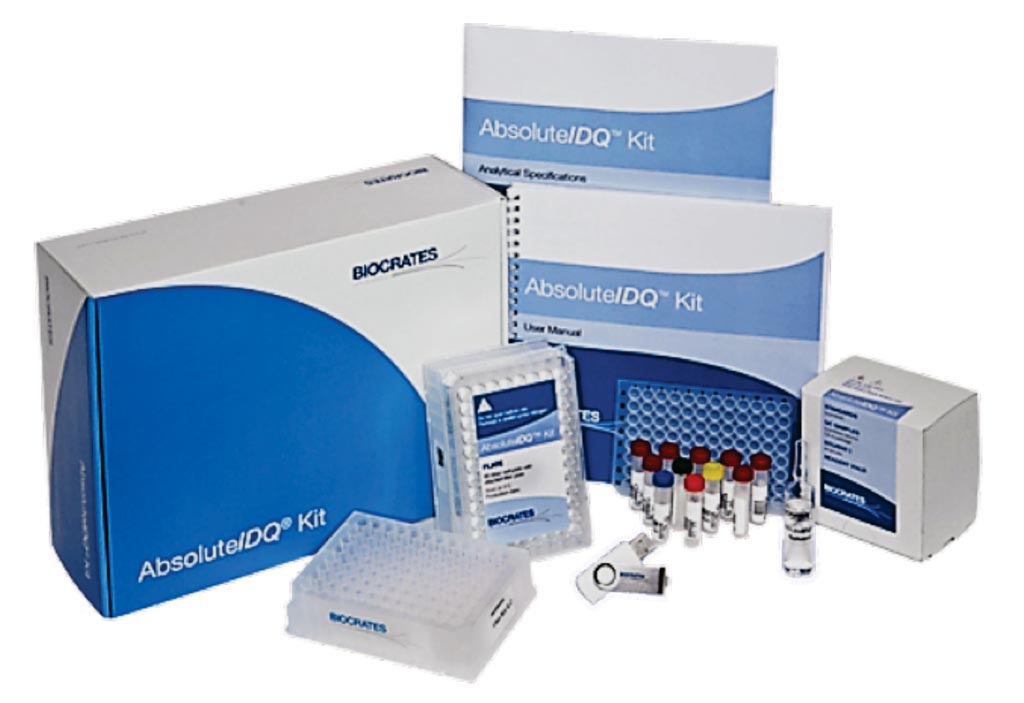 Image: The AbsoluteIDQ p180 kit identifies and quantifies more than 180 metabolites from five different compound classes (Photo courtesy of Biocrates Life Sciences).
Prostate cancer is the second most commonly diagnosed cancer in men worldwide, but circulating insulin-like growth factor I is the only established risk factor that is potentially modifiable.

A large team of scientists collaborating with those at the Nuffield Department of Population Health (Oxford, UK) recruited 153,400 men from 19 centers in eight European countries. At recruitment, detailed information was collected on dietary intake, lifestyle, anthropometry and previous disease, and 139,600 men also gave a blood sample. Histological grade was known for 83.8% of cases and information on tumor stage was available for 61.7% of cases.

All plasma samples (citrate anticoagulant) were assayed using the AbsoluteIDQ p180 Kit. Pre-diagnostic plasma concentrations of 122 metabolites, including acylcarnitines, amino acids, biogenic amines, glycerophospholipids, hexose and sphingolipids, were measured using targeted mass spectrometry and compared between 1,077 prostate cancer cases and 1,077 matched controls. A triple quadrupole mass spectrometer was used to quantify the metabolites. The concentration of total prostate-specific antigen (PSA) at baseline was measured and was available for 71.1% of men in the current study, including 764 controls, for whom 489 had a concentration below 1 ng/mL, and 768 cases.

The authors concluded that several metabolites. C18:1, citrulline, trans-4-hydroxyproline, three glycerophospholipids and SM (OH) C14:1 might be related to prostate cancer. Analyses by time to diagnosis indicated that citrulline may be a marker of subclinical prostate cancer, while other metabolites might be related to etiology. Several glycerophospholipids were inversely related to advanced stage disease. The study was published on July 5, 2017, in the journal BMC Medicine.