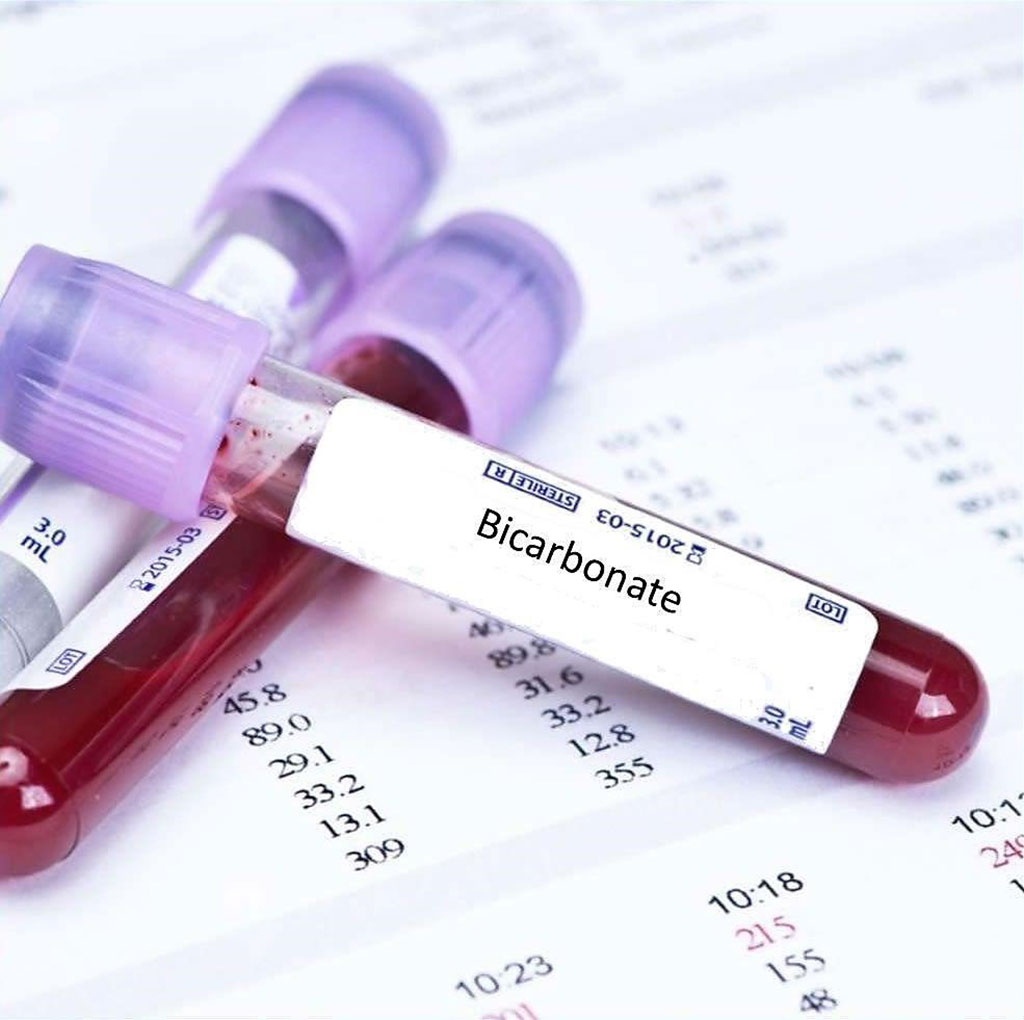 Image: Low levels of bicarbonate in the blood were linked to a higher risk of progression to chronic kidney disease (Photo courtesy of Blood Tests London).
Metabolic acidosis is a serious electrolyte disorder characterized by an imbalance in the body's acid-base balance. Metabolic acidosis has three main root causes: increased acid production, loss of bicarbonate, and a reduced ability of the kidneys to excrete excess acids.

Chronic kidney disease (CKD) is a major health problem worldwide. Although relatively uncommon in children, it can be a devastating illness with many long-term consequences. CKD presents unique features in childhood and may be considered, at least in part, as a stand-alone nosologic entity.

Nephrologists at the Children’s National Hospital (Washington, DC, USA) and their colleagues carried out a prospective cohort study of pediatric patients aged 6 months to 16 years with mild to moderate CKD, 603 patients with non-glomerular disease and 255 patients with glomerular disease were included. Patients were analyzed for CKD progression of a 50% decline in baseline eGFR after exposure to serum bicarbonate. Analysis was stratified by glomerular diagnoses and adjusted for alkali therapy utilization.

The authors concluded that in children with glomerular disease, low bicarbonate was linked to a higher risk of CKD progression. Resolution of low bicarbonate was associated with a lower risk of CKD progression. Fewer than one half of all children with low bicarbonate reported treatment with alkali therapy. Long-term studies of alkali therapy’s effect in patients with pediatric CKD are needed. The study was published on June 8, 2020 in the Clinical Journal of the American Society of Nephrology.