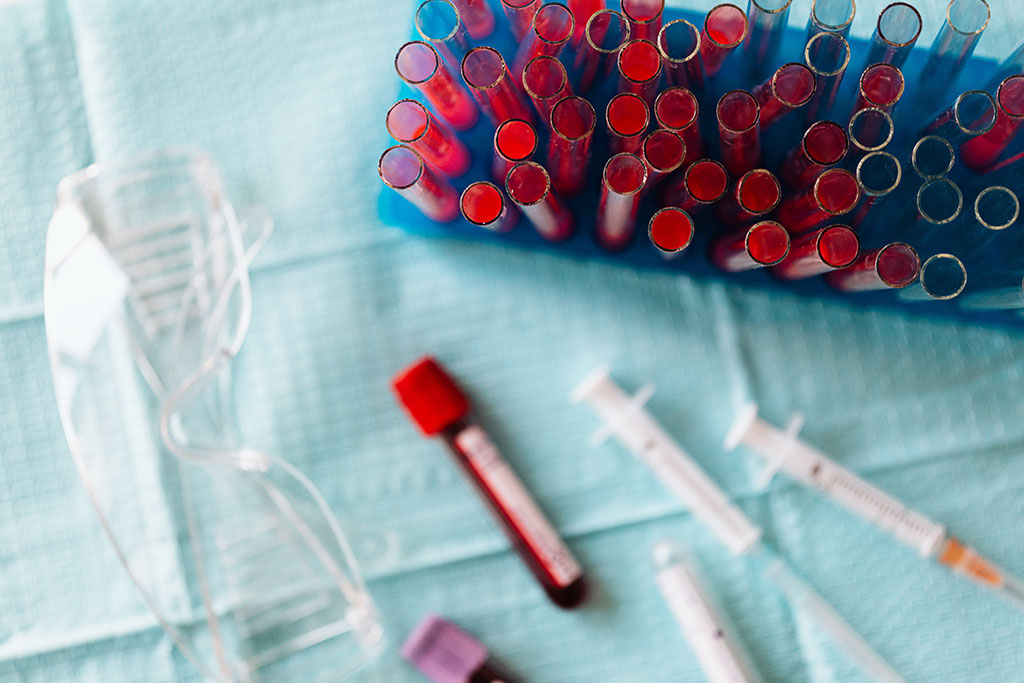 Image: Short-chain fatty acids in blood can serve as biomarkers in testing for pregnancy complications (Photo courtesy of Pexels)

Pre-eclampsia, gestational diabetes and intrahepatic cholestasis, a liver condition, are three common and dangerous pregnancy complications. The medical world is yet to fully understand their causes and their relation with the gut microbiome, which is affected by pregnancy and pregnancy-related conditions. Early diagnosis and treatment of these complications is vital for avoiding poor outcomes and long-term consequences. Now, scientists have discovered that short-chain fatty acids in blood can be used as biomarkers in testing for these dangerous pregnancy complications.

A study by a team of scientists at Ningbo University (Zhejiang, China) involved 112 women split into four groups: the ones who had healthy pregnancies, and others diagnosed with pre-eclampsia, gestational diabetes, or intrahepatic cholestasis. In order to avoid confusion, the scientists excluded patients who were previously diagnosed with diabetes or related medical conditions, exhibited gastrointestinal symptoms, or were under medication that could affect the gut microbiome. For the analysis, medical histories and blood samples of the patients were taken and analyzed for levels of short-chain fatty acids including acetic, propionic, butyric, isobutyric, isovaleric, and hexanoic acid.

The team discovered a number of strong candidates for biomarkers among the short-chain fatty acids, specifically isobutyric acid. All the three groups of women experiencing the specified complications exhibited elevated levels of isobutyric acid. The women diagnosed with gestational diabetes and pre-eclampsia also showed elevated levels of isovaleric, acetic and propionic acid – the latter two can be attributed to dyslipidemia, or lipids imbalance in the blood. In contrast, the women diagnosed with intrahepatic cholestasis exhibited much lower levels of all the short-chain fatty acids, except isobutyric acid, while their hexanoic acid levels shows a strong correlation with their illness. According to the scientists, the lower levels of short-chain fatty acids could be attributed to lower abundance of flora in the gut microbiome, while the hexanoic acid might be linked to related inflammation.

Since gestational diabetes, pre-eclampsia and intrahepatic cholestasis are associated with significant morbidity and mortality, these biomarkers could help in early detection and treatment of these conditions as well as save lives. Further research will need to be carried out for application of these findings in clinical use. Going forward, the scientists plan to examine the fecal microbiome to determine the precise correlation between the microbiome and short-chain fatty acid levels. The team also plans to conduct studies that will incorporate data on lifestyle factors which could affect the microbiome and analysis of the microbiota in the genital tract.

“We analyzed and correlated the distribution of short-chain fatty acids during normal pregnancy and during three specific types of complicated pregnancy, gestational diabetes, pre-eclampsia, and intrahepatic cholestasis,” said Dr Rongrong Xuan, senior author of the study, published in Frontiers in Cellular and Infection Microbiology. “The metabolic products of intestinal flora, short-chain fatty acids, during pregnancy are closely related to these pregnancy complications. They can be used as potential markers of pregnancy complications.”