Vircell is a biotechnology company specialized in the development and production of ready-to-use reagents for the dia... read more Featured Products: 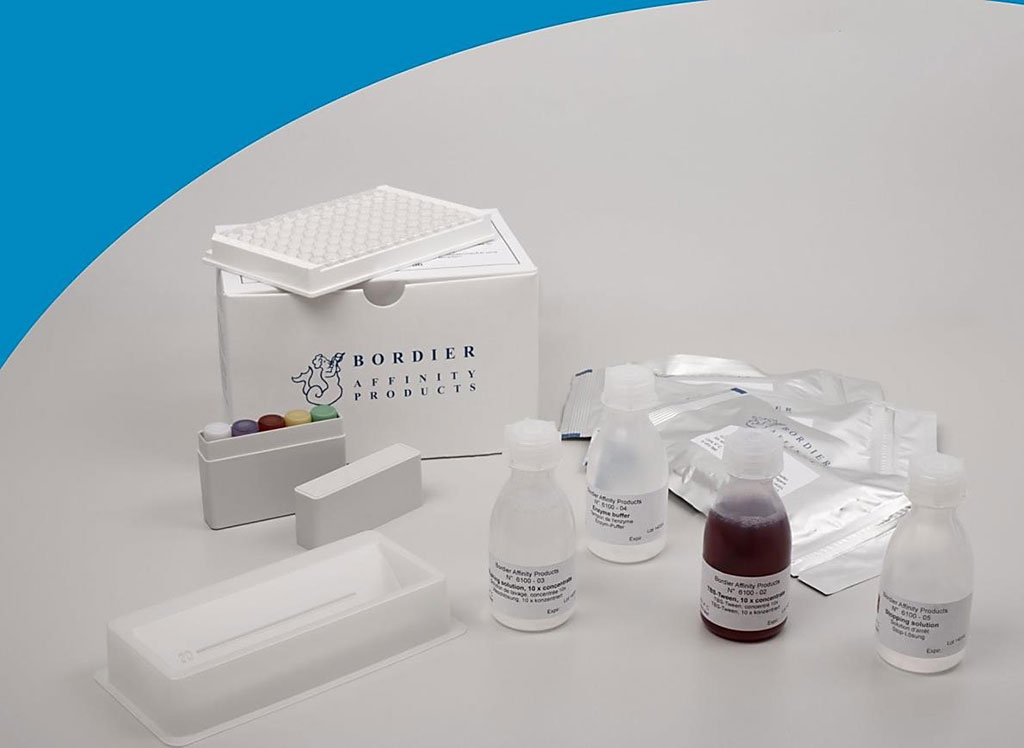 Image: An enzyme-linked immunosorbent assay (ELISA) kit for the diagnosis of visceral leishmaniasis in humans (Photo courtesy of Bordier Affinity Products)
Human visceral leishmaniasis (VL) is a neglected disease endemic in the Mediterranean region, caused by Leishmania infantum. Accurate VL diagnosis is critical for rapid and correct patient management. Dogs are the main reservoir of L. infantum parasites that are transmitted to humans by the bite of infected phlebotomine sand flies.

Parasite detection by microscopic examination of bone marrow aspirates is the gold standard method, but lacks sensitivity and requires invasive procedures. The culture of parasites isolated from patients might improve the diagnostic sensitivity. Various methods are used for VL serodiagnosis and molecular tests have been employed.

A team of scientists at the Université de Montpellier (Montpellier, France) and their international colleagues tested serum samples from 319 patients living in France, Tunisia or Morocco. The population of 181 with proven VL included 65 immunocompromised patients.

The team reported that significantly higher percentages of false-negative results were obtained with all assays in immunocompromised patients, compared with the immunocompetent population. In the whole population, sensitivity and specificity ranged from 80.7% to 93.9% and from 95.7% to 100%, respectively. The maximum accuracy was observed with the Bordier and Vircell ELISA kits (96.2%), and the lowest accuracy with Ridascreen reagent (88.7%). New thresholds of positivity are proposed for the Bordier, Vircell and NovaLisa ELISA kits to achieve 95% sensitivity with the highest possible specificity. Western blot (WB), used as a confirmation method, showed 100% sensitivity and identified 10.1% of asymptomatic carriers among the control population from the South of France.

The authors concluded that the Vircell and Bordier ELISA kits displayed significantly higher accuracy rates in the whole population than the other tests. For field studies, the TruQuick ICT is the most suitable with satisfactory performances. In immunocompromised patients, the index values of all ELISA reagents were significantly lower than in the immunocompetent population and false-negative results were more frequent. The study was published on March 25, 2020 in the journal PLOS Neglected Tropical Diseases.