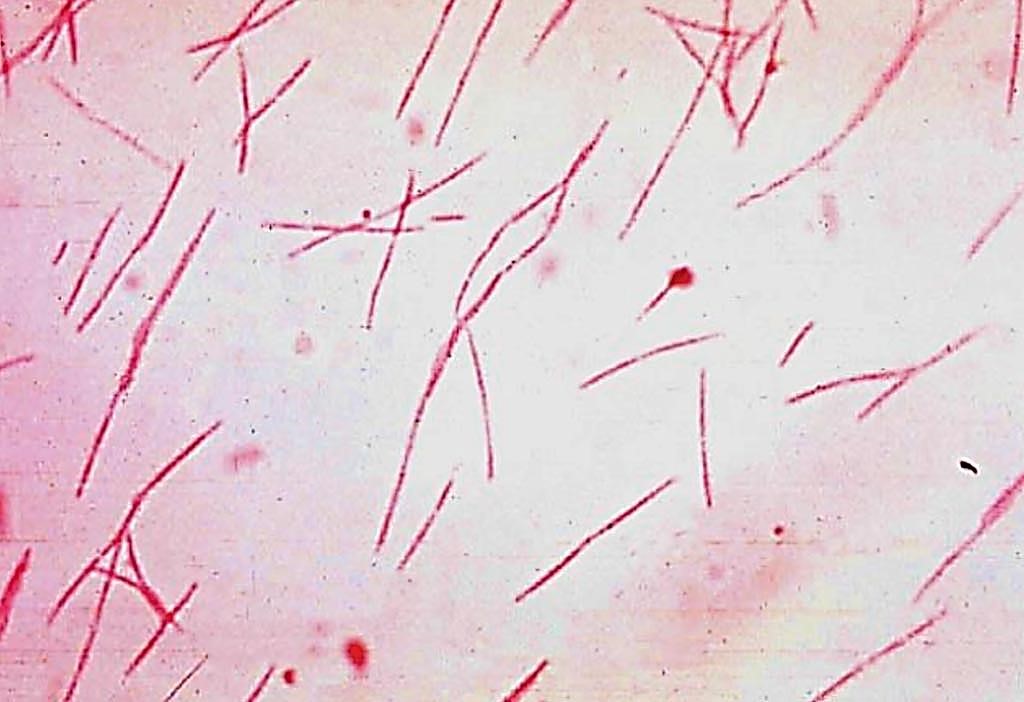 Image: Photomicrograph of the bacterium, Fusobacterium nucleatum: gram-negative stained from culture (Photo courtesy of J. Michael Miller, PhD, (D)ABMM)
Colorectal cancer incidence has been declining for several decades in people over 55, in part because of the increased use of screening for the disease, particularly with colonoscopy which can find and remove polyps before they become cancerous.

However such screenings are generally not recommended for people under age 50, but colorectal cancer rates have been increasing at nearly a 2% annual rate in people under age 55 since 2006. There are many theories about why, including a rise in obesity, diabetes, and diets low in whole grains among younger people.

Bacteria typically linked to periodontal disease, Fusobacterium nucleatum, could play an important role in the rising incidence of colorectal cancer in people under the age of 45. Another type of bacteria, Moraxella osloensis, has been found in colorectal cancer tumors at a nearly four-fold higher rate in people over 75 than in those under 45 years of age, pointing out how differences in the bacteria that comprise what is known as the body's microbiome could affect cancer outcomes to varying degrees.

Oncologists at the Georgetown Lombardi Comprehensive Cancer Center (Washington, DC, USA) analyzed the role of the microbiome in colorectal cancer. To do this they looked at the DNA and microbiome of archived tumors, as well as adjacent normal tissue when available, from 31 patients with colorectal cancer who were diagnosed before the age of 45 or after the age of 65.

Scientists have known that certain microbes that comprise the microbiome, which consists of different types of bacteria, fungi and viruses, can disturb the lining of the colon and promote tissue inflammation. This can result in mutations to the DNA of cells in the colon and lead to cancer. Scientists also know that F. nucleatum can promote cancerous growth by suppressing immune responses in the colon.

Overall, the investigators found 478 unique bacterial and fungal species in the tumors. One of the most common bacteria found was F. nucleatum, which appeared in five of the younger patients' tumors and in three of the older patients' tumors. The team also found a significant difference in the rate of Moraxella osloensis (11% versus 46%) in younger compared to older patients.

Benjamin Adam Weinberg, MD, an assistant professor of medicine and a senior author of the study, said, “There was a much higher presence of F. nucleatum in younger patients than we expected. We haven't seen large genetic differences in colorectal tumors from younger versus older people, so we hypothesize that something else, perhaps the microbiome, is contributing to the rise in incidence of the disease in younger people.” The study was presented at the American Society of Clinical Oncology Gastrointestinal Cancers Symposium held January 23-25, 2020 in San Francisco, CA, USA).