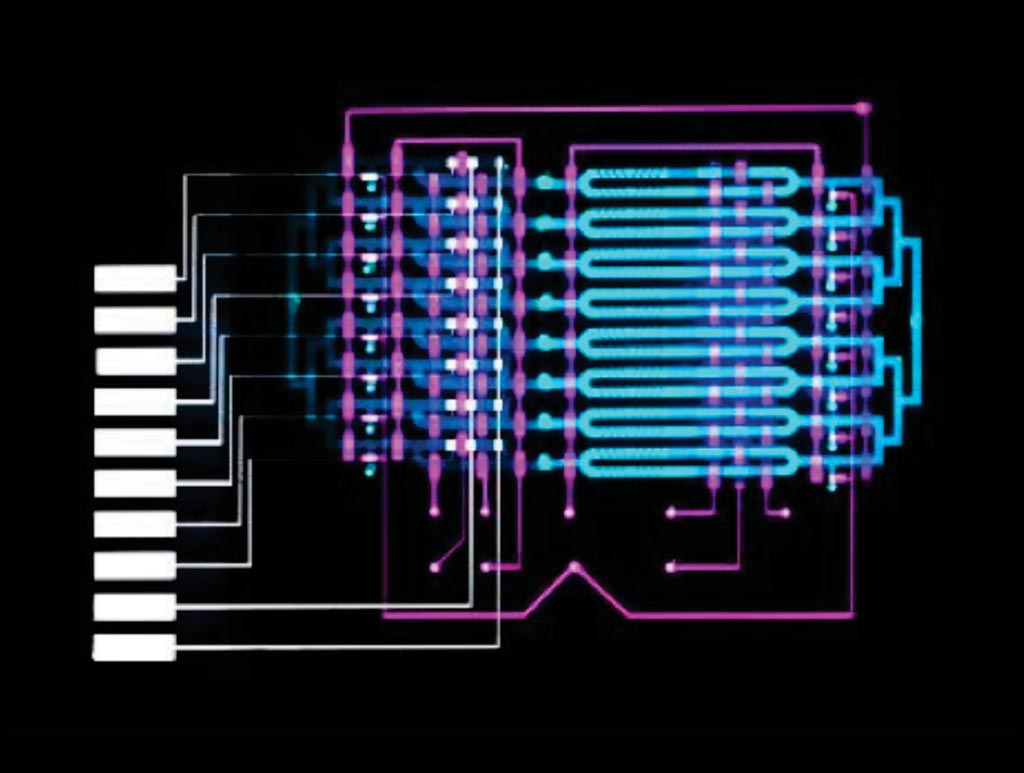 Image: An MIT-invented microfluidics device could help doctors diagnose sepsis, a leading cause of death in US hospitals, by automatically detecting elevated levels of a sepsis biomarker in about 25 minutes, using less than a fingerprick of blood (Photo courtesy of Felice Frankel).
Sepsis is a life-threatening condition and early diagnosis is crucial to ensure that treatment is not delayed. However, as current diagnostic methods are imprecise, the condition is misdiagnosed in 30% of patients.

It is estimated that, each year, sepsis affects over 30 million people around the world. Sepsis may also lead to around six million deaths each year. To prevent sepsis from evolving into septic shock, a complication that makes premature death more likely, doctors have to diagnose it early and act on it quickly. Yet current diagnostic methods are often symptomatic, combined with tests checking for general markers of infection or organ damage.

Bioengineers and their colleagues at Massachusetts Institute of Technology (Cambridge, MA, USA) have developed a microfluidics-based system that automatically detects clinically significant levels of interleukin-6 (IL-6) for sepsis diagnosis in about 25 minutes, using less than a finger prick of blood. In one microfluidic channel, microbeads laced with antibodies mix with a blood sample to capture the IL-6 biomarker. In another channel, only beads containing the biomarker attach to an electrode. Running voltage through the electrode produces an electrical signal for each biomarker-laced bead, which is then converted into the biomarker concentration level.

The device uses about 5 µL of blood, which is about a quarter the volume of blood drawn from a fingerprick and a fraction of the 100 µL required to detect protein biomarkers in laboratory-based assays. The device captures IL-6 concentrations as low as 16 pg/mL, which is below the concentrations that signal sepsis, meaning the device is sensitive enough to provide clinically relevant detection. This suggests that the device is very sensitive to the presence of key biomarkers. More importantly, the scientists argue that the innovative tool is highly adaptable and could be set to detect other sepsis biomarkers, such as interleukin-8, C-reactive protein, and procalcitonin, among others.

Dan Wu, a PhD student in the Department of Mechanical Engineering, and first author of the study said, “For an acute disease, such as sepsis, which progresses very rapidly and can be life-threatening, it’s helpful to have a system that rapidly measures these non-abundant biomarkers. You can also frequently monitor the disease as it progresses.” The study was presented at the Engineering in Medicine and Biology Conference held July 23-27, 2019, in Berlin, Germany.