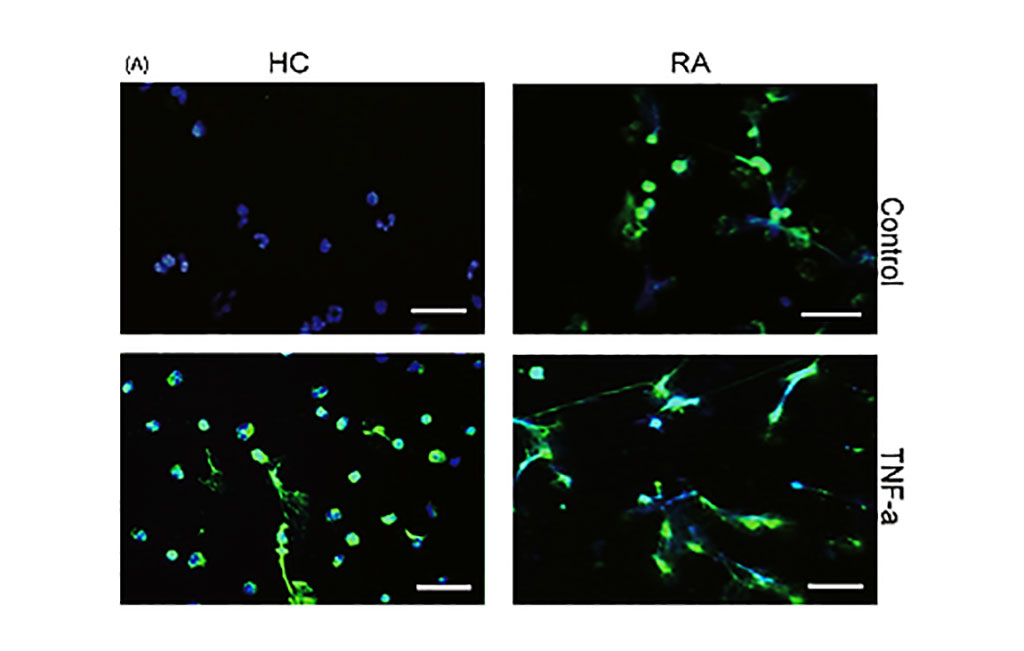 Rheumatoid arthritis (RA) is a chronic autoimmune disease mainly involving inflammation of the cartilage and joints. A broad spectrum of autoantibodies is found in sera collected from patients with RA. However, anti‐citrullinated protein antibodies (ACPAs) and rheumatoid factor (RF) are the two autoantibodies most often used for the diagnosis and prognosis prediction of RA.

The team reported that in RA patients, NET remnants in the peripheral circulation were higher in extremely high ACPA titers when compared to in moderate ACPA titers. IgG antibodies containing ACPA can stimulate neutrophils to form NETs in a concentration‐dependent manner. Furthermore, significantly higher expression of the pro‐inflammatory cytokines IL‐6 and IL‐8 is detected after FLS cells interacted with NETs which derived from neutrophils stimulated with ACPA‐containing IgG antibodies.

The authors concluded that anti‐citrullinated protein antibodies may enhance NET formation and contribute to inflammation development in RA by stimulating NET formation, such as by subsequent activation of FLS cells by NETs. The study was published on November 28, 2020 in the Journal of Clinical Laboratory Analysis.