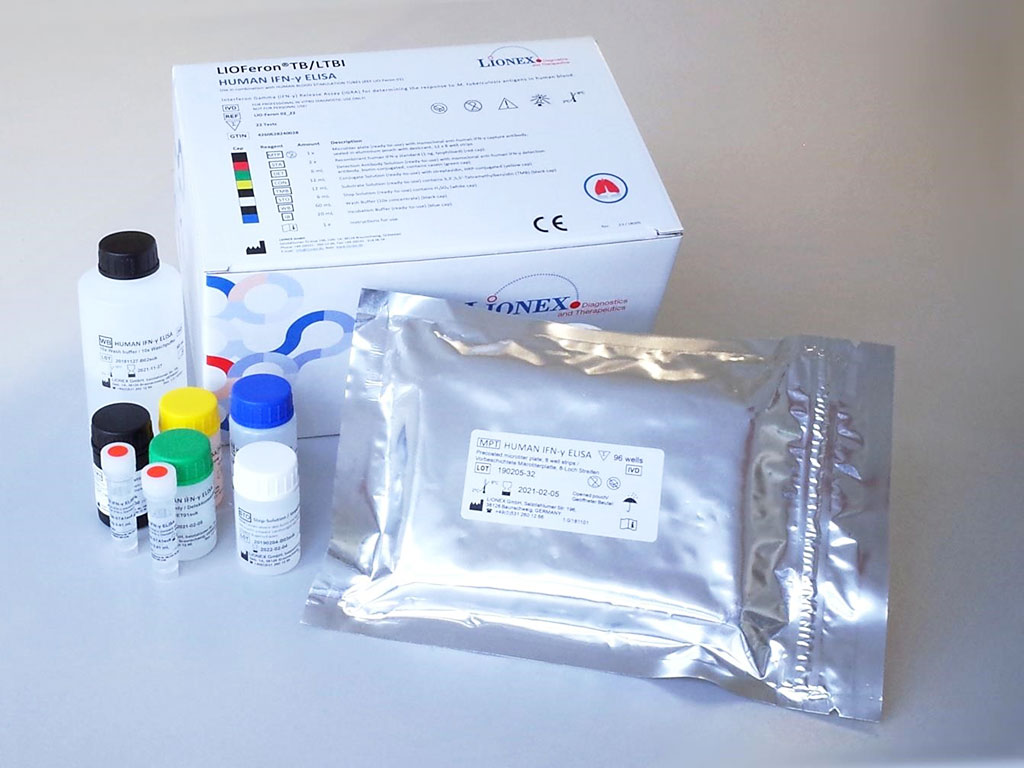 Image: The LIOFeron TB/LTBI is a novel interferon-gamma release test for diagnosing latent tuberculosis (LTBI)/TB infection (Photo courtesy of Lionex GmbH).
Tuberculosis (TB), caused by Mycobacterium tuberculosis (MTB) complex organisms, is still one of the most prevalent human infections worldwide estimated in 2018 with 1.2 million deaths among human immunodeficiency virus (HIV)-negative people and an additional 251,000 deaths from TB among HIV-positive people.

Additionally, 1.7 billion people in the world’s population harbor a latent tuberculosis infection (LTBI) and thus they are at risk of developing active TB disease during their lifetime Consequently, urgent action is required to improve the diagnosis of both active TB and latent infection in order to set-up new screening tests for MTB that can be used for public health to detect and treat individuals who are at high risk of developing active TB.

Clinical scientists at the University of Florence (Florence; Italy) and their colleagues consecutively enrolled a total of 250 subjects that included 151 healthy subjects, 66 active TB patients and 33 subjects with LTBI. Diagnosis of active TB cases relied on clinical, microbiological and radiological findings. A group of 139 blood donors was recruited in Blood Center, Almaty, Kazakhstan; they were designated as “conditionally healthy” since all were negative by annual fluorographic examination.

The blood of all the patients was tested with LIOFeron TB/LTBI assay (Lionex GmbH (Braunschweig, Germany), containing MTB alanine dehydrogenase, able to differentiate active TB from LTBI diagnosis. This assay is an interferon-gamma release assay (IGRA) and the optical density (OD) was quantified at 450 nm with a spectrophotometer (Multiskan Go, Thermo Scientific, Waltham, MA, USA). For comparison the assay was compared with the QuantiFERON-TB Gold Plus assay (Qiagen, Hilden, Germany).