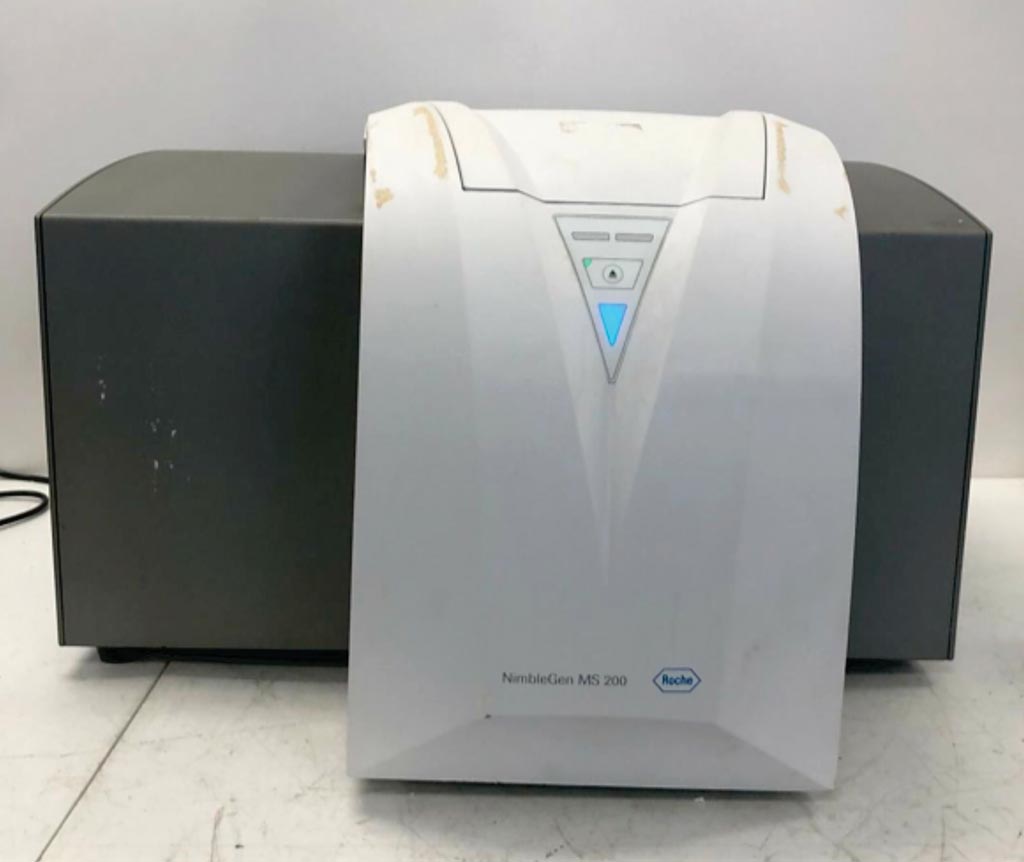 Image: The NimbleGen MS 200 CGH LOH microarray detection scanner (Photo courtesy of Roche).
Approximately 20% of the kidney waiting list in the USA consists of candidates whose allografts have failed. Acute rejection is one of the strongest predictors of decreased allograft survival.

In the context of kidney transplantation, genomic incompatibilities between donor and recipient may lead to allosensitization against new antigens. A new form of genetic mismatch, or “genomic collision”, has been identified between kidney transplant recipients and organ donors that appears to increase the risk of allograft rejection.

A large team of scientists led by those at Columbia University (New York, NY, USA) performed a two-stage genetic association study of kidney allograft rejection. The study aimed at uncovering high-priority copy number variants influencing kidney allograft rejection in more than 700 transplant recipients. In particular, they focused on the so-called genomic collision situations, in which transplant recipients carried two copies of a deletion that was not homozygous in the organ donor.

The identification of alloantibodies was performed with the use of protein arrays, enzyme-linked immunosorbent assays (ELISAs), and Western blot analyses. The team used the NimbleGen array-based comparative genome hybridization to search for 50 suspicious deletions affecting protein-coding parts of the genome in 705 kidney transplant recipients. From there, they searched for associations with kidney allograft rejection in a “time-to-event survival analysis” in the patients, who were followed for more than eight-and-a-half years, on average.

In the discovery cohort, which included 705 recipients, they found a significant association with allograft rejection at the LIMS1 locus represented by rs893403 (hazard ratio with the risk genotype versus the non-risk genotypes, 1.84). This effect was replicated under the genomic-collision model in three independent cohorts involving a total of 2,004 donor–recipient pairs (hazard ratio, 1.55). In the combined analysis (discovery cohort plus replication cohorts), the risk genotype was associated with a higher risk of rejection than the non-risk genotype (hazard ratio, 1.63). The team identified a specific antibody response against LIMS1, a kidney-expressed protein encoded within the collision locus. The response involved predominantly IgG2 and IgG3 antibody subclasses.

The team got further evidence for the hypothesis following a functional analysis of the rejection-related risk variant, and sero-reactivity experiments that relied on protein array data for hundreds more kidney transplant recipients who did or did not experience allograft rejection. The authors noted that the LIMS1 protein also appears to be expressed in other commonly transplanted organs, including the heart and lung, though they cautioned that follow-up studies will be useful in determining whether our findings are generalizable to other organs. The study was published on May 16, 2019, in The New England Journal of Medicine.