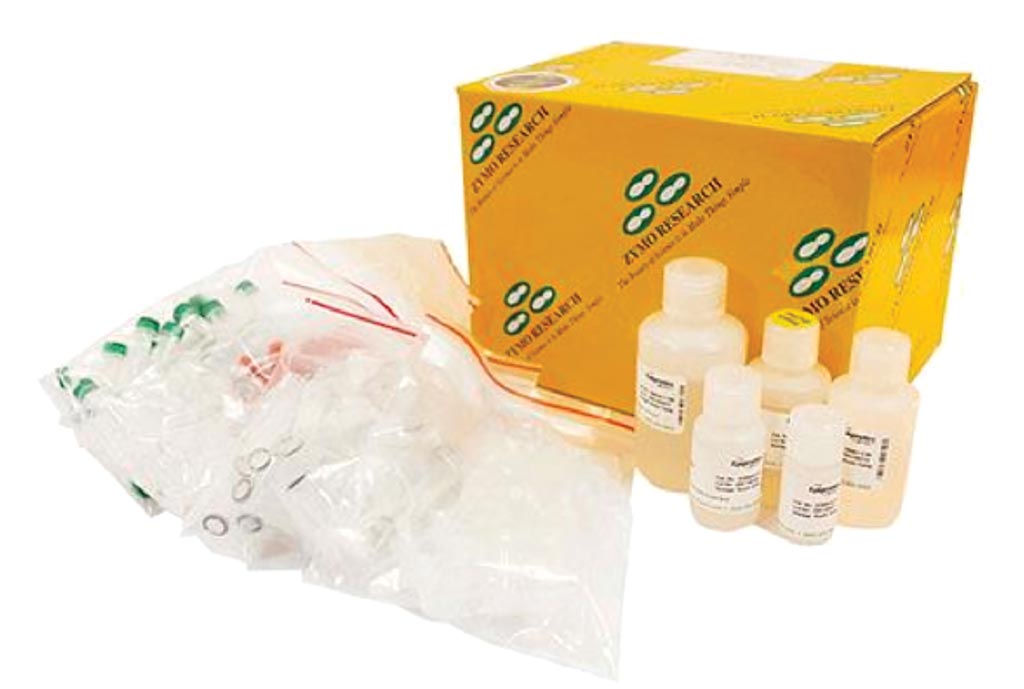 Image: The ZymoBIOMICS DNA Mini Kit is designed for purifying DNA from any sample input that is immediately ready for microbiome or metagenome analyses (Photo courtesy of Zymo Research).
Pancreatic cystic neoplasms (PCN) are increasingly detected in the general population. They comprise a clinically challenging entity with potential to progress to invasive cancer. The disease is often discovered late, which means that in most cases the prognosis is poor.

However not all pancreatic tumors are cancerous. For instance there are so-called cystic pancreatic tumors (pancreatic cysts), many of which are benign. A few can, however, become cancerous. It is currently difficult to differentiate between these tumors. To rule out cancer, many patients therefore undergo surgery, which puts a strain both on the patient and on the healthcare services.

The investigators reported that intracystic bacterial 16S DNA copy number and IL-1β protein quantity were significantly higher in intraductal papillary mucinous neoplasms (IPMN) with high-grade dysplasia and IPMN with cancer compared with non-IPMN PCNs. Despite high interpersonal variation of intracystic microbiota composition, bacterial network and linear discriminant analysis effect size analyses demonstrated co-occurrence and enrichment of oral bacterial taxa including Fusobacterium nucleatum and Granulicatella adiacens in cyst fluid from IPMN with high-grade dysplasia. They also found that the presence of bacterial DNA was higher in patients who had undergone invasive pancreas endoscopy, a procedure that involves the insertion of a flexible tube into the mouth to examine and treat pancreatic conditions thus the possible transfer of oral bacteria into the pancreas.

Margaret Sällberg Chen, DDS, PhD, a senior lecturer and corresponding author of the study, said, “We find most bacteria at the stage where the cysts are starting to show signs of cancer. What we hope is that this can be used as a biomarker for the early identification of the cancerous cysts that need to be surgically removed to cure cancer; this will in turn also reduce the amount of unnecessary surgery of benign tumors.” The study was published on March 14, 2019, in the journal GUT.