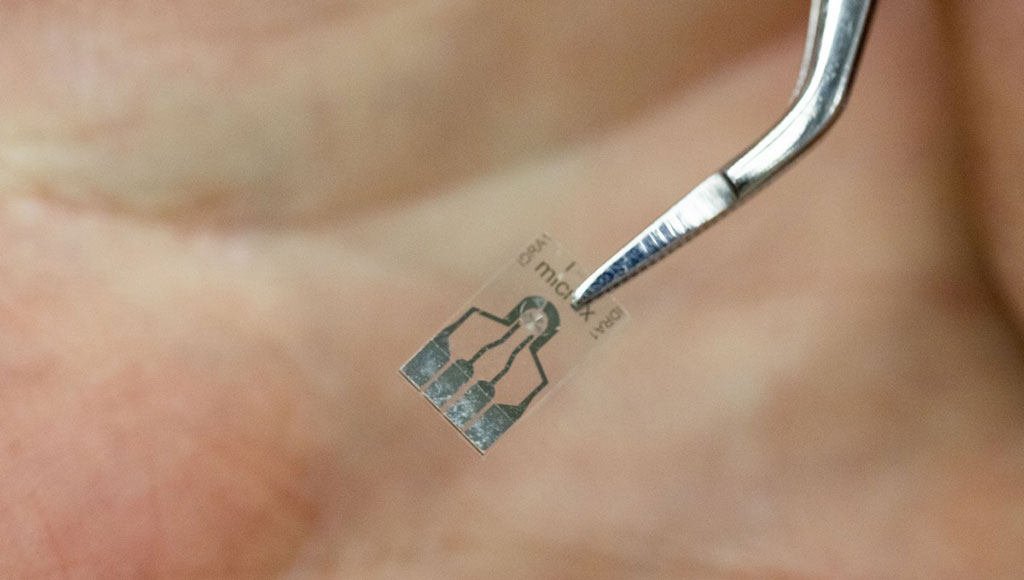 Image: A new sensor device can determine cholesterol levels in the blood (Photo courtesy of UrFU)

Total cholesterol contained in the body within normal limits is an important substance, without which the proper functioning of the body is impossible. Elevated blood cholesterol is a symptom of a number of diseases, such as atherosclerosis, hereditary diseases, chronic kidney failure, nephroptosis, hypertension, liver disease, pancreatic diseases. Now, scientists have developed a new sensor device for determining cholesterol levels in the blood. The system does not use protein compounds, namely enzymes. Chemists replaced them with an inorganic analogue - copper chloride. This allowed to make the process of creating cholesterol meters cheaper, to make blood testing easier, faster and more accessible.

To measure cholesterol levels with the new device developed by scientists at the Ural Federal University (UrFU, Ekaterinburg, Russia), a small amount of blood is enough. The blood is placed in an analyzing chip containing a solution of copper chloride in acetonitrile. An electrode is integrated into this chip, which is connected to a voltammetric analyzer that gives the results of the analysis. The advantage of the new chip analyzing cholesterol levels is also that it contains magnetic nanoparticles with polymers with molecular imprints that selectively sorb cholesterol, screening out any other substances characteristic of blood composition.

The microfluidic chip, in which all elements of the system are integrated, is printed on a 3D printer, which also facilitates the production process of the device, making it faster. Scientists note that the first test they conducted not on biological samples, but on model solutions that mimic blood serum. The next stage of the researchers' work is to test the system on real blood samples.

"Cholesterol determination is currently performed using colorimetry, chromatography, and enzymes. However, these methods use either extremely aggressive reagents or complex and expensive equipment, or - as recognizing and sensitive elements that determine cholesterol levels - enzymes - biological molecules that are extracted from living organisms. For example, the enzyme cholesterol oxidase is produced by some species of bacteria. Also enzymes are natural polymers, proteins, therefore, they are prone to denaturation and require certain storage conditions, temperature and acidity regimes. We decided to select a non-biological analogue of this enzyme to make the process of cholesterol analysis cheaper, easier and faster. One of the most affordable options is copper chloride, which we first discovered to be highly sensitive to cholesterol," explained Andrey Okhokhonin, Associate Professor at the Ural Federal University Department of Analytical Chemistry.

"Molecular imprinted polymers are needed to effectively separate cholesterol from other substances in the blood. After trying several options, we chose ethylene glycol dimethacrylate as the crosslinking agent and vinylpyridine as the functional monomer. The polymer synthesized on the surface of magnetic nanoparticles effectively sorbs cholesterol, so we can talk about high selectivity of analysis, as no other substances interfere," emphasized Ohokhonin.